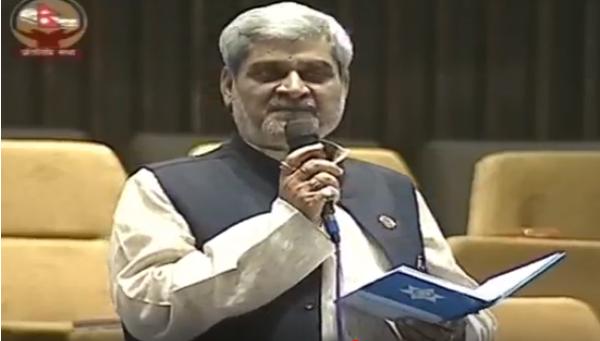 KATHMANDU, Aug 1: Lawmaker of the ruling Nepal Communist Party Hridayash Tripathi has urged the government to launch an investigation against those government officials who were involved in issuing fake citizenship certificates in various districts of Terai.

Taking a reference to a recent decision of the cabinet to scrap fake citizenship certificates, Tripathi sought stringent action against those government officials who were involved in issuing fake citizenships.

"We have heard only of penalizing the fake citizenship certificates holders, but never about those officers, who certified their citizenships," said Tripathi.

He also expressed concerns over the ongoing shortage of chemical fertilizer and its adverse impact on the agriculture sector in the future.

Similarly, he drew the attention of the government on payment delay to sugarcane farmers. "The sugarcane farmers have not been able to get subsidies due to stricter policies introduced by the Agriculture Ministry," he said.

The government had decided to provide 65 rupees 28 paisa per kilogram to sugarcane farmers as an incentive. However, farmers have not been able to get incentives due to stricter policies introduced by the Agriculture Ministry.

Lawmaker Tripathi also urged the government to address the concerns of the timely payment to the sugarcane farmers.

KATHMANDU, Sept 3: Members of Parliamentary State Affairs and Good Governance Committee were sharply divided over some of the provisions... Read More...

Rajendra Mahato questions govt, “Is my citizenship canceled?” (with video)