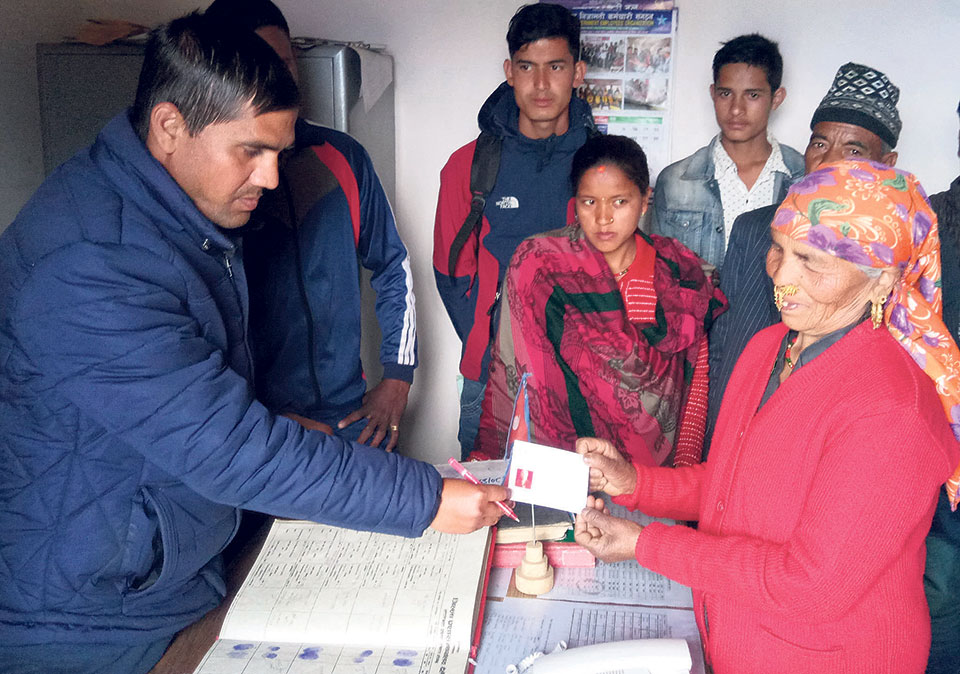 As per the provision of the government, Nepali nationals become eligible for citizenship   after reaching the age of 16. However, Dhansara and many other locals of her age weren't aware about the importance of citizenship in the past. As a result, they were deprived of various rights and privileges from the government.  After getting the recommendation from the ward office and the rural municipality, Dhansara reached the DAO along with her son for getting her citizenship.

Dhansara who was born on June 3, 1937 was provided with the citizenship by the acting chief of the DAO, Hari Prasad Devkota. Earlier, her husband used to reach to the district headquarters for everything. Unfortunately, he died 16 years ago.
"I never had to go to the district headquarters for anything since it is a long way from our village," said Dhansara.  She further informed that she spent most of her life in India along with her husband due to which she never felt the need of having a citizenship. As she reached the twilight of her age, she had a desire to acquire a citizenship before her death.

Acting chief Devkota expressed his happiness that Dhansara understood the importance of citizenship in her sunset years.

Rajendra Mahato questions govt, “Is my citizenship canceled?” (with video)

KATHMANDU, Dec 8: Parliament's State Affairs Committee (SAC) is to ask the Home Ministry how many certificates of citizenship by birth... Read More...

Third sex should be provided citizenship based on gender orientation: Chaudhary

SINDHULI, April 10: The Blue Diamond Society (B DS), an umbrella organization of the LGBTs, has claimed that there are... Read More...

Private hospitals in Kathmandu charging up to Rs 50,000 per bed a day for COVID-19 treatment
13 hours ago

Hotels providing quarantine services can charge no more than Rs 3,000 per person a day
12 hours ago