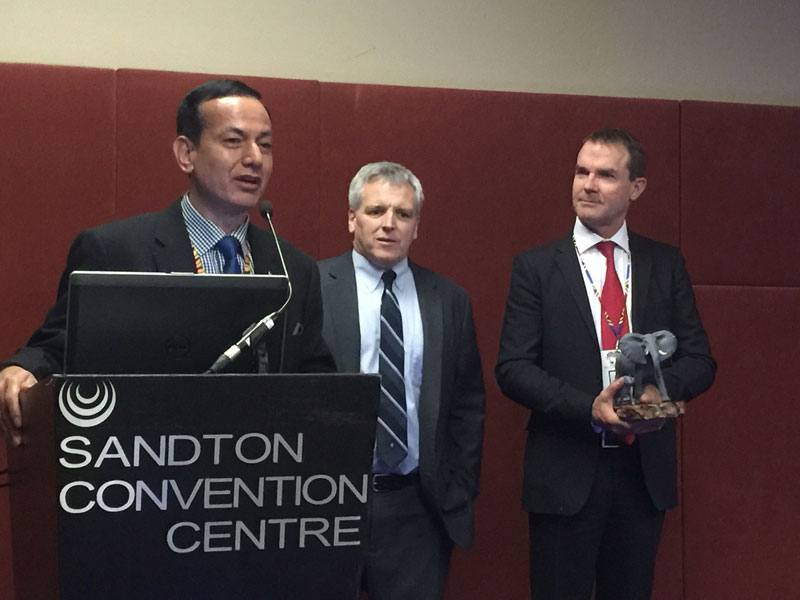 KATHMANDU, Oct 5: The Central Investigation Bureau (CIB) of Nepal Police has been honored with the Clark R Bavin Wildlife Law Enforcement Award on Monday for its 'exceptional' contribution in combating wildlife trafficking in Nepal.

The award was presented to CIB Director DIG Nawaraj Silwal at the 17th Conference of the Parties (CoP) of the Convention on International Trade in Endangered Species of Wild Fauna and Flora (CITES) in Johannesburg, South Africa. Agencies from nine countries were awarded in different categories during the function.

Clark R Ravin award, one of the prominent awards that is only presented during CITES CoPs, is presented by the US-based Animal Welfare Institute (AWI) that recognizes individuals, organizations and agencies that have demonstrated excellence in combating wildlife crime.

After receiving the award, CIB Director Silwal said, “It provided us with encouragement to work even harder and more efficiently on the days ahead.”

He further said that he was thankful to the organizations for judging CIB of Nepal Police for the best law enforcement agency in the world. “During the award ceremony, I called upon the world community to work together to fight the transnational criminals,” he added via email.

The Wildlife Pillar of CIB had performed some exceptional works to combat organized wildlife trafficking within the trans-Himalayan region. The efforts of CIB has helped in bringing down smuggling of rare parts of tigers, rhinos and elephants leading to the success of 'zero poaching year,' that has been observed since 2011.

Issuing a press statement, AWI President Cathy Liss said, “The dedication of the award winners should be an example to all who cherish the biodiversity on this planet and to those who are committed to justice against wildlife criminals.”

Since 1997, 96 individuals and/or agencies from 30 countries have received the Clark R Bavin Wildlife Law Enforcement Award. The award is named after the late chief of the office of law enforcement of the US Fish and Wildlife Service.

Bavin substantially elevated the fight against wildlife crime in the United States and internationally, pioneering the use of covert investigations and sting operations to expose illegal wildlife trade, according to the AWI. 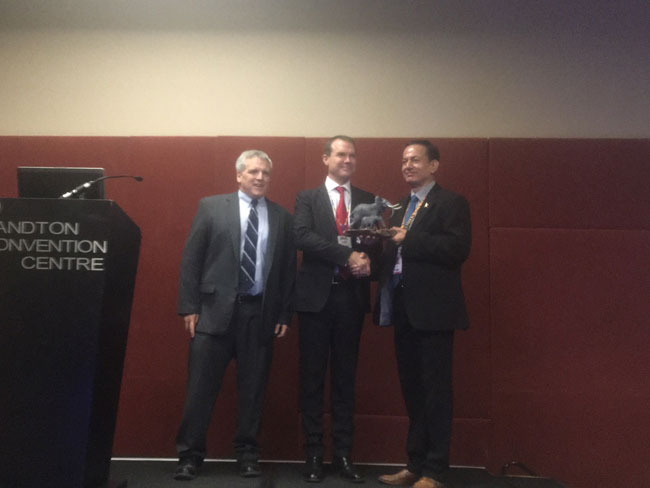 Five farmers to be honored with President Award

Nobel literature laureate Toni Morrison is collecting another prestigious prize. The Pulitzer Prize-winning novelist is scheduled to be presented with... Read More...

In Pictures: Demonstration held in support of Rabi Lamichhane
10 hours ago