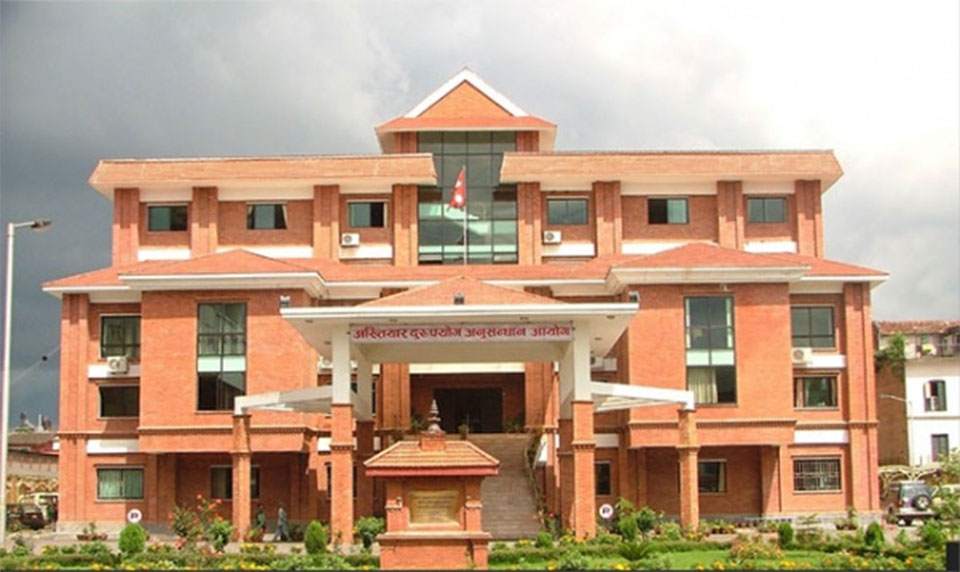 KATHMANDU, Dec 3: Amid growing malpractices in the procurement of equipment, goods and services in mega infrastructure projects, the Commission for the Investigation of Abuse of Authority (CIAA) has circulated a 14-point work plan to all the ministries and agencies concerned in an attempt to end such misconduct.

The work plan named ‘Public procurement and development program reform work plan 2075,’ circulated to those agencies in early October by the anti-graft body has detailed the malpractices and recommended immediate steps to tackle them.

The work plan sent to the Ministry of Physical Infrastructure and Transport (MoPIT) and other agencies concerned states that goods, services and equipment for  mega projects are purchased without needs assessment, technical specifications of the goods and equipment are undermined, and the quality of construction is compromised in lack of proper planning and allocation of resources. The CIAA has said that any financial decision made without conducting needs assessment is regarded as abuse of authority and corruption. Any procurement decisions without resources and budget allocation should be declared void, the CIAA has stated in the document.

The CIAA has also faulted the Public Procurement Monitoring Office (PPMO) for the ongoing malpractices in the mega projects. All the public entities including the MoPIT should without delay formulate clear norms, standards and specifications for the goods and services they procure, the CIAA has said in this document.

Stating that there are no clear policy and guidelines for appointing and paying the project consultants and in most cases their consultancy fees are not stated clearly, the CIAA has faulted the MoPIT for this. The anti-graft body has also said that the PPMO is responsible for the irresponsibility and lack of accountability of the project consultants.

Project cost estimates are grossly inflated using false detailed project reports and contracts are awarded based on such estimates, states the work plan circulated by the anti-graft body to several ministries and agencies.

The CIAA in the work plan has also mentioned that there is a growing tendency of awarding infrastructure project contracts without clearing the project site and this has led to both time and cost overruns further straining the state coffers.

The anti-graft body said that slicing and packaging of projects are done with the aim to stifle competition and award the contracts to select firms. It has recommended working out separate and detailed guidelines for packaging and slicing of development projects. The guidelines should detail the work and technology required for the project, the CIAA said.

The MoPIT and the PPMO are the most responsible entities for implementing the work plan, according to a copy of the CIAA document obtained by Republica. Although the document has not specifically mentioned other public entities involved in implementing mega infrastructure projects, officials of these entities are now exercising extra caution in high-value procurements, according to sources.

KATHMANDU, Feb 6: Ministers in the government have pointed to flaws in the development model of the country for the poor... Read More...