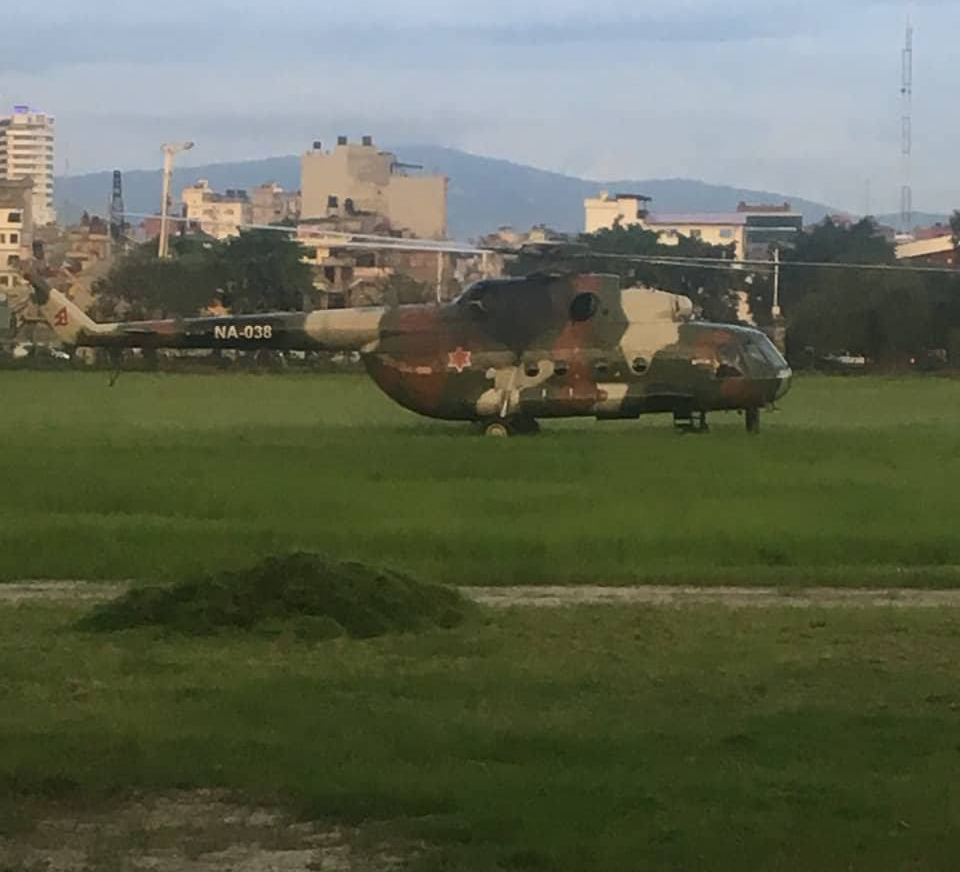 KATHMANDU, July 19: Dr Govinda KC has been airlifted to Kathmandu. The chopper belonging to Nepal Army carrying Dr KC landed at Tudikhel ground. However, it was unclear regarding the hospital where Dr KC will be admitted.

According to the reporter, preparation was made to take Dr KC to Bir Hospital. However, later on, according to his wish, he was rushed to Teaching Hospital.

Earlier, Dr KC had agreed to return to Kathmandu after the forceful intervention of the local administration injured several students and nurses at the Karnali Academy of Health Sciences, where he was staging an indefinite hunger strike since the last 20 days.

KATHMANDU, July 19: After landing in Tudikhel, Dr Govinda KC has been rushed to Maharajgunj based Teaching Hospital. ... Read More...