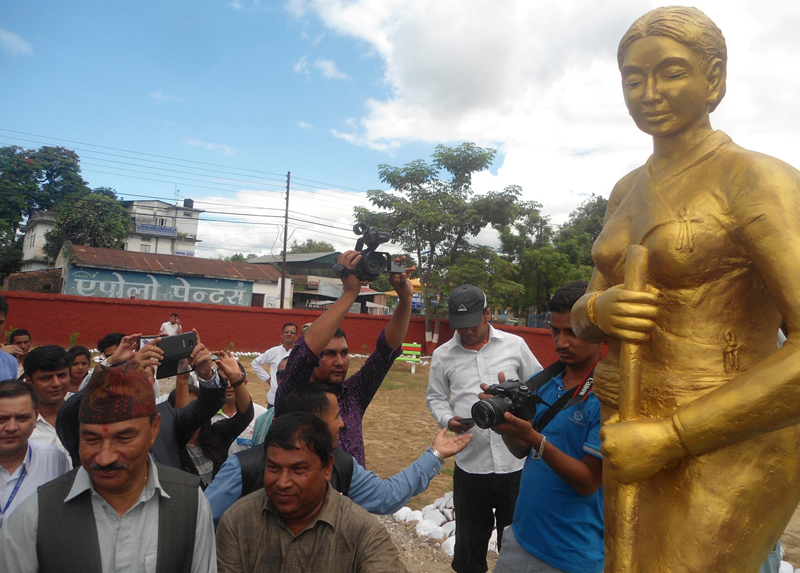 Also the Minister for Federal Affairs and Local Development, Thapa announced this by unveiling the statue of "Chitwan Aama' installed in the DDC premises and planting a sapling of red sandalwood.
On the occasion, he said that there was a huge impact on environment due to ecological imbalance and added that it was necessary to make the country green.

DPM Thapa said that all should engage towards minimizing impact seen due to climate change as well as to control adverse impact on environment due to deforestation and soil erosion.

Before this, DPM Thapa has asked information from local bodies' employees about projects and gave necessary direction to them. RSS