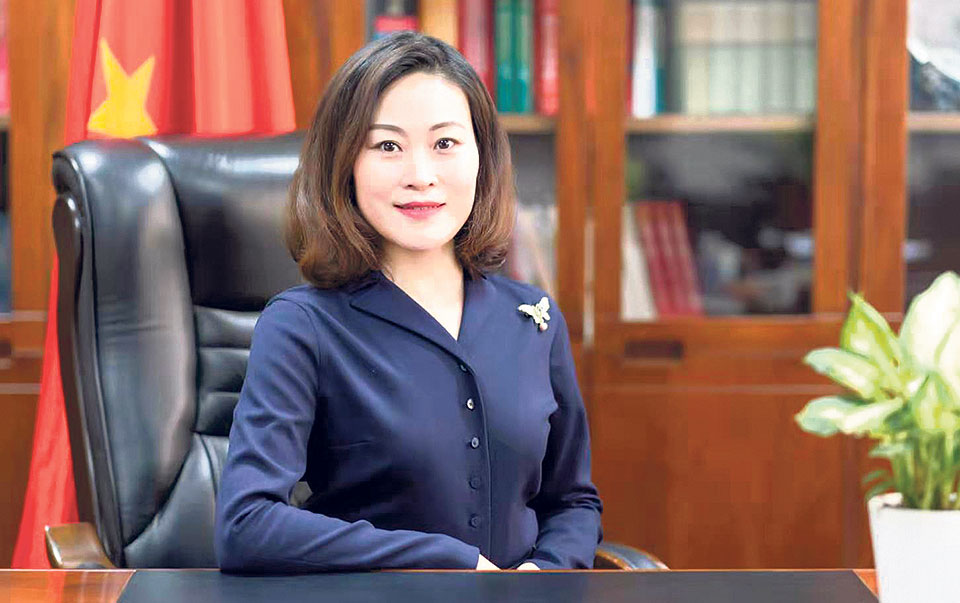 ‘Preventing the spread of the epidemic is the common responsibility of every country.’

KATHMANDU, Feb 5: At a time when the government is preparing to evacuate Nepali nationals from coronavirus affected region of China, Chinese Ambassador to Nepal Hou Yanqi has asked Nepal to first make necessary logistic preparations to ensure that the infection does not spread further.

In an interview with Nepali media on Tuesday, Ambassador Hou expressed concerns that evacuating Nepali nationals currently living in Wuhan—the epicenter of the coronavirus outbreak—could further spread the disease.

“I also noticed some reports regarding Nepal government’s plan to evacuate Nepali nationals from Wuhan. The Chinese side attaches importance to the relevant demands and is in touch with the Nepali side through diplomatic channel,” she said.

Ambassador Hou added that preventing the spread of the epidemic is the common responsibility of every country.

“If the Nepali side insists on evacuating its nationals, it is advised that the relevant departments of the Nepali side be fully prepared in terms of airport quarantine, epidemic prevention and control, and seek the advice of the WHO representative in Nepal to prevent the epidemic from spreading,” she said.

The remarks of Ambassador Hou come in the wake of government officials publicly announcing to evacuate Nepali nationals from Wuhan through chartered flights.

Earlier on Saturday, Embassy of Nepal in China had invited online applications from Nepali nationals intending to return home. Over 200 Nepali students and businesspersons in Wuhan of Hubei Province have submitted the applications, expressing their desire to return home.

While stating that the Chinese side attaches great importance to ensuring proper health of foreign nationals in China, Ambassador Hou said the health of Nepali nationals in China has been well protected and no cases of infection have been found so far.

“The competent divisions of the Ministry of Foreign Affairs of China are in close contact with the Embassy of Nepal in China to help resolve the difficulties faced by Nepali students in Wuhan,” she said.

The envoy also said that Foreign Affairs Offices of Hubei Province and Wuhan Municipality and the relevant universities are trying their best to provide logistics for the Nepali nationals.

“For epidemic prevention and control, it is quite reasonable and normal to exert some restrictions on some individuals’ daily life,” she said.

Referring to news reports that some Nepali nationals in China were barred from leaving China, Ambassador Hou said that they were stopped for health and safety reasons.

“To my knowledge, the reason is that their body temperature was detected higher than normal at the airport and they had to postpone their departure due to health and safety considerations,” she said adding that it is a necessary measure to protect their health and others.

The envoy said that they immediately informed authorities concerned in Nepal about the epidemic situation immediately after the coronavirus outbreak in China and cooperated in formulating prevention and control measures in Nepal.

“We have also been in close contact with the World Health Organization representatives in Nepal to fulfill our international obligations,” she said.

The Chinese Embassy in Nepal assigned some staff members in charge to form a joint working group with the above-mentioned departments to share information and prevent and control the epidemic in a joint effort.

“We have noticed that the Nepali side has already installed inspection and quarantine facilities at airports, and designated some hospitals to isolate, diagnose and treat suspected coronavirus patients in the Kathmandu Valley, Chitwan and other places,” she further said, adding that the news that the only Nepali patient, who tested positive had recovered and has been discharged from hospital.

The envoy also said that the Chinese government, acting with a responsible attitude, has asked Chinese travel agencies to stop organizing tourist groups visiting abroad since January 26 in order to prevent the spread of the epidemic.

Chinese authorities have also taken necessary inspection and control measures in Jilong–Rasuwa Port and Zhangmu–Kodari Port to prevent and control the epidemic and some airline companies have suspended flights between the two countries as a result of reduced volume of passengers.

Ambassador Hou said these measures were necessary to ensure safety of the people of the two countries, which will also inevitably affect trade exchanges between China and Nepal to some extent.

“However, these difficulties are temporary. I believe that soon after the epidemic has been brought under control, the personal and trade exchanges between the two countries will resume,” she added.

A good night's sleep after so long for China evacuees

BHAKTAPUR, Feb 18: Nepalis evacuated from Hubei province in China and kept in quarantine at Kharipati , Bhaktapur because of... Read More...

KATHMANDU, Feb 1: China on Saturday said that it is doing every effort to ensure the medical care of foreign... Read More...

Flood sweeps away a vehicle in Dang
9 hours ago