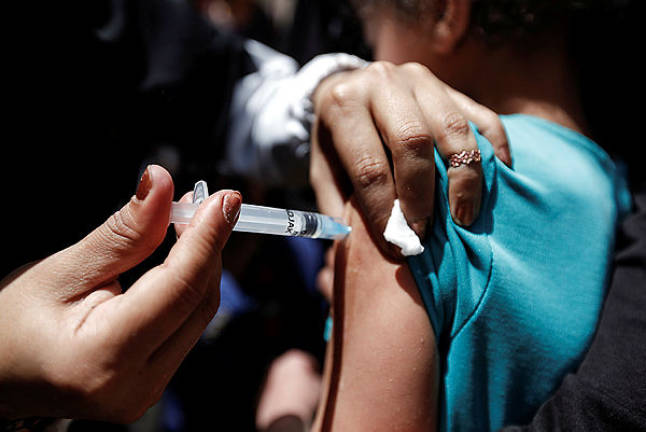 SHANGHAI, Jan 11: At least 145 children were administered expired polio vaccines in eastern China, state media reported, despite the government promising to prevent such lapses in the industry following a major scandal last year.

Three county-level health officials in Jiangsu province have been dismissed since the case came to light earlier this week - the latest to raise public health concerns - according to an announcement by the Jinhu county government.

A parent discovered earlier this week that a batch of orally administered polio vaccines were being given to children at a county-run health facility nearly one month after their Dec 11 expiration date, state broadcaster CCTV reported on Thursday (Jan 10).

The local government has since found that 145 children received the vaccines between Dec 11 and Jan 7, CCTV said, quoting a government source.

Local health officials have said the expired vaccines would have decreased efficacy but should not cause adverse health effects.

The World Health Organisation's website says that people given such vaccines that have expired are "unlikely to get sick as a reaction to receiving the vaccine" but warns that they might not be adequately immunised.

CCTV said some parents reported adverse reactions among children, including vomiting and drowsiness, but it was unclear if this was just a normal allergic reaction to the medicine.

Beijing announced a nationwide cleanup of the country's vaccine industry last year after it emerged that a major Chinese manufacturer of rabies vaccines had fabricated records.

The authorities maintain that affected rabies vaccines did not enter the market, but the case triggered public outrage over frequent safety scares involving sub-par or toxic food, drugs and other products despite repeated government crackdowns.

Besides the three Jinhu county health officials who were dismissed, five other local staff are under investigation, the regional government said.

The vaccines have been ordered sealed and the county has launched inspections of all health-related departments.

The polio vaccine is provided free by the government for children between two months and four years old.

UPDATE: Nine die, nine injured in landslides in Kaski and Lamjung
51 minutes ago

At least 11 missing in Myagdi floods
55 minutes ago