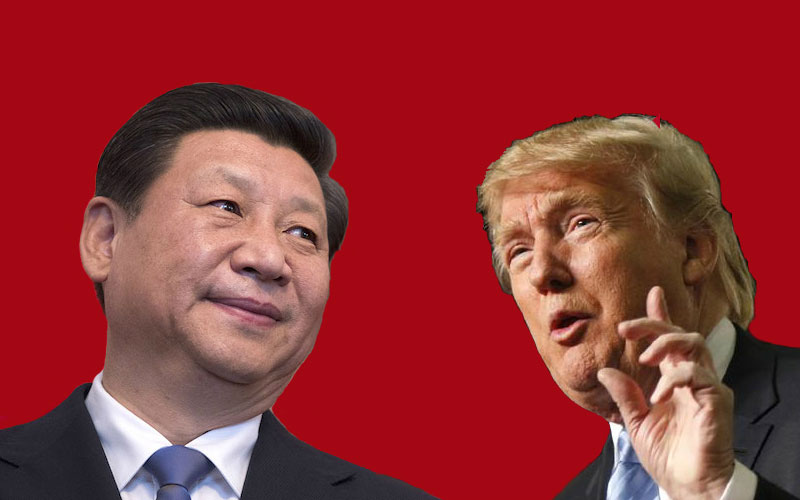 Xi's comments in a phone call with Trump follow Beijing's displeasure over U.S. arms sales to rival Taiwan, U.S. sanctions against a Chinese bank over its dealings with North Korea and, most recently, the sailing of a U.S. destroyer within the territorial seas limit of a Chinese-claimed island in the South China Sea.

According to state media, Xi told Trump in their call that Beijing expects Washington to continue managing relations on the basis of the "one China" principle that rules out formal contacts with Taiwan, which China claims as its own territory.

"Xi Jinping emphasized that, since my meeting with the president at Mar-a-Lago, China-U.S. relations have achieved important outcomes," state broadcaster China Central Television reported, referring to Xi's meeting with Trump in Florida in April. "At the same time, bilateral relations have been affected by some negative factors. China has expressed its position to the U.S."

Seeking to lighten the message slightly, Xi also said that China-U.S. relations had achieved "important outcomes" since the Florida meeting.

It's unclear whether any of those issues will come up in discussions at the G-20 summit in Germany this week, at which Trump and Xi are expected to hold a bilateral meeting.

But it now appears that China is pushing back against the U.S. pressure, setting the stage for a potential confrontation.

China's foreign ministry accused the U.S. of violating Chinese sovereignty and disrupting "peace, security and order of the relevant waters" after the U.S. Navy destroyer USS Stethem sailed Sunday within 12 nautical miles (22 kilometers) of tiny Triton island, which is claimed by China, Taiwan and Vietnam.

China's defense ministry issued a similar statement Monday, saying it would beef up patrols and take precautions commensurate with the threat level to safeguard "national sovereignty and security."

Trump and his top aides have done little to hide their irritation over what they see as the reluctance by China, North Korea's main economic partner, to tighten the screws on Pyongyang over its nuclear and missile programs.

Until recently, American officials had been describing China as a partner in their strategy to prevent North Korea from developing the ability to strike the U.S. mainland with nuclear weapons. While China has agreed to sanctions, it is wary of measures that could cause the regime's collapse, leaving a united, U.S.-backed Korea on its border.

However, Trump hinted last month at his loss of patience, tweeting that his bid to secure a tougher Chinese approach "has not worked out."

Asked about the state of ties, Chinese foreign ministry spokesman Geng Shuang said Monday that it was normal to encounter "some issues in the process of developing the bilateral relationship."

"We believe that the significance of our bilateral relationship has already exceeded the bilateral scope and is exerting important influence on the development of the whole world," Geng told reporters at a regularly scheduled press briefing.

Along with Xi, Trump also spoke with Japanese Prime Minister Shinzo Abe, with whom he reaffirmed a shared commitment to dealing with North Korea, the White House said. It said the president also looked forward to meeting Abe at the upcoming G-20 summit in Hamburg.

Abe praised Trump for the recent U.S. sanctions on the small Bank of Dandong over its alleged support for North Korea's nuclear program, according to Japanese Chief Cabinet Secretary Yoshihide Suga. That severs the bank entirely from the U.S. financial system, pending a 60-day review period.

Suga said that during their 35-minute phone conversation, the two leaders reaffirmed close coordination between their countries and South Korea in stepping up pressure on North Korea.

The talks were meaningful for the two leaders "to be on the same page" about their approach to North Korea ahead of the G-20 summit, Suga said.