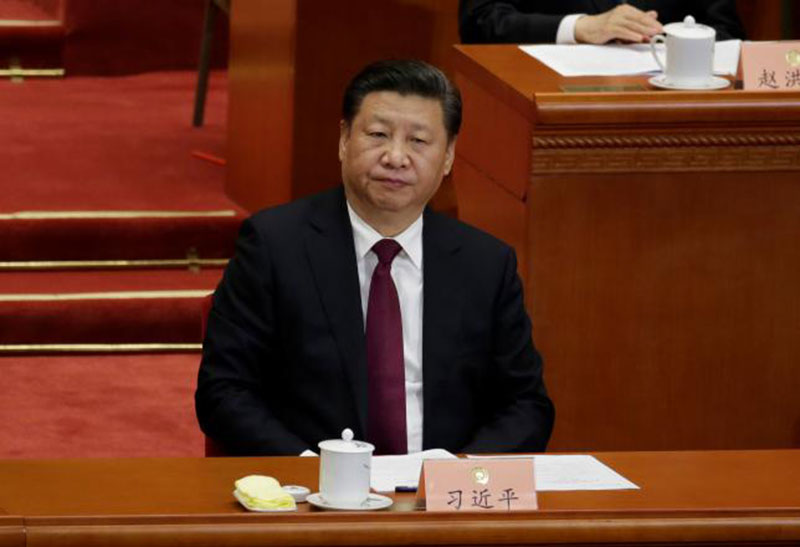 Chinese President Xi Jinping will travel to the United States to meet President Donald Trump at his Mar-a-Lago retreat in Florida on April 6-7, China's Foreign Ministry said on Thursday, its first official confirmation of the highly anticipated summit.

It will be Xi's first meeting with Trump, whose presidency began on Jan. 20, and comes as the two sides face pressing issues, ranging from North Korea and the South China Sea to trade disputes.

Ministry spokesman Lu Kang made the announcement at a daily news briefing.

He did not give any more details of the meeting agenda, but spoke of the need to see the big picture while fostering mutual interests in trade relations.

"Both sides should work together to make the cake of mutual interest bigger and not simply seek fairer distribution," he said in response to a question about trade frictions.

Beijing had previously said that preparatory work for the meeting was underway. But it had not yet confirmed the trip, despite western media reports on a scheduled meeting and an announcement by the Finnish government that Xi would make a brief stop in Finland on April 5.

The summit will follow a string of other recent U.S.-China meetings and conversations aimed at mending ties after strong criticism of China by Trump during his election campaign.

U.S. Secretary of State Rex Tillerson ended a trip to Asia this month in Beijing, agreeing to work together with China on North Korea and stressing Trump's desire to enhance understanding.

China has been irritated at being repeatedly told by Washington to rein in North Korea's nuclear and missile programs and by the U.S. decision to base an advanced missile defense system in South Korea.

Beijing is also deeply suspicious of U.S. intentions towards self-ruled Taiwan, which China claims as its own.

During his election campaign, Trump accused China of unfair trade policies, criticized its island-building in the strategic South China Sea, and accused it of doing too little to constrain North Korea.

Trump also incensed Beijing in December by taking a phone call from Taiwanese President Tsai Ing-wen and later saying the United States did not have to stick to the so-called "one China" policy.

He later agreed in a phone call with Xi to honor the long-standing policy and has also written to Xi since seeking "constructive ties."

Bodies float down Ganges as nearly 4,000 more die of COVID in India
14 hours ago

35 killed in Gaza, 3 in Israel, as violence escalates
16 hours ago