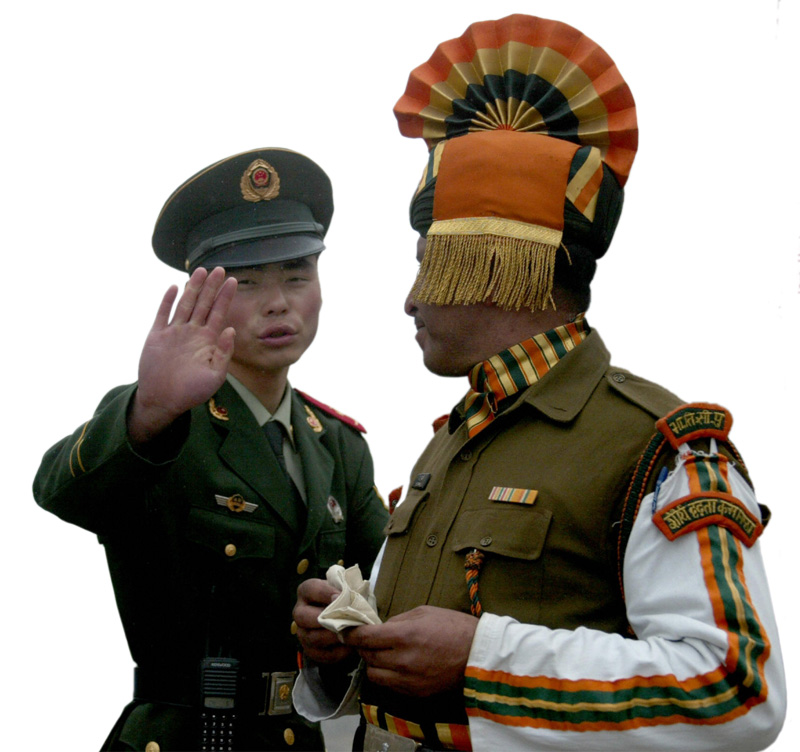 China’s fast-growing trade surplus with India has increased President Xi’s territorial assertiveness
Bite by kilometer-size bite, China is eating away at India’s Himalayan borderlands. For decades, Asia’s two giants have fought a bulletless war for territory along their high-altitude border. Recently, though, China has become more assertive, underscoring the need for a new Indian containment strategy.

On average, China launches one stealth incursion into India every 24 hours. Kiren Rijiju, India’s Minister of State for Home Affairs, says the People’s Liberation Army is actively intruding into vacant border space with the objective of occupying it. And according to a former top official with India’s Intelligence Bureau, India has lost nearly 2,000 square kilometers to PLA encroachments over the last decade.

The strategy underlying China’s actions is more remarkable than their scope. On land, like at sea, China uses civilian resources—herders, farmers, and grazers—as the tip of the spear. Once civilians settle on contested land, army troops gain control of the disputed area, paving the way for the establishment of more permanent encampments or observation posts. Similarly, in the South China Sea, China’s naval forces follow fishermen to carve out space for the reclamation of rocks or reefs. In both theaters, China has deployed no missiles, drones, or bullets to advance its objectives.

China’s non-violent terrestrial aggression has garnered less opposition than its blue-water ambition, which has been challenged by the United States and under international law (albeit with little effect). Indian leaders have at times even seemed to condone China’s actions. During a recent panel discussion in Russia, for example, Indian Prime Minister Narendra Modi said that although China and India are at odds over borders, it was remarkable that “in the last 40 years, not a single bullet has been fired because of [it].” The Chinese foreign ministry responded by praising Modi’s “positive remarks.”

Moreover, Modi’s predecessor, Manmohan Singh, used to claim that, in their 5,000-year history, India and China fought only one war, in 1962. What this rose-tinted history failed to acknowledge was that China and India became neighbors only after China annexed the buffer Tibet in 1951.

Given India’s accommodating rhetoric, it is easy to view the country as a paper tiger. While Modi has used the phrase “inch toward miles” as the motto of India-China cooperation, the PLA has continued its cynical territorial aggrandizement by translating that slogan into incremental advance. After spending so many years on the defensive, India must retake the narrative.

The first order of business is to abandon the platitudes. Modi’s calls for border peace and tranquility might be sincere, but his tone has made India look like a meek enabler.

The absence of clarity about the frontier—China reneged on a 2001 promise to exchange maps with India—serves as cover for the PLA’s aggression, with China denying all incursions and claiming that its troops are operating on “Chinese land.” But, by acquiescing on bilateral trade—the dumping of Chinese-made steel on the Indian market is just one of many examples—India has inadvertently helped foot the bill for the PLA’s encirclement strategy.

China’s financial regional leverage has grown dramatically in the past decade, as it has become almost all Asian economies’ largest trade and investment partner. In turn, many of the region’s developing countries have moved toward China on matters of regional security and transport connectivity. But, as Modi himself has stressed, there remains plenty of room for India to engage in Asia’s economic development. A more regionally integrated Indian economy would, by default, serve as a counterweight to China’s territorial expansion.

India should also beef up its border security forces to become a more formidable barrier to the PLA. India’s under-resourced Indo-Tibetan Border Police, under the command of the home ministry, is little more than a doorman. Training and equipping these units properly, and placing them under the command of the army, would signal to China that the days of an open door are over.

If the tables were turned, and Indian forces were attempting to chip away at Chinese territory, the PLA would surely respond with more than words. But in many cases, Indian border police patrolling the area don’t even carry weapons. With such a docile response, China has been able to do as it pleases along India’s northern frontier. China’s support of the Pakistani military, whose forces often fire at Indian troops along the disputed Kashmir frontier, should be viewed in this light.

The PLA began honing its “salami tactics” in the Himalayas in the 1950s, when it sliced off the Switzerland-size Aksai Chin plateau. Later, China inflicted a humiliating defeat on India in the 1962 border war, securing peace, as a state mouthpiece crowed in 2012, on its own terms. Today, China pursues a “cabbage” approach to borders, cutting off access to an adversary’s previously controlled territory and gradually surrounding it with multiple civilian and security layers.

Against this backdrop, the true sign of Himalayan peace will not be the holstering of guns, but rather the end of border incursions. India’s accommodating approach has failed to deter China. To halt further encroachments, India will need to bare its own teeth.

In case you needed any more proof that life is unfair, a dog managed to get his paws on an... Read More...

Trade through Tatopani suspended for 20 days
28 minutes ago