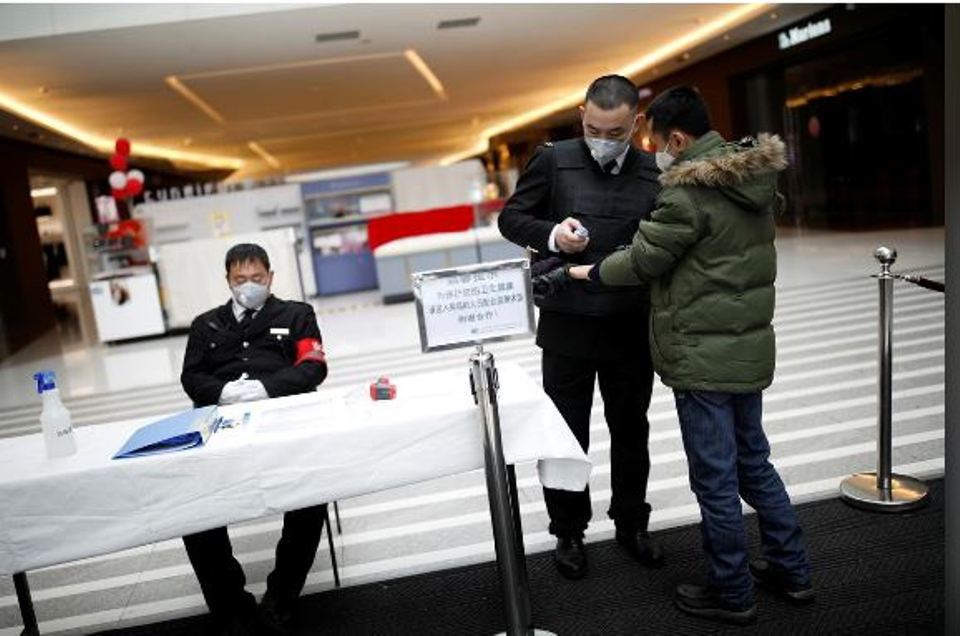 A man has his body temperature measured at a booth set up at an entrance to a shopping mall as the country is hit by an outbreak of the new coronavirus, in Beijing, China February 3, 2020. REUTERS/Carlos Garcia Rawlins

BEIJING, Feb 3: The United States has taken actions that create and spread fear following a coronavirus outbreak in China, instead of offering any significant assistance, the Chinese foreign ministry said on Monday.

The United States was the first nation to suggest partial withdrawal of its embassy staff, and the first to impose a ban on Chinese travelers, said ministry spokeswoman Hua Chunying.

“All it has done could only create and spread fear, which is a bad example,” Hua told an online news briefing, adding that China hoped countries would make judgements and responses that were reasonable, calm and based on science.

The United States began evacuating U.S. citizens from the central Chinese city of Wuhan, where the virus is believed to have first emerged late last year, on Jan. 28.

The World Health Organization on Jan. 30 declared the accelerating outbreak a global emergency. On the same day, the U.S. State Department raised its travel advisory for China.

“It is precisely developed countries like the United States with strong epidemic prevention capabilities and facilities that have taken the lead in imposing excessive restrictions contrary to WHO recommendations,” Hua said.