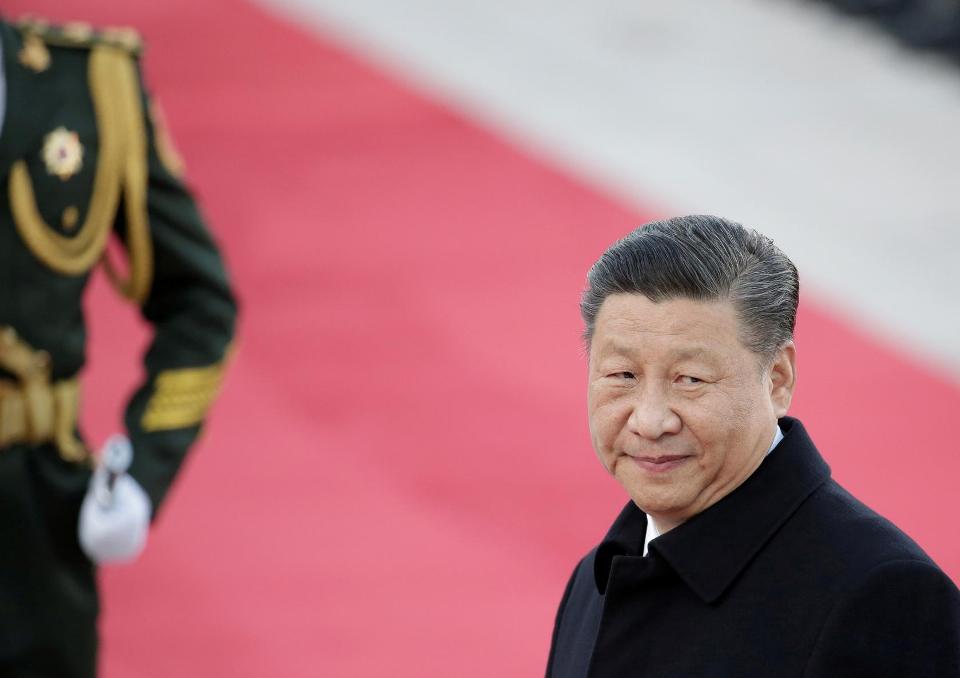 SINGAPORE/BEIJING (Reuters) - As China struggles to deal with the slowdown of the world’s second-largest economy, it has embarked on a new strategy of placing financial experts in provinces to manage risks and rebuild regional economies.

Since 2018, President Xi Jinping has put 12 former executives at state-run financial institutions or regulators in top posts across China’s 31 provinces, regions and municipalities, including some who have grappled with banking and debt difficulties that have raised fears of financial meltdown.

Only two top provincial officials had such financial background before the last big leadership reshuffle in 2012, according to Reuters research.

The appointments - overseeing economies larger than those of small countries - would appear to put those officials in the fast lane as China prepares a personnel reshuffle in 2022, when about half of the 25 members of the Politburo could be replaced, including Liu He, a vice-premier who is leading economic reform while doubling as chief negotiator in U.S. trade talks.

“Bankers are now in demand, as local governments are increasingly exposed to financial risks,” said Chucheng Feng, a partner at Plenum, an independent research platform in Hong Kong.

“These ex-bankers and regulators are given the task of preventing and mitigating major financial risks.”

The appointments have come as economic growth has slowed to its weakest in nearly three decades, while government infrastructure investment has fallen.

Five regional banks were hit with management or liquidity problem this year, raising the prospect of devastating debt bombs lurking in unexpected corners.

“We need to be well prepared with contingency plans,” the state Xinhua news agency said after a major annual economic meeting headed by Xi this month.

With pressures mounting, local governments are expecting to take the lead in managing their financial scares and cutting the cost of rescue with local intervention, analysts say.

Banks were nationalized after the Communist Party took power in 1949 and many bankers were purged during the Cultural Revolution.

Xi started to stress the importance of financial expertise, and to elevate the status of executives, in 2017.

“Political cadres, especially the senior ones, must work hard to learn financial knowledge and be familiar with financial sectors,” Xi said in a national meeting on financial affairs.

Half of the 12 former financial executives elevated to provincial leadership posts under Xi were born after 1970.

A risk disposal plan for the lender was a milestone this year in resolving problems facing high-risk financial institutions.

Tan Jiong, 53, former deputy head of Industrial & Commercial Bank of China, the world’s largest lender by assets, was appointed in September to Guizhou.

The mountainous southwestern province is the most indebted province in China, according to a report from Guosen Securities, with a debt ratio of 161.7% as of the end of 2017.

To be sure, some top political figures had in the past cut their teeth in the finance industry.

Vice President Wang Qishan was governor of the state-owned China Construction Bank in the early 1990s.