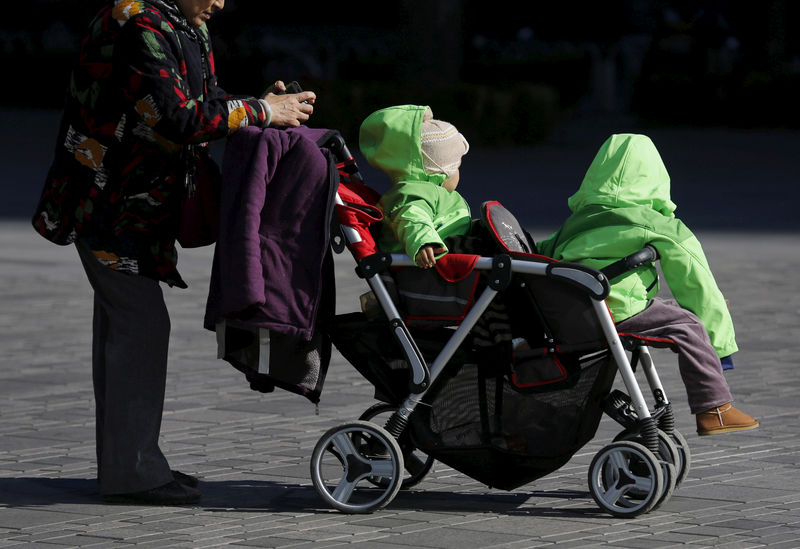 BEIJING, Sept 11: China’s health commission is getting rid of three offices that were previously dedicated to family planning, it announced late on Sunday, the latest signal that Beijing may further reduce restrictions on childbirth to combat an aging population.

State-media has hinted in recent weeks that China, the world’s most populous nation, may be preparing to end its decades-long policy of determining the number of children that couples can have.

Last month, speculation of a further easing mounted after a new stamp unveiled by China Post featured a family of two pigs with three cheerful piglets, followed weeks later by a draft of the civil code dropping all mention of family planning.

Three offices responsible for grassroots implementation of family planning policies have been removed from the new structure of China’s National Health Commission, according to an announcement from the commission.

Instead, a new office for “population monitoring and family development” will be responsible for “improving birth policy and to organize implementation, and to establish and improve the system of extraordinary family assistance for family planning.”

The commission still retains responsibility for “family planning management and facilitation work” and for the “improvement of family planning policy,” it said.

“Family planning” was dropped from the commission’s name in March, as part of a sweeping government overhaul to reform government departments and reduce policymaking red tape.

China has loosened its family planning policy as its population grays, birth rates slow and its workforce declines. In 2016, the government allowed couples in urban areas to have two children, replacing a controversial one-child policy enforced since 1979.

While China’s population growth fell well below the world average under the one-child policy, Chinese policymakers have become wary of falling birth rates and a rapidly growing aging population.

Bloomberg reported in May that China was planning to scrap all limits on the number of children a family can have by the end of 2018.

BEIJING, Nov 12: A $300 bottle of wine sold in the United States and Europe is made in the unlikeliest... Read More...

Sudurpaschim Province Assembly meeting postponed to 4PM today
3 minutes ago
One arrested with Rs 900,000 of undisclosed source
5 minutes ago