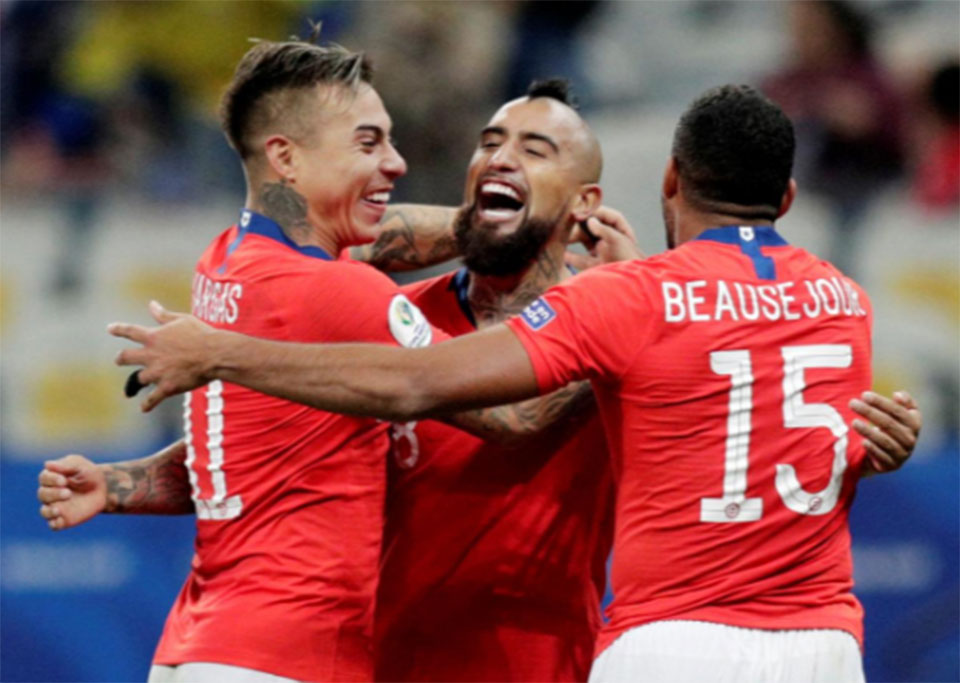 SAO PAULO, June 29: Reigning champions Chile advanced to the semi-finals of the Copa America on Friday after beating Colombia 5-4 in a penalty shootout following a 0-0 draw at the Corinthians arena.

Chile will face either Uruguay or Peru in Wednesday’s semi-final in Porto Alegre. The other semi is between hosts Brazil and Argentina.

Chile had beaten Argentina in the last two finals of the tournament on penalty kicks and they gave Colombian goalkeeper David Ospina no chance on Friday.

“I think we had opportunities (during the game),” said Chile’s Charles Aranguiz. “We didn’t take them and we had to do it on penalties.

“Our team is confident when it comes to penalties, we have won two finals on penalties. So that gives us energy.”

The kick-off at the Corinthians arena was delayed by 20 minutes after the Chilean coach got stuck in Sao Paulo’s notorious traffic, keeping more than 40,000 fans waiting.

Tempers frequently flared in a match with 35 fouls but there was no lack of quality on show as both sides created chances.

Chile were unlucky not to win in regulation time, with Aranguiz in the first half and Vidal in the second having goals chalked off after video assistant referee (VAR) reviews.

“It’s difficult because you’re going at 100 miles an hour and then they annul two goals,” said Vidal. “But we kept our heads and won it on the penalties.

CHILE, June 13: Chile forward Alexis Sanchez will miss the group stage of the Copa America due to a leg... Read More...