BIRGUNJ, May 30: An eight-year-old child from Pragatinagar in Birgunj Metropolitan City-3 who was abducted last Friday was found dead on Wednesday morning.

Karan Sah, the son of local  Shambhu Sah, had suddenly disappeared from his home at around 10:30 on Friday morning and his body was recovered from the Khaurahi River in Bara on Wednesday at around 2 am.

“The family members informed that the child went missing on Friday morning and in the evening at 9:27, an unknown person called them on the phone demanding Rs 3 million in ransom for the child’s release,” said Superintendent of Police (SP) Rewati Dhakal of the District Police Office (DPO), Parsa, adding, “The police learnt about the incident at 10:30 pm after which the police started searching for the child.”

According to Dhakal, Karan’s body was found buried near the river at Kalaiya Municipality-25. A joint team of police from Province 2 and District Police Office (DPO), Parsa, on Tuesday arrested Bikash Sharma of India currently living in a rented room in Pragatinagar; Sikendra Sah of Kalaiya-11 and Rambinesh Mahato of Khapartata, Bara, on suspicion of their involvement in the kidnapping of the child.

During interrogation, they confessed to have kidnapped and killed the child, and also showed the police the location where the child was buried.

SP Dhakal also informed that the kidnappers after showing the body had tried to flee and police had to fire shots to capture them. They received injuries and are being treated at the Narayani Hospital.
Dhakal said the kidnappers had murdered the child around 10 hours before the police received the complaint about the missing child from the parents.

“It has been learnt that the child was already murdered when the group called his parents for ransom,” said SP Dhakal, adding, “When talking to the parents on the phone, the kidnappers had actually played the recording of the child crying as he was already dead by that time.”

However, the victim’s father Shambhu claimed that he spoke to his son on the phone even after two days of his abduction. He says he even agreed to pay Rs 500,000 ransom.

By organizing a press conference on Wednesday, SP Dhakal informed public that the accused have been arrested and the dead body of the child has been sent for postmortem. 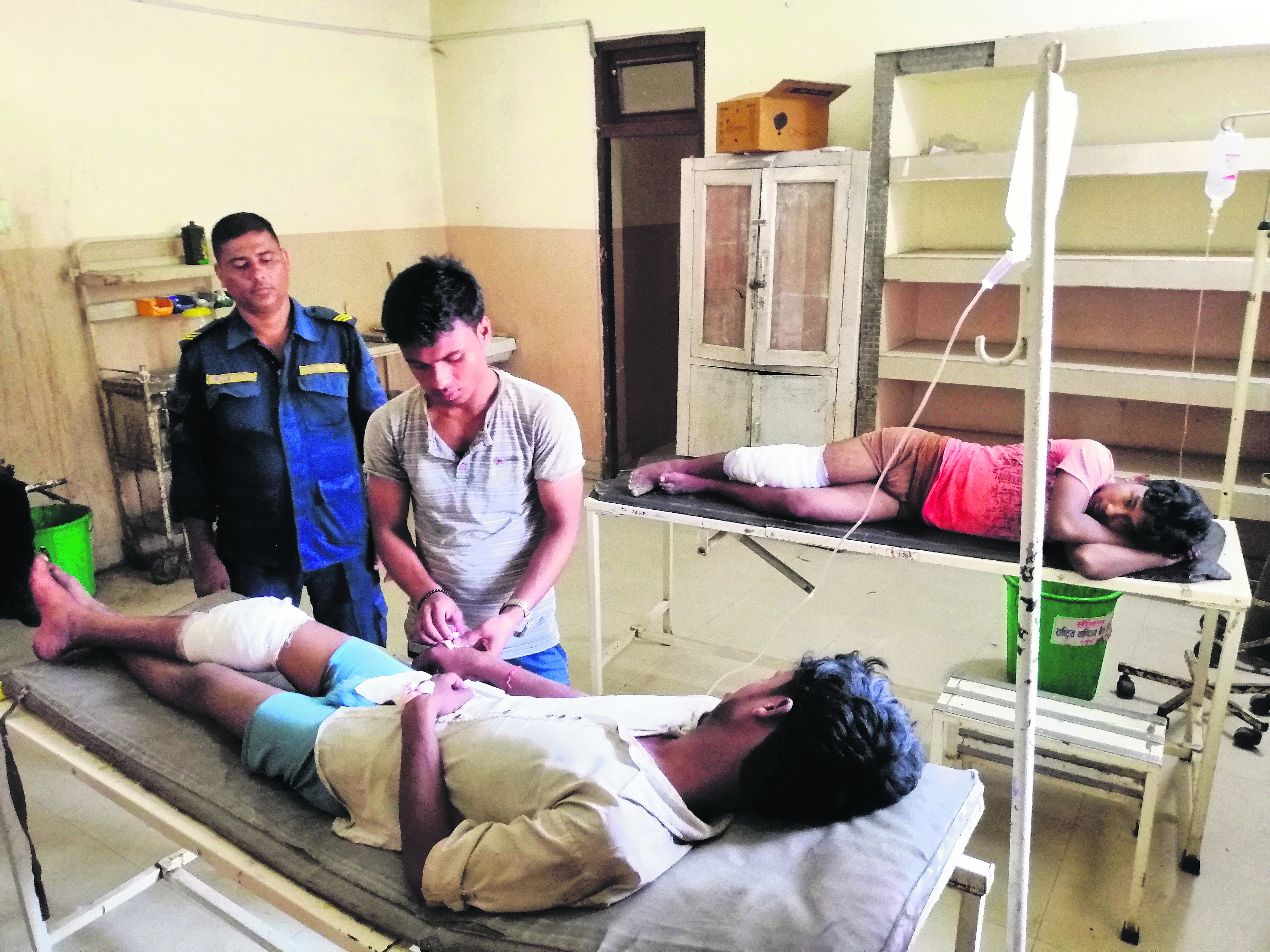 RUKUM PASCHIM, Oct 16: A child has been killed and two other people sustained injuries in a vehicle accident occurred... Read More...

KATHMANDU, April 29: Police in Siraha on Friday have recovered the dead body of a two year old child, who... Read More...