Chepangs get a community building 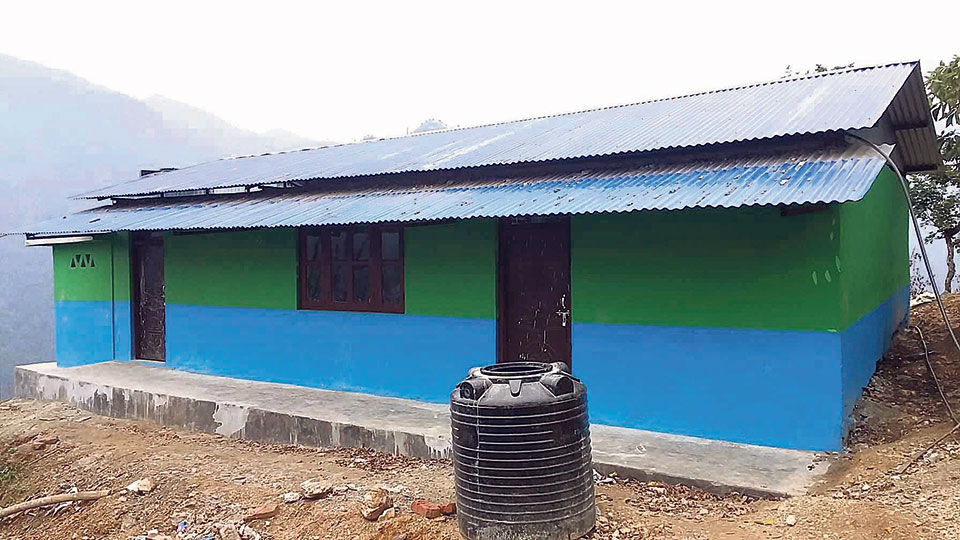 The 'Robang Aama Samuha' (RAS), a mothers' group with a majority of Chepang women, took the initiative to construct the building.

Chief of RAS, Manamaya Chepang, expressed her delight saying that the building has put an end to the compulsion to sit under trees or in the middle of the farm for important meetings.

Manamaya Chepang said that all important gatherings, meetings and the group's scheduled programs can now take place in an orderly manner.

“We just got connected to the road network, recently. We are now spreading awareness about education, health and most importantly electricity,” she said. The ward seems to be lagging behind in every sector.

However, the residents are actively working to establish a proper management system to their existing primary school and are putting in their best efforts to bring in electricity to their village.

Manamaya Chepang further said, “The community building is earthquake resilient, storm resistant. Hence, it is a complete safe haven for us villagers. In addition, it could act as a safe place for us to store our food, like the vegetables that we grow.”

The building is said to be constructed under 'Sahas Pariyojana'- a program undertaken in collaboration with Action Nepal and DCA in Benighat, Rorang Rural Municipality. The program coordinator, Umesh Shrestha, said that the building with a capacity of hosting more than 100 people was constructed with a total investment of Rs 1.13 million.

A similar building was constructed in ward number 9, Fajimatar of Benighat in Rorang Rural Municipality with an investment of Rs 1.38 million.

Schools in Dhading village have computers but no electricity

DHADING, March 2: Chepangs in Goirang village of Dhading have never experienced how it feels like using electricity. Sometimes, they... Read More...

CHITWAN, March 2: School-going children in a village inhabited by the Chepangs in Chitwan district are found to be spending their... Read More...