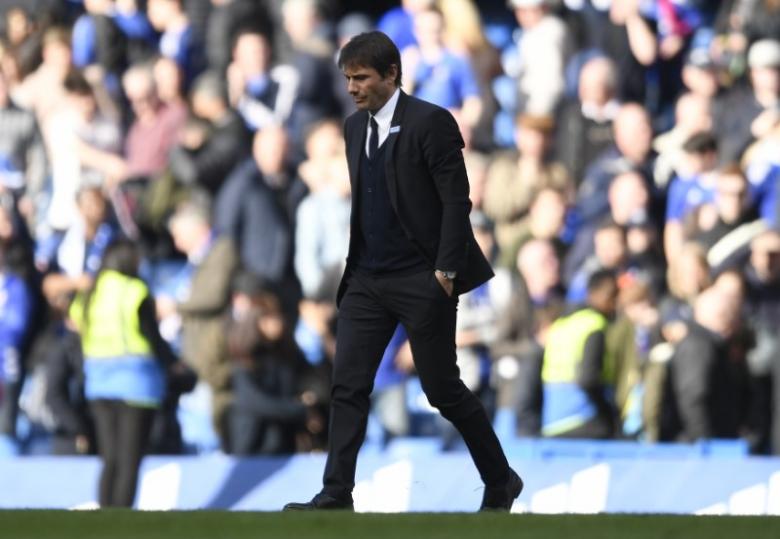 LONDON, April 3: Premier League leaders Chelsea are focused on getting results in their remaining nine games as they fight for the title, instead of dwelling on Saturday's 2-1 loss to Crystal Palace, manager Antonio Conte said.

Chelsea suffered their second loss in 10 league games, and their first home defeat in the league since September. The loss cut their lead at the top of the table to seven points after second-placed Tottenham Hotspur defeated Burnley 2-0.

"There are nine games to play and we have to think step by step," Conte told British media.

"At the end (of the season), if we deserve to win the title, we will be very happy...When you lose this type of game, in your mind you try to apply a lot of questions. But it's very difficult to find a reply to this result."

Chelsea host fourth-placed Manchester City on Wednesday. Their last home win against the Manchester side in the league was in 2013.

"They (Man City) have a really strong squad but I think it's right to think about ourselves, to go game by game," the Italian manager said. "In England, every game is very tough, whether the name of your opponent is City or another team."

City drew 2-2 against sixth-placed Arsenal on Sunday and will be hoping to end their three-game winless streak at Stamford Bridge.