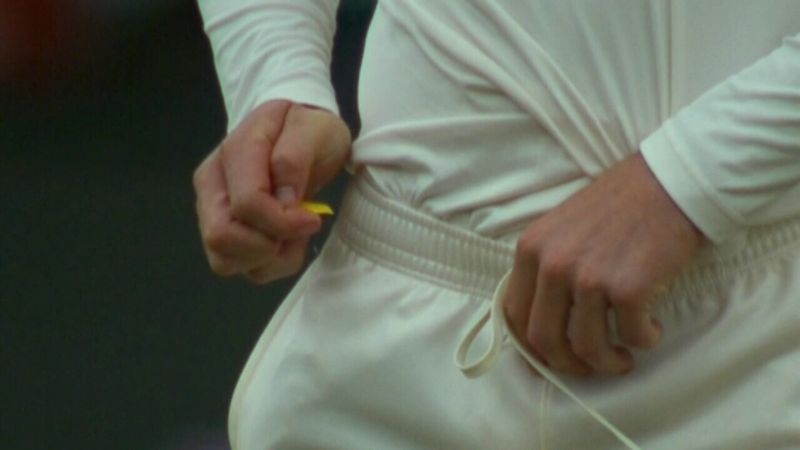 Fast bowling legend Jeff Thomson has sensationally called for Steve Smith and the leadership group behind the Australian cricket team’s ball tampering scandal to be banned from the sport for life.

Speaking exclusively to A Current Affair, Thomson said Smith, vice-captain Dave Warner and anybody else involved in the calculated cheating disgrace in South Africa should be sidelined “permanently” over their actions.

“They should not get a match penalty they should just get flicked. I don't care who they are, they should be just see ya later,” Thomson said.

“It’s a slur on everyone who's ever played cricket.”

Thomson believes the ball tampering incident is a symptom of deep cultural faults which have become a part of Australian cricket’s DNA.

“They're like spoilt brats if it doesn't go there way, they spit the dummy, whinge about it, carry on stupidly,” he said.

Thomson was joined on the program by colourful ex-Test all-rounder Greg Matthews who said the foul play by the Australian team in Cape Town was amongst our nation’s darkest sporting hours.

“Australian cricket is in the doldrums now. One of lowest efforts ever, lowest moments ever,” Matthews said.

“As far as worse things go, it’s certainly in the grand final.”

Matthews, who handed Steve Smith his inaugural first class cap for New South Wales more than 10 years ago believes Smith can recover from the ugly incident but not before a period of immense personal turmoil.

“Clearly the greatest punishment Smith will face is that for the rest of his life, this will haunt him.”

Smith, Warner and eight-test rookie Cameron Bancroft – who was chosen as the man to effect the ball tampering using a piece of sticky tape smuggled onto the ground – are currently the subject of an investigation by Cricket Australia officials.

Smith has already lost the captaincy and copped a one-match suspension from the International Cricket Council but it is expected tougher sanctions from Australian administrators will follow.

Saudi Arabia has banned referee Fahad Al Mirdasi from football for life for a match-fixing attempt, weeks before he was... Read More...