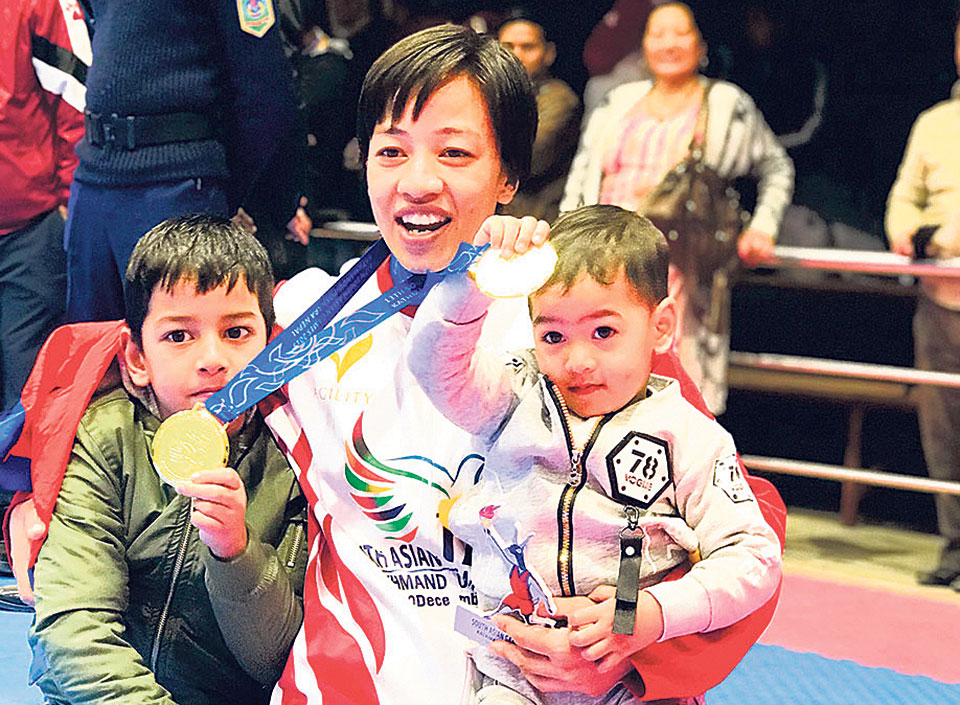 Let’s create a situation for Nepali athletes, with and without disabilities, to excel in sports not only in South Asia but globally

With the South Asian Games (SAG) over, it is high time we reflected on the achievements of Nepal and started a conversation to chart a roadmap for the future of sports in the country. It is an exciting time for the sports in the country as athletes with zero or very little support from the government won the highest number of gold medals ever in South Asian level.  Throughout the games, you could see sheer joy and excitement in the streets, something so contagious that also got hold of those folks that are normally dismissive or simply uninterested of anything related to sports.

It is a great time to build on these success stories, all stemming from personal sacrifices and love for the country and set a sound national strategy to bring elite athletes to the next levels, winning medals in more ambitious and challenging competitions. Building from what the schools throughout the country are doing could be a first step in such direction.

The enthusiasm generated throughout the games should motivate the key decision makers of the country, not only the heads of National Sport Council and Nepal Olympics Committee but the key players inside the Office of the Prime Minister and Council of Ministers, to start working for the 2022 Asian Games to be held in Hangzhou, China and the 2024 Summer Olympics Games in Paris.

The government decided to increase the financial rewards for the gold medalists. It is positive but it seems to have made other athletes with silver and bronze medals uneasy. For example, there have been controversies that multiple athletes who won various types of medals have not been duly recognized by the government. I have been speaking with some of current and former ENGAGE sport coaches, the program that leads youth with a passion for sports to train and work with peers with physical disabilities. And they were all disappointed.

One of them, a key player of the national male basketball team who won the bronze medal, showed his frustrations about the fact that the government was unwilling to duly recognize their performance at the par of those athletes winning medals through individual efforts.

Another of them could have been a top taekwondo player, someone potentially able to win medals at international level, had to stop competing with four “dan”, the level of black belt he achieved, due to frustration stemming from lack of support. He does not come from a big family and he has to struggle for survival. He stills excels in sports and he is one of the top wheelchair basketball players in the country.

Despite such feelings, these coaches were hopeful that a fair solution could be found so that the all national teams’ efforts put in the last four to five months would not go in waste in the future and experiences gained in this game could be leveraged for the next international competition. After all, the preparation for such big events should not be done casually and just few months before their kickoff.

For example, some foreign coaches were hired just for SAG and I am sure that if such an investment was done to bring in the country this level of technical expertise it is because local expertise was lagging behind.  The same coaches who probably have already left the country, after due assessment of their performances, should be brought back to enhance the technical expertise of local coaches.

In the field of basketball alone there is a bunch of professional national coaches who have the skills, motivation and drive to do much more for the sports but they need support and recognition.

They all gave their best to support the organization of the basketball competitions during the games and the same could be said for any other sports: there are lots of people who practice sports at high levels and have ambitions and are ready to sacrifice.

Reversing the trend
But how can such trends be reversed?

First, National Sports Council has a new leadership and we should all thank the Member Secretary Ramesh Kumar Silwal for being able to, despite challenges, to hold the games. Silwal can play a big role in shaping a national strategy for the 2022 Asian Games as there is still enough time, almost two years, for Team Nepal to be represented with the highest hopes of winning some medals.

We need to aim higher and while remaining realistic, with our feet on the ground, we also need to be “positively” ambitious.  Working in partnerships with the National Olympic Committee, the Ministry for Youth and Sports and Office of the Prime Minister and Council of Ministers, the National Sports Council could lay forward concrete actions that put athletes and their coaches at their center.

Their involvement and effective engagement is essential if Nepal wants truly to jump to the next levels in the sports arena.  Ambitious goals should reflect the reality on the ground.

Let’s start from the education sector. Private schools have been playing a very important role in teams’ sports, especially basketball. Obviously there are constraints but with creativity Nepal can get over them. Community schools in rural areas, especially in the hills, could truly make volleyball the national sport with a generation of new capable and ambitious players.

We need a rethinking of the role schools, private as well as community owned, can play not only in the nourishing of athletes but also in promoting sports and physical education as effective tools to promote the wellbeing of students.

More sporty children and teenagers means more healthy young citizens, including teenagers aware of the dangers of smoking given the fact that there is a higher number of students picking up this bad habit. Importantly, any future strategic planning exercise in matter of sports should be truly inclusive: inclusive of those athletes coming from disadvantaged background and of athletes with all types of disabilities.

Around the time Nepal was holding SAG, Philippines was hosting South East Asian Games, a far bigger competition comprising 11 nations. In January, 2020, Philippines will organize the 2020 ASEAN Para Games, the equivalent of South East Asian Games for persons with physical disabilities. Nepal could also host the South Asia Para Games but unfortunately nothing has been planned as yet. As a matter of fact, there have never been any Para South Asian games so far.

Focus in inclusion
Nepal can take the lead and organize the first ever Para games of South Asia. Perhaps the country will not be able to hold as many disciplines as for the South Asian Games but mini adaptive version of it can be doable. Nepal has many amazing but underestimated players with disabilities who are as good as their peers without disabilities. Let’s work in unison for an all-inclusive future of sports in Nepal.

Let’s get rid of the underdeveloped country mentality and let’s create a situation for Nepali athletes, with and without disabilities, to excel in sports not only in South Asia but globally. Otherwise, the only option left for those of them who truly stand a chance to win big internationally is to leave the country in search of glory.

The author is Co-Founder of ENGAGE, an NGO partnering with youths to promote social inclusion in Nepal
Email: simone_engage@yahoo.com

KATHMANDU, Jan 1: The decade in Nepali sports ended with a lot of ups and downs, but certainly the 51... Read More...