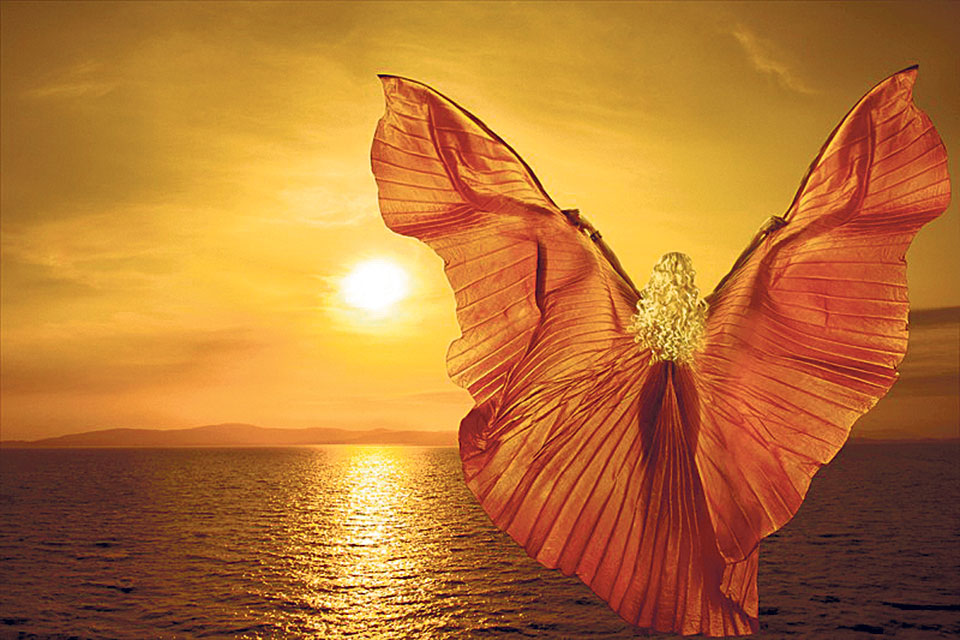 Microfinance is shattering the glass ceiling placed over women by a patriarchal society. No longer confined, women are dispelling gender norms. No longer afraid, they are taking back right to be independent

Nepal is a country on the move. Politically, despite having only just emerged from decades of turmoil, Nepal’s democracy is flourishing. Financially, remittances sent home from millions of Nepali migrant workers abroad have transformed the national economy and raised the living standards of many. Socially, Nepal has seen a rapid rise in efforts to build a path towards a more inclusive society by becoming the first Asian country to constitutionally protect gay rights. Yet, patriarchy remains a deeply rooted issue in this South Asian country, especially in rural areas where women are still expected to conform to gender-stereotyped roles. Among the many efforts to break these invisible chains of sexism, an ingenious idea originating from Bangladesh that has diffused across the globe is accelerating the endeavor to empower women: Microfinance is redefining what it means to be female in Nepal.

With women being an overwhelming majority of its clientele, microfinance is reshaping the lives of the traditionally marginalized. The stories of the extraordinary individuals of the Unnatshi Women’s Saving Group and Single Women Multipurpose Cooperative Limited in Jhapa are evidence of the role of microfinance in shattering the infamous glass ceiling long placed over women by a patriarchal society. It has encouraged the rise of a new generation of female entrepreneurs with greater financial autonomy, paving the road toward equality. No longer confined, women are dispelling gender norms. No longer afraid, they are taking back their right to be independent.

Dare to be different
In the town of Bhadrapur, a group of single women are breaking barriers. In a traditionally patriarchal society, widows face an uphill battle entailing outright discrimination, cruel cynicism and fraudsters hoping to take advantage of their vulnerability. In 2014, 35 single women stood strong in solidarity against the sexist establishment and together founded the Single Women Multipurpose Cooperative Ltd with the aim of helping women in similar situations overcome obstacles by encouraging financial literacy and entrepreneurship. Fast forward five years, the grassroots organization has grown into a 252-member organization with a value of 1.4 million rupees while also running a women’s shelter providing temporary safe haven for those escaping domestic abuse and gender violence.

Just 16 kilometers away in the municipality of Birtamod, another group of 56 women, members of the Unnatshi Women’s Savings Group are, too, refusing to bow down to gender stereotypes. Tired of the male-dominated environment, the founders established the savings group nine years ago in hopes of encouraging greater financial independence and reduce reliance on their husbands. Just like the single women in Bhadrapur, members of this savings group have experienced a rise in entrepreneurship. Many now own small grocery stores, beauty parlors and clothing shops. This growing trend is contrary to the sexist perception of women as homemakers being dependent on their husbands, a clear triumph against patriarchy.

Secret to success
If there is any secret ingredient to the success enjoyed by these two microfinance cooperatives, it is the golden combination of trust and friendship. Of the many microfinance beneficiaries and institutions we have interviewed, Unnatshi Women’s Savings Group is the only one with no records of late repayments and indebtedness. All members are able to settle their loans and interest within the four-month repayment period. The women also take pride in the fact that this savings group is the only cooperative that they borrow from, unlike the vast majority of microfinance beneficiaries who borrow from more than one institution.

The women of the Unnatshi Women’s Savings Group attribute their success to the undeniably close bonds shared between the members. The women began as friends from the same neighborhood with a shared vision of creating greater financial opportunities for themselves. Over the years, they have supported one another through times of hardship and joy, both financially and emotionally. During their monthly meetings, members gather to settle work-related issues but also unwind over tea and laughter. It is said that loan applications are always approved without difficulties as there is deeply rooted trust amongst the members that the money is used wisely and productively. It is important to be beautiful in the heart instead of in the face, goes a saying. This perfectly encapsulates the values of honesty, trust and friendship that these women share.

Lifelong learning
It is in the district of Jhapa that we saw the true meaning of ‘the sky’s the limit’. Despite being an informal grassroots cooperative and most of its members having no professional accounting and financial bookkeeping backgrounds, the Unnatshi Women’s Savings Group operates in a surprisingly organized and professional manner. Every member holds a pocket sized individual financial book that clearly records the amount and date of each loan transaction. On the front cover, the name, founding date and motto of the cooperative are printed in Nepali just above its logo while on its back cover there is a list of names of each member in their respective guarantor groups. The executive committee is nominated and sworn in each year based on general consensus, which means every member has a chance to take on leadership roles. Rather than viewing their lack of financial management and leadership background as a disadvantage, these women see it as an exponential learning curve where they can obtain new skills by consulting other more experienced microfinance cooperatives.

In Bhadrapur, members of the Single Women Multipurpose Cooperative also view education as a lifelong journey. While the period following the deaths of their husbands can leave them vulnerable and exposed in a patriarchal society, the cooperative aims to empower widows, both financially and skill-wise, by providing training courses on jewelry-making and tailoring. This allows its members to become financially independent and literate by acquiring sustainable means of supporting their families, something that may seem daunting at first but definitely achievable. Afterall, the sky’s the limit.

The next milestone
While microfinance has served as a driver for women empowerment in Nepal, there is still a long uphill climb towards true equality. While the thousands of microfinance institutions and cooperatives across the country have achieved the common goal of lowering the barrier to credit access, many still fall short on empowering beyond monetary means.

Instead, these microfinance institutions should mirror the women of the Single Women Multipurpose Cooperative and provide vocational and entrepreneurship training as well as financial management and leadership courses to ensure the millions of microfinance beneficiaries have the appropriate knowledge to engage in productive investments in a sustainable manner. To encourage wider participation, these training sessions should be given free of charge and provided as part of the services when clients take out loans.

Undeniably, microfinance has helped many women realized their true potential and provided them with the financial means to be independent and courageous. Bold, beautiful and bright, Nepal’s wonder women are being redefined.

The author is currently an undergraduate student from the Faculty of Social Sciences at the University of Hong Kong. Over the summer of 2019, she travelled to Jhapa district to conduct a field research on the issues of migration and microfinance in Nepal

KATHMANDU, June 26: A total of 1,003 Nepalis were brought back home from four different countries on Friday. ... Read More...

Presidential election to be held on March 9
4 hours ago

Nepse nosedives with a fall of 41.16 points, daily turnover records Rs 3.30 billion on Monday
13 minutes ago