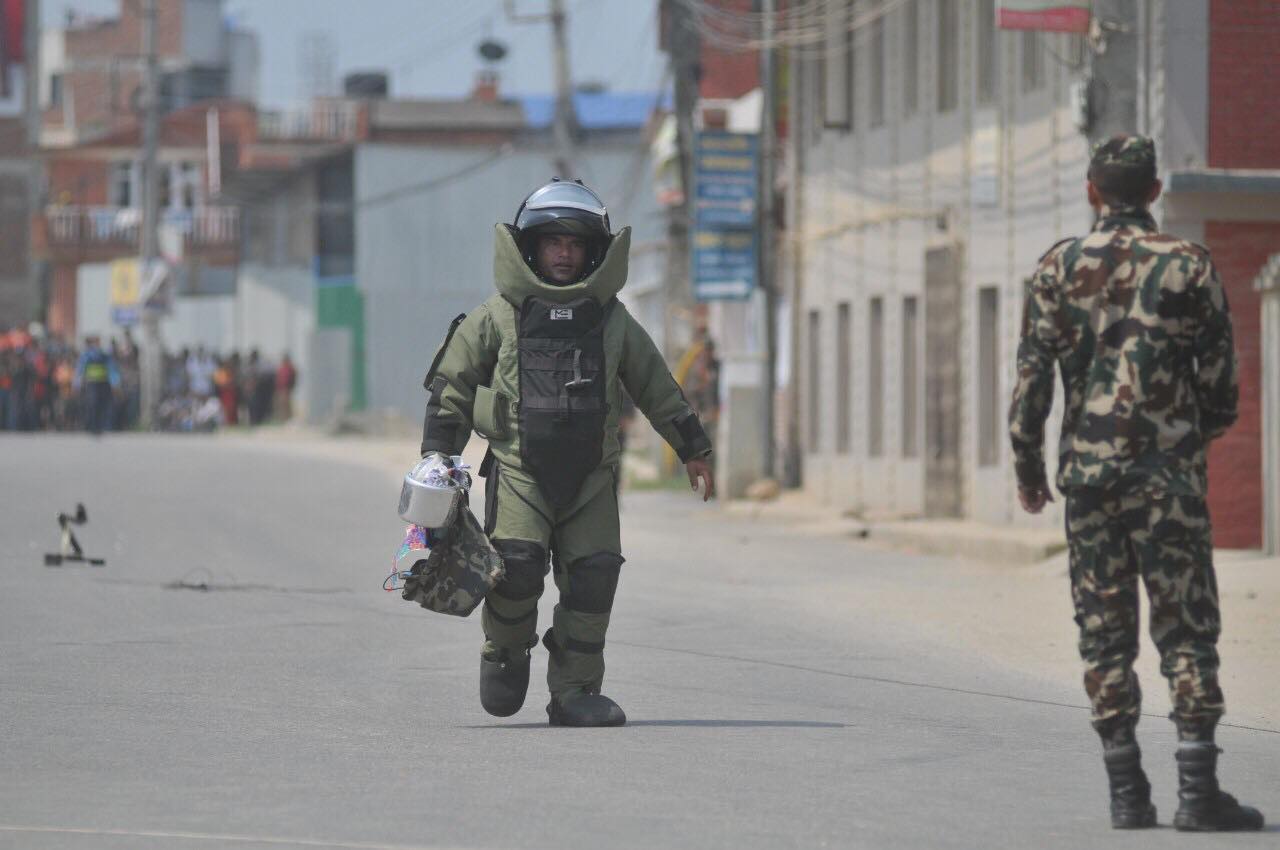 KATHMANDU, May 28: Normal life across the country was affected Monday due to a general shutdown called by the outlawed Netra Bikram Chand-led Communist Party of Nepal (CPN).

Educational institutions across the country remained closed and vehicular movement was partially affected as mainly long-route buses stayed off the road.

While the strikes called by the outfit would not be taken seriously in the recent months, Monday’s strike turned out to be more effective due to the fear generated by a series of IED blasts involving the outfit on Sunday evening. Four members of the outfit were killed and several injured in the blasts.

The outfit torched vehicles in various districts on Monday.

“A bomb disposal unit of Nepal Police defused an IED at the Land Reforms Office in Bhaktapur at 3:30 am on Monday,” Nepal Police spokesman DIG Bishwaraj Pokharel told Republica.

Outside the Kathmandu Valley, Nepal Army personnel defused a pressure cooker bomb at Buddha Chowk in Hetauda on Monday. Another pressure cooker bomb was defused at Chandranigahapur in Rautahat. NA personnel also defused an IED found at a bridge at Mahadevbesi in Dhading.
Suspicious objects were also found in Kaski, Dhading, Baitadi, Arghakhanchi, Kapilbastu, Tanahun and Morang.

Police also arrested eight persons involved in violence on Monday. Officials from the police headquarters said that four workers of the outfit were arrested from Ekantakuna, Lalitpur, two from Bheriganga Municipality of Surkhet, one from Athbiskot Rural Municipality of Rukum (West), and one from Birtamod Municipality, Jhapa.

Police have informed that a member of the party, Prajjwal Shahi, 25, of Bajhang, was killed while another cadre Rabi KC was seriously injured after an IED exploded in their room in a private house at Ghattekulo in Kathmandu.

Shahi was the central committee member of the student wing of the outfit.
In another incident Sunday, two cadres lost their lives on the spot, one died during medical treatment and four were injured when a bomb went off inside local Jib Kumar Thakur’s barber shop at Sukedhara, Kathmandu.

“The cadres who died in the Sukedhara blast have been identified as Dipin BK, 28, of Kalikot; and Nirantar Malla, 40, and Gokul Rana, 32, of Babai Rural Municipality, Dang,” spokesman of the Metropolitan Police Range Office (MPRO), Kathmandu, DSP Hobindra Bogati told Republica. Likewise, two others were injured when the outfit carried out an IED at Chandragiri Municipality in Kathmandu on Sunday.

According to DIG Pokharel, security has been stepped up in the capital following the deadly blasts.

KATHMANDU, Jan 23: As the Senate Republicans and Democrats failed on Sunday to reach a compromise to end a government shutdown,... Read More...

ROLPA, July 4: Normal life remained tense in Rolpa on Tuesday due to the general strike imposed by the Netra Bikram... Read More...