KATHMANDU, April 27: The Communist Party of Nepal (CPN), led by Netra Bikram Chand, has been split after the party sacked its secretariat members Hemanta Prakash Oli and Dharmendra Bastola, accusing them of going against the party's decisions.

Issuing a statement on Wednesday, CPN General Secretary Chand said that discussions were held with the comrades of the secretariat immediately after “Oli and Bastola made public their remarks as a separate center”.

"Looking closely at the suggestions from all quarters and the nature of their mistakes, they have gone too far, holding various meetings and gatherings. According to the party statute, both of them have been relieved of all their responsibilities indefinitely," the statement further reads.

General Secretary Chand said that they did not want this to happen but were rather compelled to take this decision mainly due to the anarchist, opportunistic and deviant activities of Oli and Bastola. "However, we urge all sides to continue to move forward, defending and implementing the resolutions passed," he further added.

However, a formal split of the party is yet to be announced. 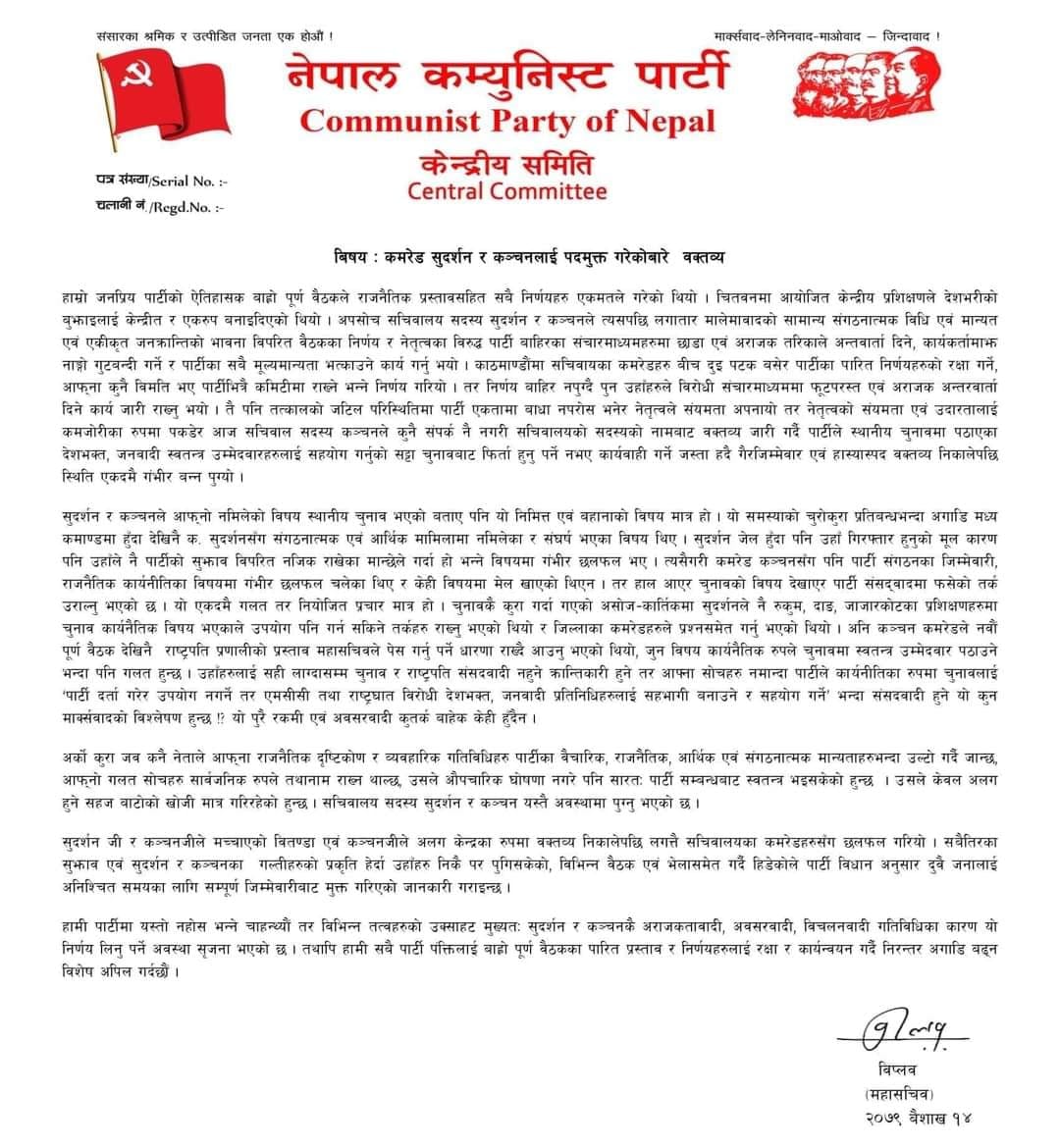 KATHMANDU, May 9: The Netra Bikram Chand-led Communist Party of Nepal (CPN) has split formally with a dissident leader of... Read More...

50,000 metric tons of wheat required to address shortage
43 minutes ago