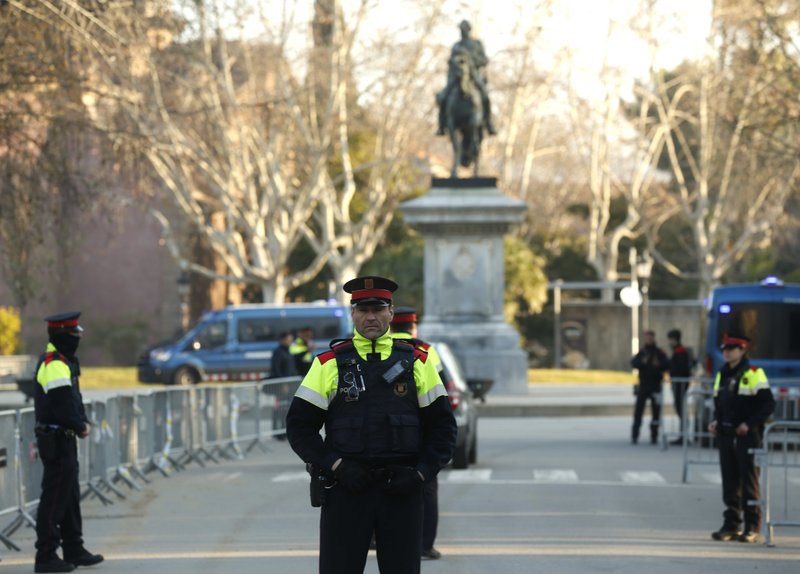 BARCELONA, Jan 30: Catalonia’s parliament speaker on Tuesday postponed a session intended to re-elect the region’s fugitive ex-president, saying the planned meeting would not take place until there were guarantees Spanish authorities “won’t interfere.”

The decision comes after Spain’s top court ruled Saturday that Carles Puigdemont, who has fled to Belgium and faces arrest if he returns, could only be re-elected if physically present in the parliament in Barcelona. The court also ordered that he must obtain permission to appear at parliament from the judge investigating him over Catalonia’s independence bid.

Puigdemont is one of more than a dozen Catalan political figures facing possible rebellion and sedition charges following the previous parliament’s illegal and unsuccessful declaration of independence in October, which brought Spain’s worst political crisis in decades to a head.

The decision leaves the future government of the prosperous region in something of a limbo.

Spain seized control of the region by firing Puigdemont and his government and dissolving parliament following the independence declaration. It says it will keep control until a new government takes office following elections held Dec. 21. The parliament was initially scheduled to have a first investiture vote by Wednesday.

Puigdemont’s party has appealed to the top court to annul Saturday’s ruling, arguing that their leader, as an elected lawmaker, has political immunity and is entitled to become regional president. The court was expected to rule later Tuesday.

Earlier, Prime Minister Mariano Rajoy urged the Catalan parliament to drop Puigdemont’s candidacy and opt for a lawmaker not entangled in legal proceedings.

Rajoy said the “most sensible” thing for the parliament speaker would be to propose a “clean candidate” who is willing to obey the law and work for the return of normality in Catalonia, a region of 7.5 million inhabitants and which represents a fifth of Spain’s GDP.

“I am not going to propose a candidate other than Puigdemont,” Catalan parliament speaker Roger Torrent said Tuesday. “President Puigdemont has all the right to be elected.”

“The Spanish government and the Constitutional court aim to violate the rights of millions of Catalans and this we will not accept,” he added.

Nonetheless, Torrent said the session to hold the vote would be postponed.

The Spanish government welcomed that decision. An official speaking anonymously in line with government rules said that pressure applied by the government and the country’s top court “have prevented a mockery of our democracy.”