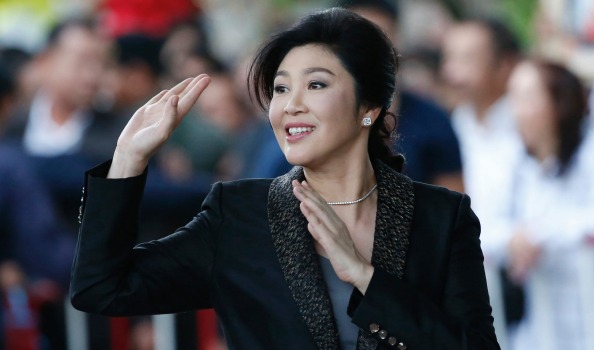 BANGKOK, Sept 28: Former Thai Prime Minister Yingluck Shinawatra appears to be staying in the Mideast commercial hub of Dubai after fleeing a criminal conviction, Thailand’s prime minister said Thursday in the first word on her whereabouts.

“We have received a preliminary informal report from the Foreign Ministry indicating that she is Dubai,” said Prime Minister Prayuth Chan-ocha after expressing annoyance over reporters’ questions.

Yingluck was sentenced in absentia to five years in prison on Wednesday after being convicted of negligence in overseeing a money-losing rice subsidy program.

Her government was ousted in a 2014 coup and the military government that remains in control of the country has pursued Yingluck through the courts. She fled Thailand shortly before the court had been expected to rule last month.

Yingluck and her supporters have said she is innocent, and she has called the charges against her politically motivated. Her lawyers said Wednesday they do not know her whereabouts.

She is the sister of former Prime Minister Thaksin Shinawatra, a telecommunications tycoon.

He was ousted in a 2006 coup by Thailand’s military amid charges of corruption and alleged disrespect for the monarchy, which he long has denied. He fled to Dubai and has since maintained a home in the city-state in the United Arab Emirates while also regularly traveling to London.

Officials in Dubai have not commented on Yingluck’s whereabouts and did not respond to questions Thursday.

Dubai, home to the world’s tallest building and a luxury nightlife scene, has attracted other leaders facing political or legal challenges back home. Pakistani Gen. Pervez Musharraf, who seized control of his country in a 1999 coup and later sided with the U.S. in its war in Afghanistan, fled to Dubai in 2016 while facing treason and murder charges. He was his second time in Dubai exile, having earlier lived there and London for 4 ½ years after stepping down as president in 2008.

Commercial paragliding flights from Mansangkot in Syangja to begin
18 minutes ago
As mercury dips, MFD urges people to take necessary precautions to avoid cold
48 minutes ago