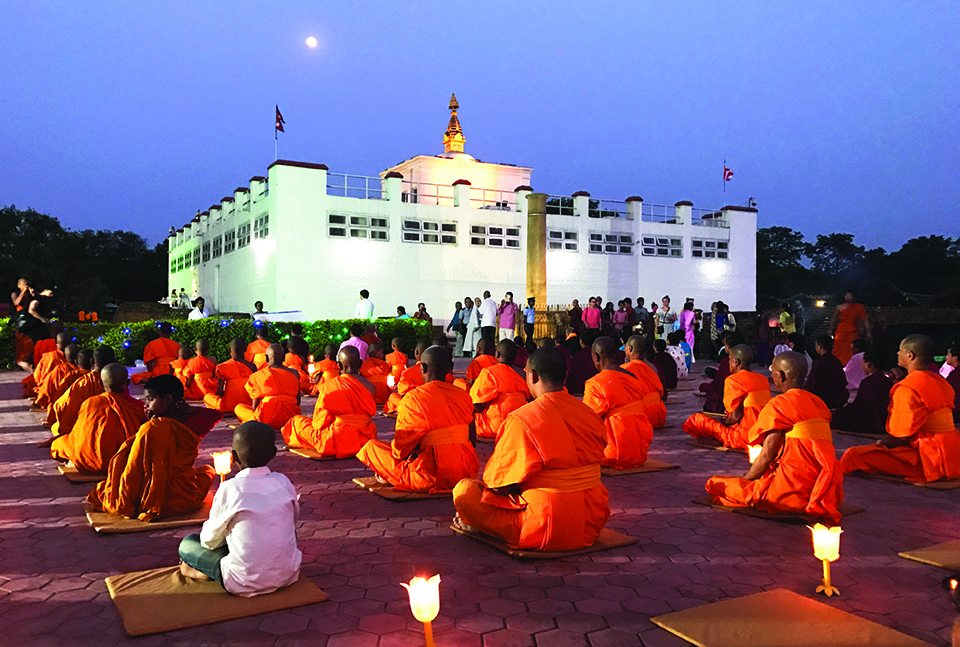 Now appears to be the right time to look into the shortcomings of the existing model of IR, especially when the strategic pendulum has swung to the east and China and India are rising as prominent actors in the international system.

Scholars have differing opinions about the existing Westphalian model of International Relations (IR) theories’ scope and inclusiveness. Some view the Western IR that rose to prominence after World War II has been losing its esteem lately as the world is embracing more diversity and becoming less Western-dominated. Few even think the time has come to find alternatives to the Westphalian model of IR, replacing it with non-western or indigenous models. Then again, the ardent supporters of the Western model argue that the existing IR is still as relevant as before. Yet, some supporters feel Westphalian IR could be broadened by incorporating salient aspects of indigenous philosophies rather than looking for an alternative.

The Westphalian model of IR indeed failed to embrace the peculiarity of non-Western societies or states with a different history, geography, culture, and consciousness. And, non-western states have not fully adopted the Westphalian concept of nation-states in many parts of the world. In their article ‘Nation-States and State-Nations,’ Mostafa Rejai and Cynthia H Enloe maintain, “Europe produced nation-states, whereas Asia and Africa have produced state-nation.”

The failure to find a desirable solution in the Korean peninsula in the 1950s, Indo-china in the 1950s and 60s, Iraq War in 2003, Afghanistan in the first two decades of the twenty-first century, among others, demonstrate that the Westphalian model has not been very effective in the non-Western world. Yes, the Western concept of IR served its purpose in the West, where the mindset of states was more or less similar due to their shared political and social roots. Now appears to be the right time to look into the shortcomings of the existing model of IR, especially when the strategic pendulum has swung to the east and China and India are rising as prominent actors in the international system. It is not just Orientalism versus Occidentalism or the West versus the rest; it is the matter of inclusiveness and comprehensiveness in IR theories.

Many indigenous thinkers from the non-Western world, such as Confucius, Sun Tzu, Buddha, and Kautilya, can enrich contemporary IR theories. They might not entirely replace the existing body of IR concept; however, they can fundamentally change some of the conventional thinking. Buddhism is one such non-Western philosophy that has the potential to contribute to the existing IR domain.

The Westphalian models of IR, whether it is realism or liberalism, keeping anarchy and self-help at the heart of their conception, treat conflict and violence as normal and ethical. The objective laws of realism are (i) the inherent violence of human nature, (ii) the will to dominate, and (iii) the natural tendency of conflict and warfare among autonomous states in an anarchic environment. These laws internalize the enduring tendency for conflicts among autonomous self-interested states, which treats war as perfectly normal, ethical, and politics by other means.This shows the Westphalian IR theories are founded on just one side of the coin.Self-interest and self-help stem from the negative perception of human nature.

While Thucydides, Machiavelli, and Hobbes were the earlier realists, Hans Morgenthau was the one who first theorized the IR rooted inhuman egoism that accepts anarchy and self-help as normal and basic human nature. Despite abandoning human ego and emotion as a foundation for the International Relations conception, the departure point of the subsequent iterations of realism and liberalism is also anarchy and self-help. Liberalism has tried to mitigate some of the conflicting attributes of realism by introducing interdependence through economic exchanges, promotion of democracy, and international institutions. Still, the rationalist approach of these theories treats individuals and states as atomistic, unchanging, and self-interested actors.

Buddhist philosophy, on the other hand, disagrees with the fundamental assumptions of both realism and liberalism. Buddhism considers human beings, and thereby states, are not independent, permanent, and self-interested actors. Instead, it believes people are primarily altruistic and peaceful. They tend to be selfish only when they have a misperception or ignorance of reality. The cause of all sorts of conflict in this world, including interstate war, is this misunderstanding. Buddhism does not disagree with the Western concept that self-interest is likely to guide most human behaviors.However, according to Buddhism, the notion of self-interest germinates from mistaken perception, which is not the reality.

Buddha rejects the Western conception of the independent nature of states. Every functioning thing in this universe is interdependent and impermanent. He tries to explain this idea through the concept of Atma (eternal self) and Anitya (impermanence). According to Buddhism, nothing in this world is permanent and self-sustaining. Not even international politics. If we browse almost four hundred years of the Westphalian model of states and the global system, we realize that nothing is permanent in international politics. Whether it is Metternich’sCongress of Vienna, Treaty of Versailles, bipolar world and the Cold War, or the unipolar moment, not a single world order was permanent in the past,and nothing at present nor in the future will remain permanent.

On the other hand, in ancient India and China, where political order in India’s Asokan Empire and China’s Middle Kingdom was relatively stable, the borders between countries’ neighborhoods were not so much political and territorial demarcations but a cultural differentiation. This hints that the nation-state might not be the only basis of international relations. Understanding this absolute reality would add a more collaborative dimension to harsh anarchic and self-help thinking.

Moreover, from Buddha’s ontology, nothing is independent in this world. Despite the US strategists’ emphasis on great power competition and decoupling from rising China, it is implausible to believe they can avoid dependency on China entirely. The US policymakers’ thinking has recently graduated to “cooperation, competition, and confrontation” from their earlier competition and the Cold War 2.0 mindset. The US Secretary of State Anthony Blinken said that the US new approach to China would be “competitive when it should be, collaborative when it can be, adversarial when it must be.” The new US strategy acquiesce to the nature of interdependence in the global system. During the Cold War, the great powers and their allies were not independent, even though they had less cooperation due to the harsh Western model of IR.Denying the reality of interdependence is unnatural and counterproductive to all.

Regardless of liberalism’s argument for economic interdependence and cooperation among states, it still believes in independence and anarchy in the international system. Buddha, on the contrary, argues for a total interdependence in all facets, including political, economic, and social aspects.

Buddhism firmly believes that total interdependence is the ultimate reality that applies to all levels. Furthermore, its conception of politics goes beyond national, racial, or any other barriers. This does not mean that Buddhism disagrees with the system of the states. The states may occur and even play an essential function in supplying public goods equitably. However, Buddhism has an ultimate desire for universalism and peace.

Buddhism forbids hostility and aggression while interacting with other states and encourages friendliness, neighborliness, and mutually beneficial economic activities. In a way, the Five Principle of Peaceful Coexistence or famously known as Panchaseela, first formally articulated in the Agreement on Trade and Intercourse with Tibet region signed by Chinese Premier Zhou Enlai and Indian Prime Minister Jawaharlal Nehruin 1954, captures the spirit of Buddha’s five precepts for living or Panchsheel. However, it was not conceived from Buddha’s Panchasheel per se. Nor does it embrace Buddha’s entire philosophy.As mentioned in the agreement, the Five Principles of Peaceful Co-existence are mutual respect for sovereignty and territorial integrity, mutual non-aggression, non-interference in each other’s internal affairs, equality and mutual benefit, and peaceful co-existence. To a certain extent, the Five Principles of Peaceful Coexistence can be considered as Buddhist realism.

From the Buddhist perspective, a state can retain its military for defensive purposes, but non-aggression should beforeign policy. Countries should not use their military as a primary means or instrument to resolve a dispute between and among states. Buddhism does not support the 'just war' theory conceived by Western thinkers. Any war resorted to settling any international disagreement is more likely to perpetuate future conflict.

Although Buddhism -- known as a path to insight into the true nature of reality -- founded as faith more than 2500 years ago, its profound philosophical approach has significant potential in complementing the existing body of International Relations theories. It emphasizes the altruistic side of human nature ignored by traditional IR models and accurately highlights the world and the international system that are ever-changing and interdependent. A perfect Buddhist IR theory might seem utopian thinking for now. However, realigning the mainstream IR theories incorporating Buddha’s core philosophy would be a ‘middle path’ in addressing some of the fallacies of conventional IR thinking for the time being.

Apart from saying ‘Buddha was born in Nepal’ how many worthful initiatives have we taken to promote the birthplace of... Read More...

41 injured in bus accident in Dhading
8 hours ago
Rs 10,000 fine slapped on Rajpur's mayor for not providing information
11 minutes ago

100 sacs of fertilizer meant for Rolpa ‘vanish’ in Dang!
56 minutes ago