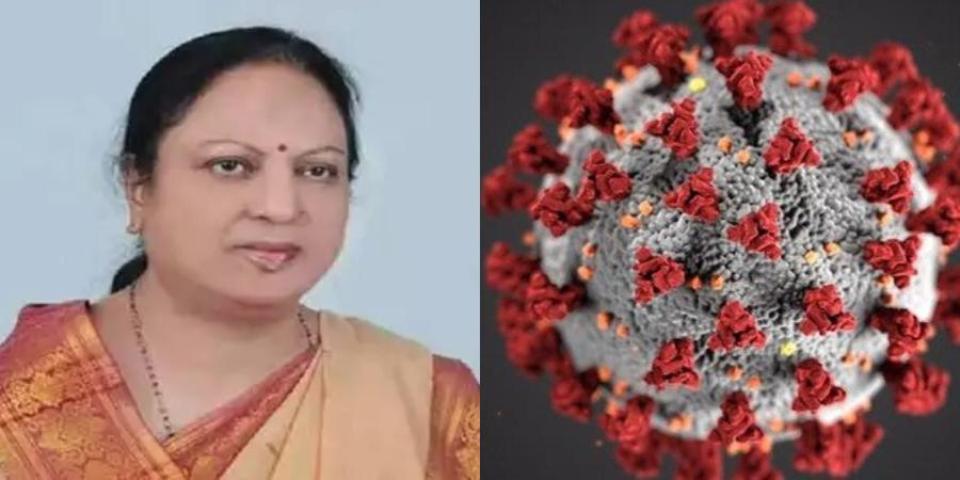 Kamal Rani Varun, who had earlier tested positive for the novel coronavirus, died due to the infection in Lucknow this morning, according to NDTV. She was 62.

Kamal Rani Devi died at 9:30 AM at Sanjay Gandhi Postgraduate Institute of Medical Sciences, the state government said in a statement.

The minister was on oxygen and ventilator support for the last few days.

She served as Minister of Technical Education in the Yogi Adityanath-led Uttar Pradesh government.

She was admitted to hospital on July 18 after she tested positive for the novel coronavirus.

"Cabinet Minister Kamal Rani was admitted to SGPGI after testing positive for COVID-19 on July 18. She also had comorbidities. She continued to deteriorate with hypotension & multiorgan dysfunction & succumbed to her illness today morning," Dr RK Dhiman, Director SGPGI, Lucknow, said.

Indian President Ram Nath Kovind, in his condolence message, said that Varun was well respected for serving people at the grassroots.

KATHMANDU, Sept 11: The government is preparing to give permission to operate additional flights from countries where regular international flights... Read More...

COVID-19 and its impacts

There is a long history of pandemics. Pandemics in the human history have devastated the lives of billions while impacting... Read More...

KATHMANDU, May 29: Ministry of Health and Population has confirmed the sixth COVID-19 death in Nepal. ... Read More...

Fire breaks out at Soaltee City (with photos)
35 minutes ago

KP Oli is the leader of a small faction: Madhav Kumar Nepal
23 hours ago

Three dead, one injured in  Solukhumbu road accident
5 hours ago