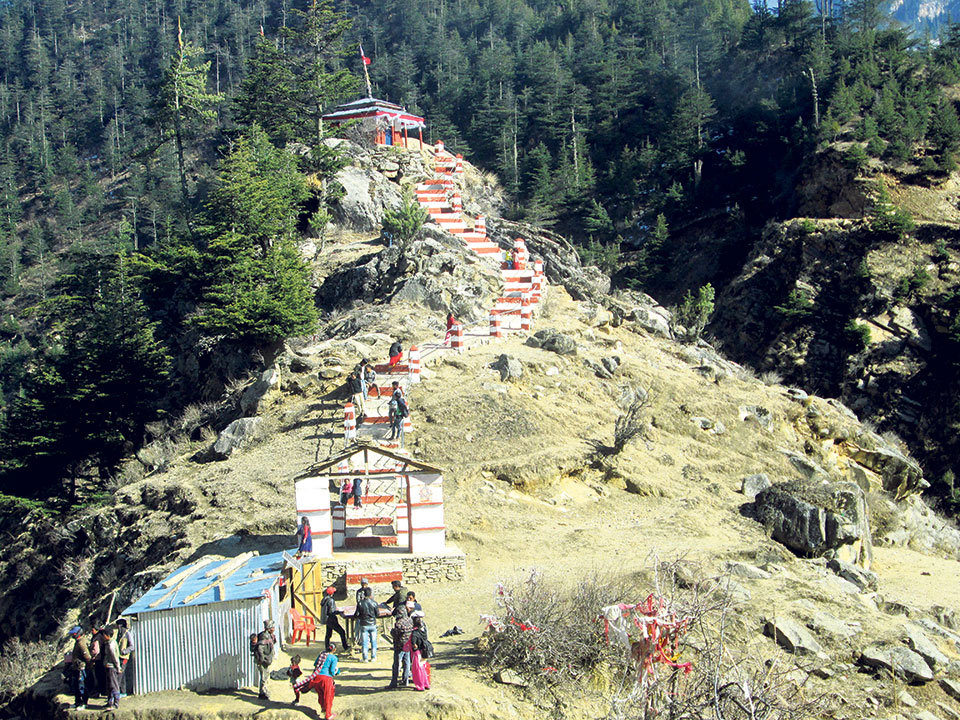 SURKHET, Dec 21: Hotel entrepreneurs and other businesspersons in Karnali have shown their eagerness to invest in the tourism sector in the region, given conducive environment. They have demanded security of their investment and basic facilities and infrastructures in place.

"We have seen a huge tourism potential in Karnali. It is a virgin land for tourists. But we cannot build big hotels and resorts when there are no basic infrastructures," said a tourism entrepreneur Yam Bahadur Bam from Kailali. "The government must also ensure security of our investment, ease taxes," he added.

According to a trekking entrepreneur from Kathamndu,  Deepak Lama, Phoksundo and Rara alone can draw millions of tourists to Karnali. There are dozens of many other special points for visitors. "But the problem is that of the road. We don't have the main infrastructure. Airways, roadways, both should be very smooth," he said.

He was for hotels inside Shey–Phoksundo and Rara national parks. If that is done, more tourists could be pulled in, he said. "A certain area should be allocated for hotels. This alone will bring billions of investment," he stated.

Bam and Lama also stressed more connecting roads to make Karnali an easy place to go for all Nepalis. From Chisaspani to Karnali to Benighat, road projects should be immediately initiated, they said.

The entrepreneurs were speaking at an interaction organized by the Association of Hotel Entrepreneurs, where Tourism Minister of Karnali Province Nanda Singh Budha assured them of all the best support from the government.  "You go ahead, you invest, we are ready to support. We will not even charge taxes for 10 years," he said. "We also assure you of all kinds of security and soft loans," he added.

Meanwhile, Lama drew everyone's attention toward attracting domestic tourists. Stating that a growing number of Nepalis have been taking interest in tourism, he said that the domestic tourists should be given priority as well. "We should not target only foreigners. In the context of a growing number of people in the country eager to holidaying, we have to target them too," he said.

Icchha Wagle, a businessperson from Birgunj, meanwhile, said that soft loans would encourage businesspersons to invest. "The government must facilitate for that," he said.

Kamal Prasad Subedi, a hotel entrepreneur from Chitwan, stressed a long-term vision for tourism development in the region. "The federal government should have policies that work in the long-term. Without a smart vision, smart results cannot be expected," he said.

JUMLA, Oct 27: With a large number of domestic tourists visiting Jumla of late, the image of Karnali as an under... Read More...

JUMLA, Oct 18: Gone are the days when Lal Bhadur Buda from Pansaya of Malika Thanta used to walk a whole... Read More...

EC announces schedule for election of new president, vice president
23 hours ago
UML in favor of reinstating Lamichhane as Home Minister, Maoist Center opposed to the idea
4 hours ago