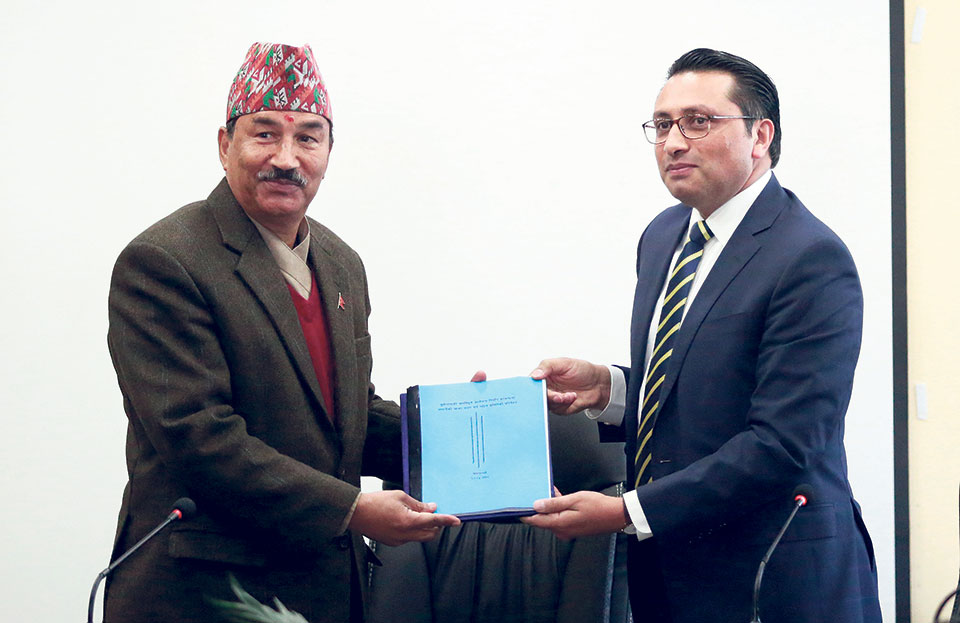 KATHMANDU, Dec 18: A study commissioned by the Ministry of Energy has concluded that Budhigandaki Hydroelectric Project can be built by utilizing internal resources.

“The project's estimated cost of Rs 270 billion can be collected from different entities. But a viability gap funding (VGF) of up to 35 percent of the cost is needed to make the project commercially viable,” a report prepared by the study panel and submitted to Minister for Energy Kamal Thapa on Monday reads.

The government is currently levying infrastructure tax of Rs 5 per liter of petrol to arrange funds for the project. It has so far collected Rs 15 billion.

The 1,200-megawatt reservoir project will be built in Budhi Gandaki River that flows between Gorkha and Dhading districts. It will have a 263-meter high dam.

After scrapping the decision to award the project to a Chinese firm by the previous government, the government had formed the study panel on November 24 to select a suitable development modality and look for financial modality to build the reservoir project.

The opposition party, which has now won a clear majority in the provincial and federal elections, had expressed serious concern over the abrupt decision to scrap the decision to award the project to the Chinese firm, and vowed to revoke the decision if it returned to power.

“The government should provide VGF of about 35 percent of the project cost, or Rs 94 billion, for land acquisition and resettlement programs for households to be displaced by the project, and also arrange additional resources at cheap rates which is called viability gap lending (VGL). It can recover the amount from infrastructure tax or carbon tax in the future,” a statement issued by the National Planning Commission (NPC), said.

Such tax can be one of the strongest sources of funding as consumption of petroleum product is growing by 15 percent per annually.

The study panel has also suggested approaching multilateral donors and Exim banks of different countries for funding, and issuing project specific bonds to raise funds from the domestic market.
Likewise, it has also suggested ascertaining possible downstream benefits of the reservoir by forming a panel of experts and begins talks with the countries downstream for benefit sharing.
The study panel has suggested the project to encourage positive externalities like tourism, fishery, agriculture, urbanization, irrigation and drinking water, among others, and examine negative externalities like resettlement, environmental impacts; and study integrated development planning and investments of federal, provincial and local levels.

It has suggested implementing the project by adopting company modality with an equity financing of 30 percent and 70 percent of loan financing. “Or the government can build the project on its own through the NEA,” the report states.

KATHMANDU, March 31: Prime Minister K P Oli had once indicated that under his premiership the decision of the previous government... Read More...