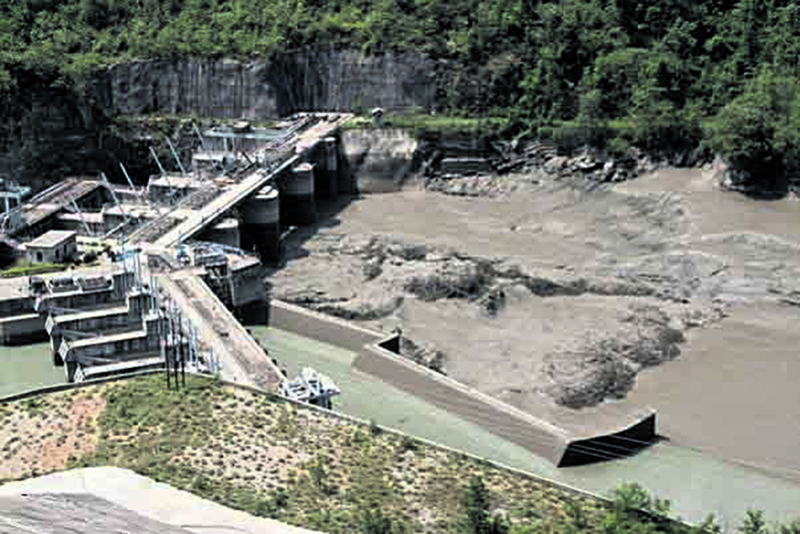 The meeting of the two house panels held on Monday decided to direct the government to scrap the Memorandum of Understanding (MoU) to award the 1,200-megawatt hydroelectric project to the Chinese developer. The MoU was signed in May.

“The meeting has decided to order the government to scrap the MoU and all the processes of awarding the hydropower project to the Chinese company and develop it by mobilizing internal resources,” Mohan Prasad Baral, chairperson of the AWRC, told Republica.

He said that the national pride project should be built by mobilizing domestic capital and capacity instead of handing it over to a foreign firm.

Speaking at the meeting, lawmakers flayed the government saying that the project was handed over to the CGGC without going for competition by violating the Public Procurement Act.

“This project was handed over to a controversial Chinese company whose track record is so bad in Nepal by flouting various laws like Public Procurement Act. The government made a blunder by awarding the project to the Chinese firm,” Prakash Jwala, chairperson of the Finance Committee, said. “The intention behind selecting this Chinese firm is only to hold the project. How can a company, which could not build even a 30-megawatt project (Chameliya), build such a mega project?” Jwala wondered.

The mega project is said to be instrumental in resolving energy shortage of the country.

The reservoir-type project lies in Gorkha and Dhading districts in central Nepal.
As the Kulekhani hydropower projects (Project 1 and 2), having combined capacity of 92 MW, are the only reservoir type hydropower plants capable of offsetting supply shortage during dry season, the Budhi Gandaki Hydroelectric Project is expected to respond to an urgent need of power regulation, especially during the dry season.

The government-led by Pushpa Kamal Dahal, on May 23, had in principle decided to entrust the work of building the mega-project to the CGGC under the engineering, procurement, construction and finance (EPCF) model. Following the cabinet decision, the then Minister for Energy Janardan Sharma had signed the MoU to develop the project with Lv Zexiang, president of CGGC, on June 4. The MoU, however, is silent about project cost. According to the project’s DPR prepared by a French consultant, the project is estimated to cost Rs 261 billion.

The decision to sign MoU by a caretaker government had drawn flak from a section of political parties, including the Baburam Bhattarai-led Naya Shakti Party-Nepal (NSPN). However, there are also experts who say that the dispute over who should build the project could make the project uncertain.