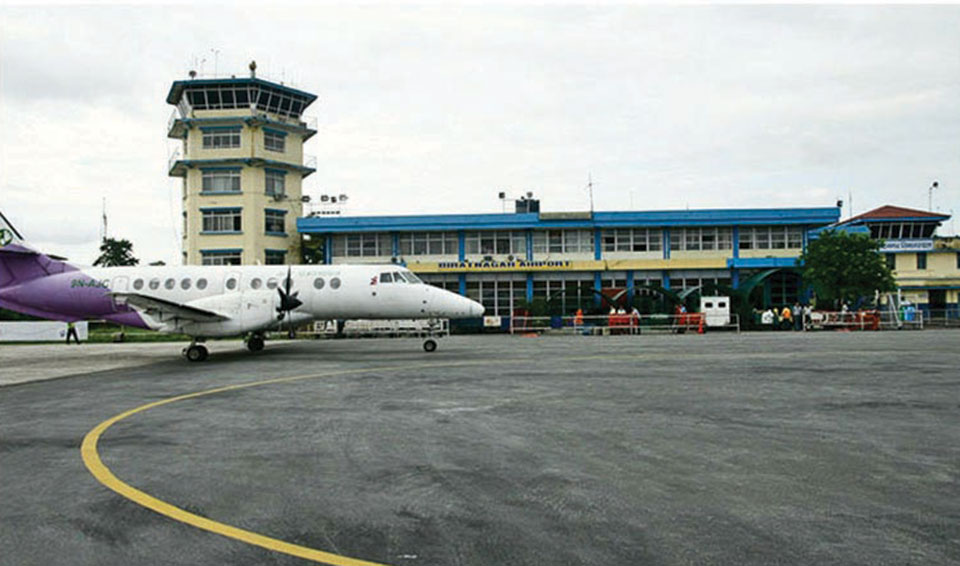 BIRATNAGAR, Nov 27: Buddha Air is operating a transit flight from Biratnagar and Bhadrapur of Province 1 to Pokhara from January 1 on the occasion of Visit Nepal Year (VNY) 2020.

Chief Minister of Province 1, Sherdhan Rai, at a meeting with stakeholders in Biratnagar on Sunday announced that flights will operate from Biratnagar and Bhadrapur to Pokhara with transit in Kathmandu. Biratnagar is the capital of Province 1, while Bhadrapur is former headquarters of Jhapa district.

Rai said that inter-province flights were being initiated by Province 1. He added that the flights will make travelling to Muktinath and other places easier for tourists from eastern Nepal and different Indian provinces. Though there will be transit flights for the time being, Rai said there will be direct flights in the future.

Rai hoped these flights to contribute to the development of Nepal's tourism sector.

He also asked the airline to operate mountain flight from Biratnagar and regular flights from all airports of Province 1.

Tourism entrepreneurs were happy with the announcement of transit flights from the eastern Nepali towns. They have urged Buddha Air to start Biratnagar-Delhi flights as well. Bhabis Shrestha, a Biratnagar-based tourism entrepreneur said the number of people travelling from Biratnagar to Delhi was also huge, so direct flight to the destination was possible. Currently, entrepreneurs and tourists travel to Delhi through Bagdogra International Airport.

Birendra Bahadur Basnet, managing director of Buddha Air, said that the Biratnagar-Pokhara transit flight was being operated as a test flight. He informed that the test flight will be operated for six months.

“Flights are not sustainable when there is loss,” Basnet said. “We had to discontinue the direct international flight as the company had to suffer the loss of Rs 100 million in 75 flights.”

Industrialists, entrepreneurs, and tourism entrepreneurs have been demanding operation of international flights from Biratnagar to major Indian cities.

Isolation beds to be set up in Province 1

BIRATNAGAR, Feb 6: The Province 1 government has decided to set up isolation wards in six hospitals of the region. Read More...