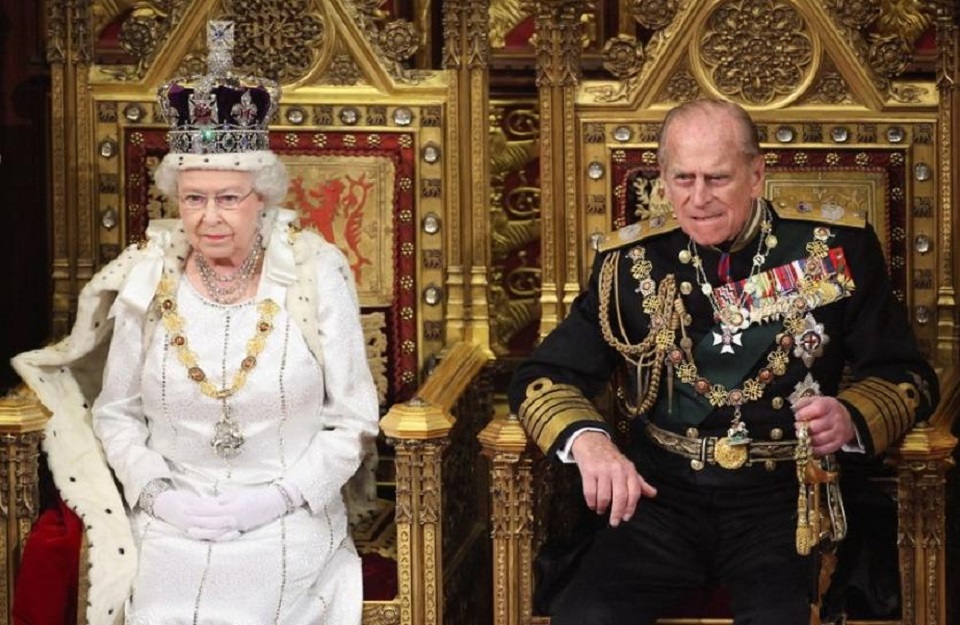 LONDON, April 10: Prince Philip, who was Queen Elizabeth’s husband for more than seven decades and helped to modernise the British monarchy and steer the royal family through repeated crises, died on Friday. He was 99.

The Duke of Edinburgh, as he was officially known, had been by his wife’s side throughout her 69-year reign, the longest in British history. During that time he earned a reputation for a tough, no-nonsense attitude and a propensity for occasional gaffes.

“It is with deep sorrow that Her Majesty The Queen announces the death of her beloved husband, His Royal Highness The Prince Philip, Duke of Edinburgh,” the palace said in a statement.

“His Royal Highness passed away peacefully this morning at Windsor Castle. The Royal Family join with people around the world in mourning his loss.”

Prince Charles, Philip and Elizabeth’s eldest son and heir to the British throne, visited the queen at Windsor on Friday afternoon, a royal source said.

A Greek prince, Philip married Elizabeth in 1947. He went on to play a key role helping the monarchy adapt to a changing world in the post-World War Two period, and behind the walls of Buckingham Palace was the one key figure the queen could trust and turn to, knowing he could tell her exactly what he thought.

“He has, quite simply, been my strength and stay all these years,” Elizabeth, 94, said in a rare personal tribute to Philip in a speech marking their 50th wedding anniversary in 1997.

“I, and his whole family, and this and many other countries, owe him a debt greater than he would ever claim, or we shall ever know.”

Buckingham Palace said modified funeral and ceremonial arrangements were being considered by the queen in light of COVID-19 restrictions in England which put a limit of 30 on the number of mourners.

An online Book of Condolence has been set up on the royal family’s website.

The College of Arms, Britain’s heraldic authority, said there would be no state funeral or lying-in-state, and Philip’s body would lie at rest at Windsor before a funeral in the castle’s St George’s Chapel. However, its statement was later taken down from its website and arrangements have yet to be officially confirmed.

Grandson Prince Harry and his wife Meghan became the first members of the royal family to issue a message of condolence.

“Thank you for your service ... You will be greatly missed,” they said on the website of their Archewell Foundation.

British newspapers reported that Harry, whose interview with Oprah Winfrey alongside Meghan last month plunged the royals into their greatest crisis in decades, was likely to be among the small number present at the funeral.

During that latest crisis, Philip was in hospital where he spent four weeks having treatment for an infection and to have a heart procedure before returning to Windsor in early March. He died two months before his 100th birthday.

Prince Charles, speaking to the BBC in a programme broadcast on Friday as a tribute to his father, said Philip “probably wanted to be remembered as an individual in his own right”.

“He didn’t suffer fools gladly, so if you said anything that was in any way ambiguous, he would say: ‘Make up your mind!’ Perhaps it made one choose one’s words carefully.”

Philip’s charm and disinclination to tolerate those he regarded as foolish or sycophantic earned him respect from some Britons.

To others, his sometimes brusque demeanour made him appear rude and aloof. Some of his comments were deemed racist and offensive, such as telling British students in China in 1986 they might become “slitty-eyed”.

The former naval officer, who served in the Royal Navy during the war and was mentioned in dispatches for bravery, admitted he found it hard to give up the military career he loved and to take on the job as the monarch’s consort, for which there was no clear-cut provision.

Prime Minister Boris Johnson said Philip had helped to steer the royal family and the monarchy so they remained “indisputably vital to the balance and happiness of our national life”.

“It is to Her Majesty, and her family, that our nation’s thoughts must turn today,” Johnson said. “Because they have lost not just a much-loved and highly respected public figure, but a devoted husband and a proud and loving father, grandfather and, in recent years, great-grandfather.”

Tributes and condolences flooded in from across Britain and the world, including from U.S. President Joe Biden.

“From his service during World War II, to his 73 years alongside the queen, and his entire life in the public eye — Prince Philip gladly dedicated himself to the people of the UK, the Commonwealth, and to his family,” Biden said in a statement.

Britain’s armed forces will mark Philip’s death at noon (1100 GMT) on Saturday with a Death Gun Salute. Artillery units in London, Edinburgh, Cardiff, Belfast and Gibraltar, and some navy warships, will fire their guns 41 times.

HEAD OF THE FAMILY

In private, the prince was regarded as the head of his family, but protocol obliged the man dubbed “the second handshake” to spend his public life literally one step behind his wife.

“There was no precedent. If I asked somebody ‘What do you expect me to do?’, they all looked blank - they had no idea, nobody had much idea,” he said in an interview to mark his 90th birthday.

After completing more than 22,000 solo appearances, Philip retired from public life in August 2017, although after that he occasionally appeared at official engagements.

His last appearance was in July at a military ceremony at Windsor Castle, the palace west of London where he and the monarch have resided during COVID-19 lockdowns.

“On the occasions when I met him, I was always struck by his obvious joy at life, his enquiring mind and his ability to communicate to people from every background and walk of life,” Archbishop of Canterbury Justin Welby said.

Philippos Schleswig-Holstein Sonderburg-Glucksburg was born on a dining room table on the Greek island of Corfu on June 10, 1921, the fifth child and only son of Prince Andrew of Greece.

He married the queen, then Princess Elizabeth, at Westminster Abbey on Nov. 20, 1947, five years before she came to the throne in 1952.

The couple, who were third cousins, had four children, Prince Charles, Princess Anne, and Princes Andrew and Edward.

They celebrated their 72nd anniversary on the same day that Andrew stepped down from public duties over the controversy surrounding his association with the disgraced late U.S. financier Jeffrey Epstein, one of a number of crises the family have faced.

In recent years, the queen has reduced her official engagements and passed many royal duties and patronages to Prince Charles, his son William and other senior royals. But she still carries out the most symbolic royal duties, such as the opening of parliament.

Some royal watchers say Philip’s declining health played a role in some of the monarchy’s recent travails, such as the crisis surrounding the decision by Charles’ younger son Prince Harry and his wife Meghan to give up their royal roles.

“The main lesson that we have learned is that tolerance is the one essential ingredient of any happy marriage,” Philip said in a speech in 1997.

“It may not be quite so important when things are going well, but it is absolutely vital when things get difficult. You can take it from me that the queen has the quality of tolerance in abundance.”

LONDON, May 17: Bitcoin dropped to a three-month low on Monday as investors sold cryptocurrencies in the wake of Tesla... Read More...