Bringing something to the table 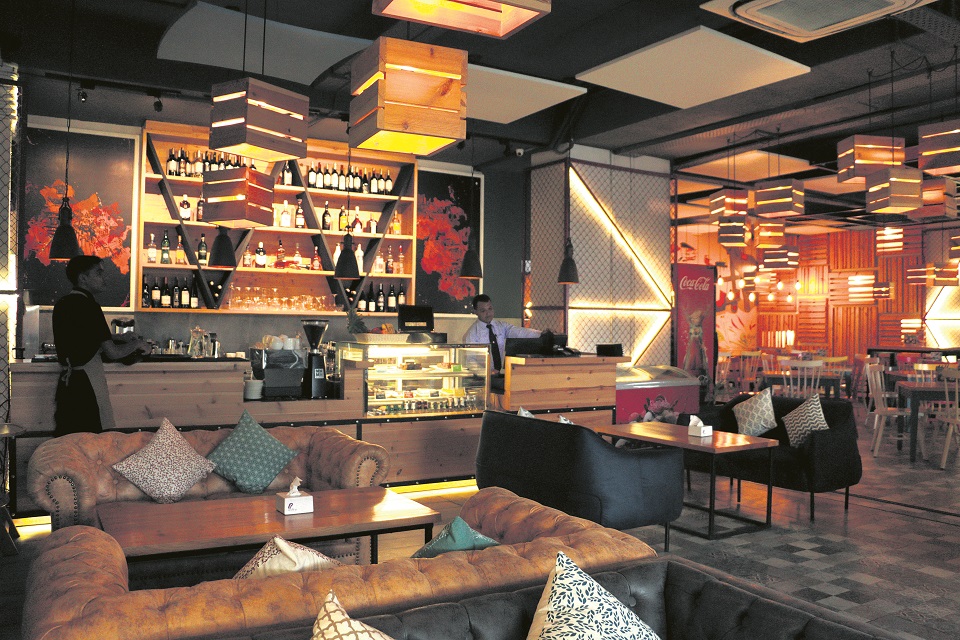 It’s safe to say that Aabhas Shrestha, currently the head chef at Mango Chili in Labim Mall, Pulchowk, is good at his job. Sample any dish at Mango Chili and you will see his fine culinary skills on full display. Everything from the taste to the presentation of dishes at the Thai restaurant is just right. 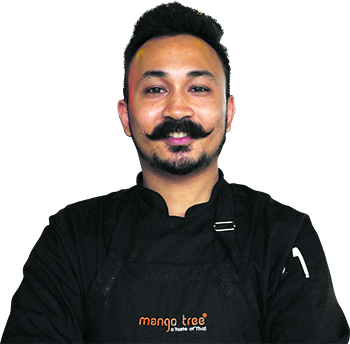 In Nepal, Shrestha has previously been associated with Soaltee Crowne Plaza and the Everest Hotel. He completed his bachelors in hotel management in 2010. To further refine his skills after that, he took cooking courses and underwent various trainings, following which he worked in renowned hotels in Genting Highlands and Scotland for six years. 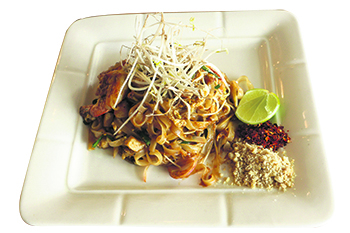 Shrestha confesses that he had always wanted to come back to Nepal and start his own restaurant business. But his career took a different course after the earthquakes of 2015. He didn’t think the time was right to start his own venture so when he heard of a job opening at Mango Chili he jumped at the chance. And Shrestha says the chance of plans turned out to be a good one.

“I got the opportunity to go to Thailand and train at Mango Tree, which is the head of the franchise,” says Shrestha adding that the authorities at Mango Tree recommended him for the position of head chef at Mango Chili. “I felt it was an honor and wanted to prove my worth,” he says. Another good thing that came out of this opportunity was that Shrestha, always an introvert, had to work on his communication skills and is thus much at ease while talking to people today than he was ever before.

He has been with Mango Chili for three years now and every day, he says, he works on further perfecting his craft and coming up with dishes that appeal to the Nepali palate. He says he created the Thai Chicken Wings and some baked fish items to cater to the Nepali taste. The food items, however, are only included in Mango Chili’s menu after sending the recipes to Mango Tree in Thailand for approval.

“When I go to Thailand, I also create new recipes after discussing things with the chefs there,” he adds.

It helps that he has always been interested in food and that being involved in the food business isn’t just about sustaining his life.

Shrestha says that he initially got interested in the art of cooking because he was a foodie and liked to sample different dishes. He used to watch cookery shows on TV and tried to recreate his own versions of the dishes afterwards. What started as a hobby quickly escalated into becoming a passion because Shrestha realized that he was good in the kitchen.

“There was a time when I made everything, from continental to Chinese to Indian cuisines,” he says adding that currently Thai cuisine takes precedence, not because his job calls for it but because he is amazed by the versatility of Thai cuisine.

“It has just the right hints of sweetness, salty tones, sour notes and spiciness to it,” he says. Shrestha claims that it was his trip to Bangkok that opened him up to the world of possibilities in Thai cuisine and there has been no looking back since then. He enjoys experimenting with this cuisine and feels there is a lot of scope in it.

His favorite dish, however, is anything that has pork in it. Shrestha says there is a lot of room to play around this ingredient and no two dishes comes out to be the same. He really likes that. His signature ingredients in most dishes, he divulges without any hesitation whatsoever, is lemon grass and kaffir lime leaves as these give food a mouthwatering aroma and make it tasty as well.

“Every chef has his secrets but it needn’t be guarded with our lives. Cooking food is an art and you won’t be able to replicate a dish just because you know what goes in it,” he says.

His inspirations include Marco Pierre White as he admires his style of simplicity while cooking. Shrestha confesses that he follows White’s recipe books and TV shows. Likewise, Shrestha also tries to learn from the British chef Gordon Ramsay. Apparently, the way Ramsay handles the kitchen, especially during busy hours and under extreme pressure, is mindboggling and Shrestha hopes to be able to do the same.

“I am very hands-on in the kitchen and that makes work very pressurizing sometimes. I hope to learn how to work perfectly in the kitchen despite all that by looking at the great chefs,” he says. Shrestha confesses that his managerial skills have definitely improved over the years and that he is much more in his element now but he feels there are still a lot of little things he needs to fine tune.

“One should never stop learning and the food business is such that there is always room for improvement,” he concludes.

Adding value to local food through fusion (with video)

Xavier Gomes has been a chef for past 29 years and has experience working in hospitality sector in 11 different... Read More...

When disaster strikes, Chef Jose Andres is on the ground

After earthquakes, as hurricanes blow and drench, when wildfires chew through neighborhoods and volcanoes spew deadly lava, look for a... Read More...