Breaking with tradition, yet another daughter lights her father's funeral pyre 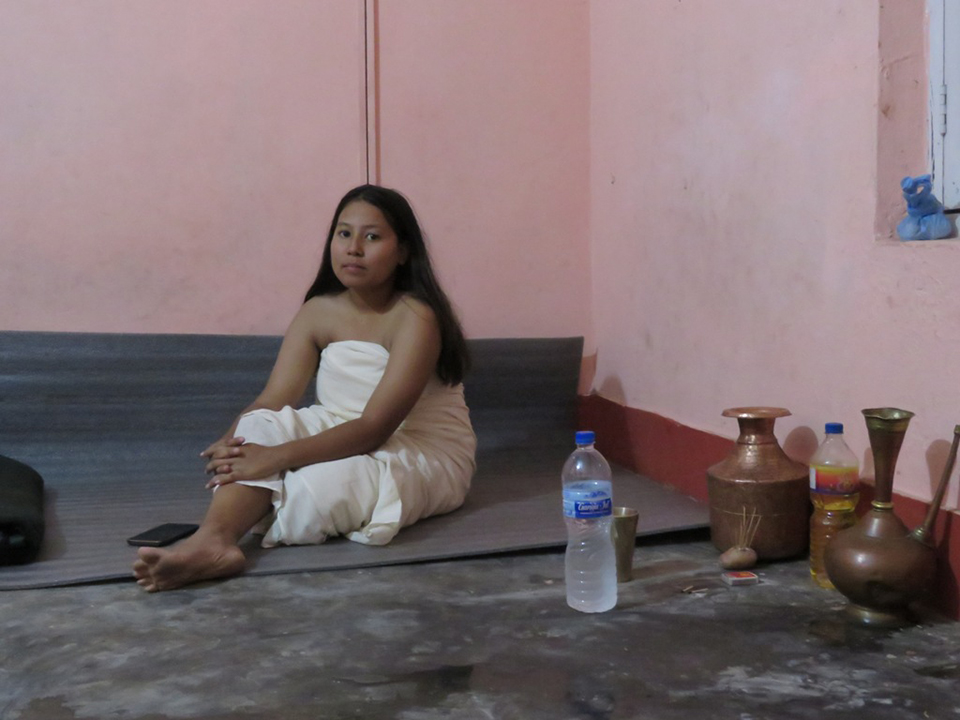 Anuja Shrestha performing the final rites of her father.

CHITWAN, May 10: Defying the age-old Hindu tradition which allows only sons to cremate their parents, a daughter in Baharatpur Metropolitan City has lit the funeral pyre of her father.

According to the tradition, those who don't have a son are cremated by their brother's son but not by their own daughters. However, challenging the conservative practice, many daughters these days have been shouldering the responsibility of cremating their parents. Recently, Anuja Shrestha, 19, of Chamelipath, Bharatpur Metropolitan City-3, set such example.

Her father Durga Shrestha, 45, died of diabetes and high blood pressure complications on April 30. Durga is survived by his two daughters, wife and father. Anuja, his younger daughter, is now performing his final rites. Her mother Sharmila helps her perform the rituals. As the couple had no son, preparations were underway to urge the father or brother of the deceased to perform the last rites. Later, Anuja decided to do that herself.

Sharmila says she accepted her decision as she feels there is no difference between a son and a daughter. As their elder daughter Pooja got married five years ago, the family allowed the younger daughter to perform the death rituals of her father. "Unlike in the past, daughters are lighting the funeral pyre of their parents and performing their duties as their children," said Sharmila.

Anuja took the decision as she had read news articles about daughters performing the final rites of their parents. That made her realize that she, too, could cremate her father. She is currently pursuing her Bachelor's in Business Studies at Presidency College of Management and Sciences.

Hindu people believe that they will be emancipated if their final rites are performed by their sons. According to Sharmila, the steps taken by many daughters of late will be a great help in eliminating superstitions and ill-practices. Not just family members but even the locals have praised Anuja for her bold step.