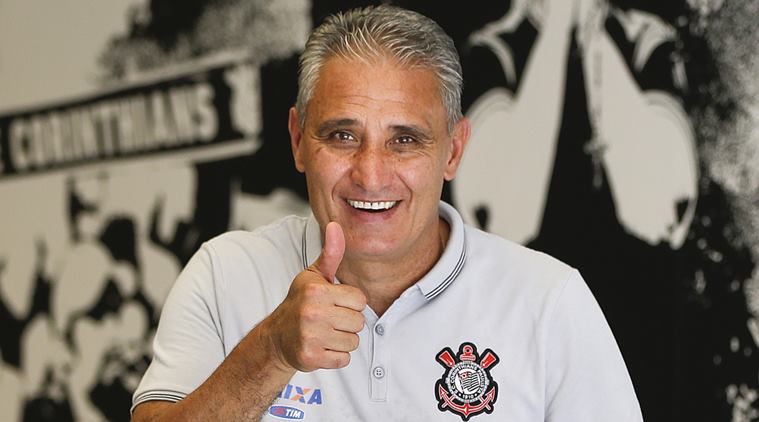 Bacchi, better known as Tite, on Monday said the five-time World Cup champions run the risk of failing to qualify for the 2018 tournament in Russia. The Brazilians are currently sixth in the South American qualifying standings, which is not enough to go through.

Tite (pronounced as CHICHI) was confirmed as coach by Brazil's Football Confederation on Monday, although the president of his former club Corinthians revealed last Wednesday that Bacchi had been tapped to replace Dunga following Brazil's group-stage elimination at the Copa America.

In a news conference in Rio, Tite said he still had "trembling knees" — or nerves — about taking the job after a succession of humiliations for Brazilian football in recent years.

"I am here because unfortunately the results did not come. But there is a potential for us to grow and aim for a spot."

Brazil has been present at every edition of the World Cup since 1930.

In qualifying for Russia, the Brazilians have nine points from six games, lagging behind Uruguay and Ecuador (13), Argentina (11), Chile and Colombia (10). South America World Cup qualifying offers four direct spots. The fifth-ranked South American team goes into an inter-continental playoff for another place in Rio.

Bacchi has been Brazil's coach in waiting since 2014, after taking the popular Corinthians to titles in the Brazilian Championship (2011), the regional Copa Libertadores and the Club World Cup (2012).

He left the club in 2014 to be available for national duties, but Brazilian football authorities chose to give another chance to their 2010 World Cup coach Dunga.

Tite returned to Corinthians and lifted the 2015 Brazilian Championship in convincing fashion. He recently admitted that the Brazilian football confederation tried to open negotiations with him in the last few months, but he was prepared to talk only after Dunga was not in the job.

Tite said Brazilian Football Confederation chief Marco Polo del Nero agreed not to interfere in his decisions. In 2015, Tite signed a petition for the removal of Del Nero, who can be arrested if he travels outside Brazil amid accusations of involvement in the FIFA scandal unveiled last year.

Tite didn't try to defend Del Nero against the accusations, instead focusing on his own job.

"The invitation is to be Brazil's coach. It is the best way for me to help with my life principals of transparency, democratization, excellence and modernity," he said. "I think it has to be like that in every area."

The 55-year-old coach indicated that Barcelona star Neymar won't continue as captain. Teams coached by Bacchi usually make a rotation for that role and he said that is "the ideal for a team."

Asked about the playing style he wants to implement, he said there will be a lot of overlapping, passing and organization.

"The team doesn't need to have Tite's face, it needs to have Brazil's face," he said. "It is individual skills allied to quality as a team."

Tite's first challenges as Brazil coach will be in September in World Cup qualifiers. His debut will be against Ecuador away on Sep.2. Four days later his team will host Colombia in Manaus.