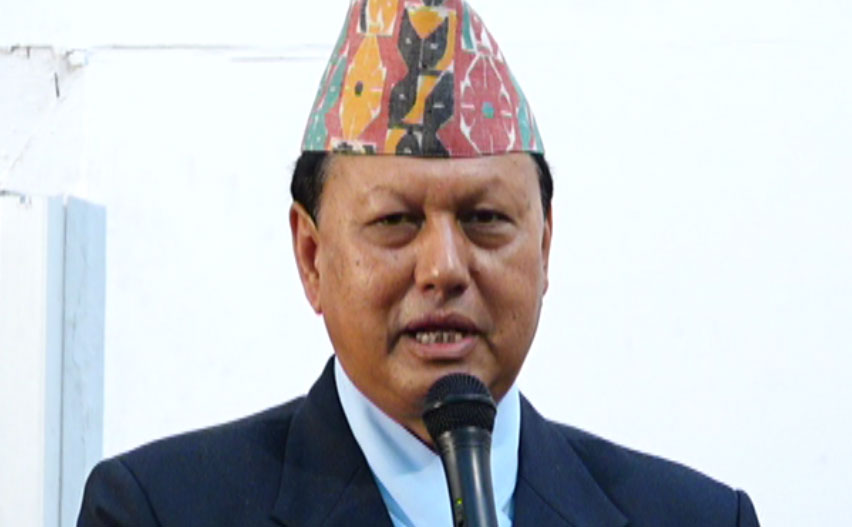 KATHMANDU, Feb 13: Minister for Information and Communications, Mohan Bahadur Basnet, has said that the digital ticketing system (box office) would help make the film industry profitable. The box office system has been implemented to make the sale and distribution of films systematic and transparent, he added.

Speaking after the inauguration of the box office that came into effect from today at the initiatives of Nepal Film Development Board, the Minister believed that the film sector with investment of billions of rupees and employing hundreds of people would now become financially transparent with the adoption of this system.

He said although a lot of discussions took place for implementing box office system in the past, it could not be enforced due to the lack of necessary coordination, expressing happiness that it could be materialised now die to the cooperation and proactive role played by all the sides concerned.
Chairperson of the Board, Nikita Poudel said the box office system was implemented with the investment and active role of the Board and the cooperation of all related bodies was essential for its success.

The Board has said that equipment required for establishing link between the cinema hall and the central server would be provided to all the multiplexes in the Kathmandu Valley with digital ticketing system within this February 19.

The central server has been set up at Thapathali in Kathmandu. The box office system would be implemented in all the cinema houses in the Kathmandu Valley by mid-July this year.

MUGU, Nov 26: Just a day before the first phase of parliamentary and provincial elections, the District Election Office of Mugu... Read More...

In Pictures: Demonstration held in support of Rabi Lamichhane
6 hours ago

Flights at TIA resume after two hours
13 minutes ago