Bolivian woman may be world´s oldest person at nearly 118 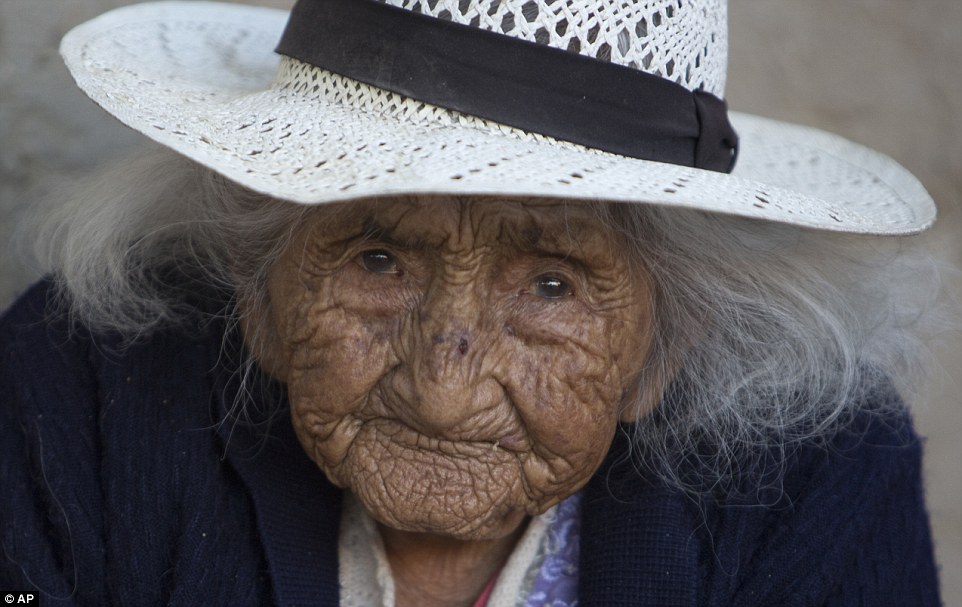 Oldest around: If her birth certificate, which has been verified by the government, is correct, Ms Flores Colque would be the oldest woman in Bolivia, and perhaps the oldest living person in the world

Aug 28: Julia Flores Colque is thought to be the world's oldest person, with a recorded age of almost 118.

The Bolivian woman still sings in her indigenous Quechua tongue and strums a tiny Andean guitar known as the charango at her home in the rural town of Sacaba. 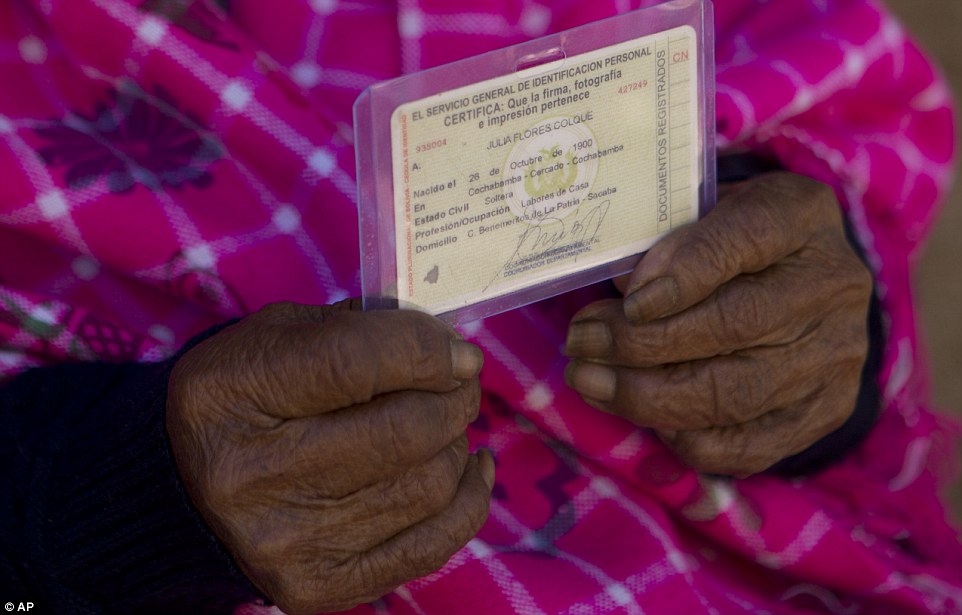 Proof: Ms Flores Colque's national identity card says she was born on October 26, 1900 in a mining camp in the Bolivian mountains

In her long life, she has witnessed two world wars, revolutions in her native Bolivia and the transformation of her home town from having a population of 3,000 people to a bustling city of more than 175,000 in five decades.

Her national identity card says Ms Flores Colque was born on October 26, 1900 in a mining camp in the Bolivian mountains.

Aged 117 and ten months, she would be the oldest woman in the Andean nation and perhaps the oldest living person in the world. 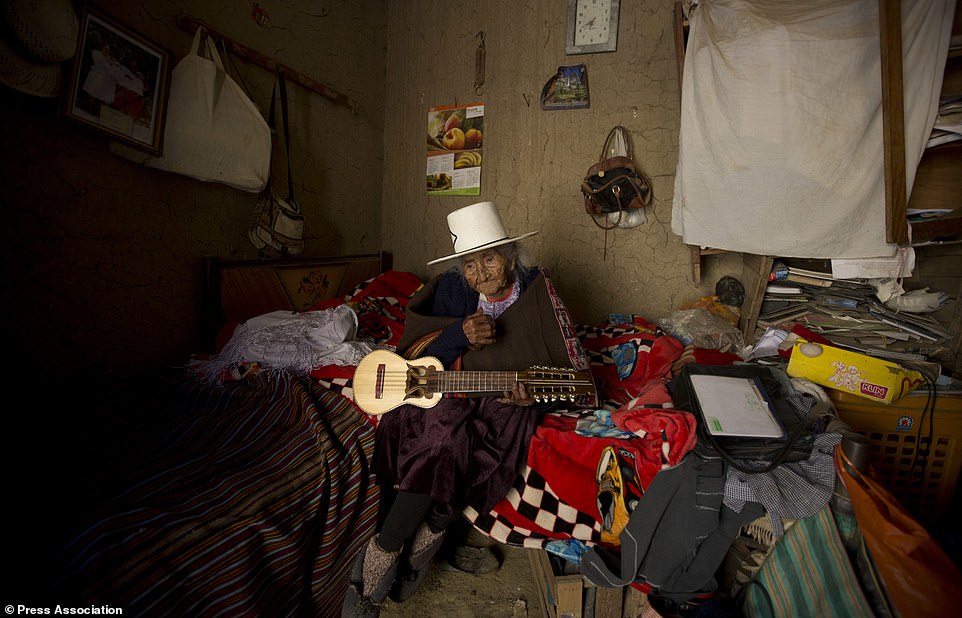 The centenarian still plays a charango, a small Andean stringed instrument, as she sits on a bed in the family home

However, Guinness World Records has said it has received no application for her and Ms Flores Colque does not seem to care that her record has not been confirmed. She has not even heard of the reference book. 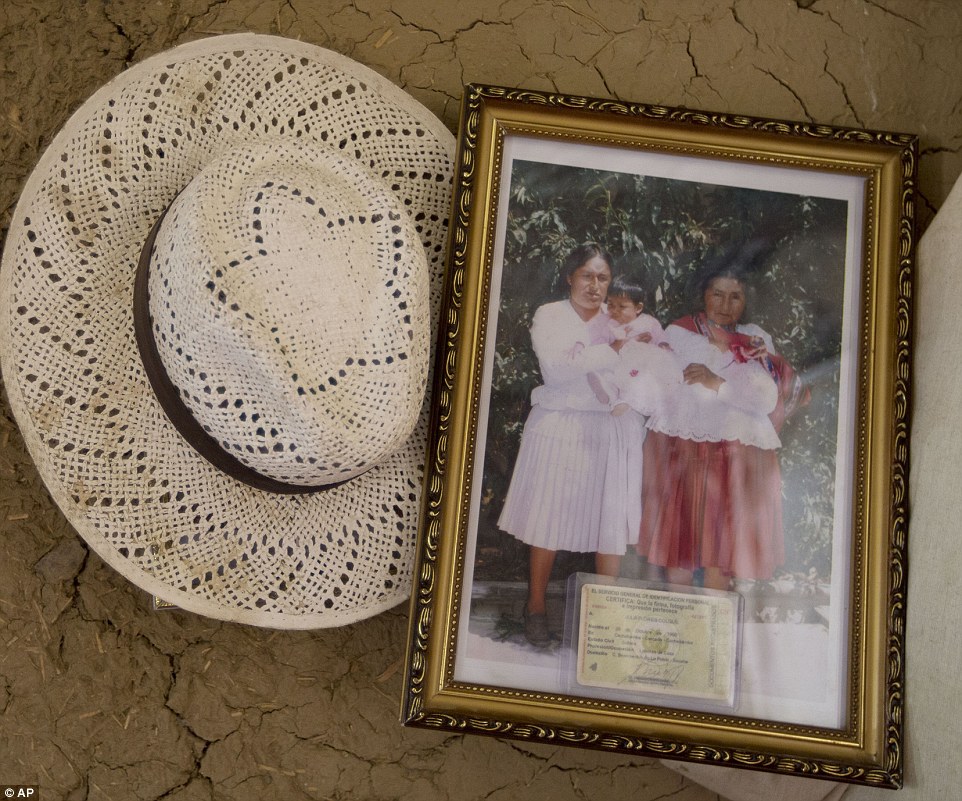 Memories: A framed image of then 90-year-old Julia Flores Colque, dressed in red on the right, standing with her grandniece Agustina Berna and her great-grandniece Rosa Lucas

These days, she enjoys the company of her dogs, cats and chickens.

She is lucid and full of life, and she loves a good cake and singing folkloric songs in Quechua to anyone who comes to visit the dirt-floor adobe home she shares with her 65-year-old grand-niece, Agustina Berna.

Ms Flores Colque told reporters: 'If you would have told me you were coming, I'd have remembered all the songs.' 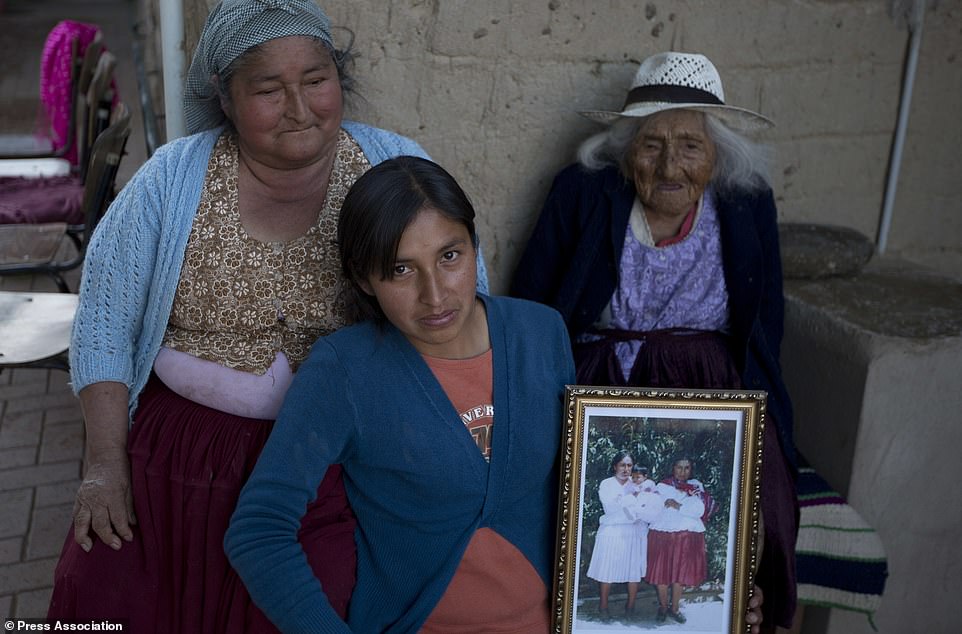 A few years later: Rosa Lucas, now an adult, holds the picture as she sits with her mother Agustina Berna and her great-great-aunt at their home in Sacaba

Growing up, the now-centenarian herded sheep and llamas in the Bolivian highlands until she moved in her teenage years to a valley, where she began selling fruits and vegetables.

The produce became her main source of sustenance, and she still maintains a healthy diet though she does indulge in the occasional cake and glass of soda. She never married and has no children. 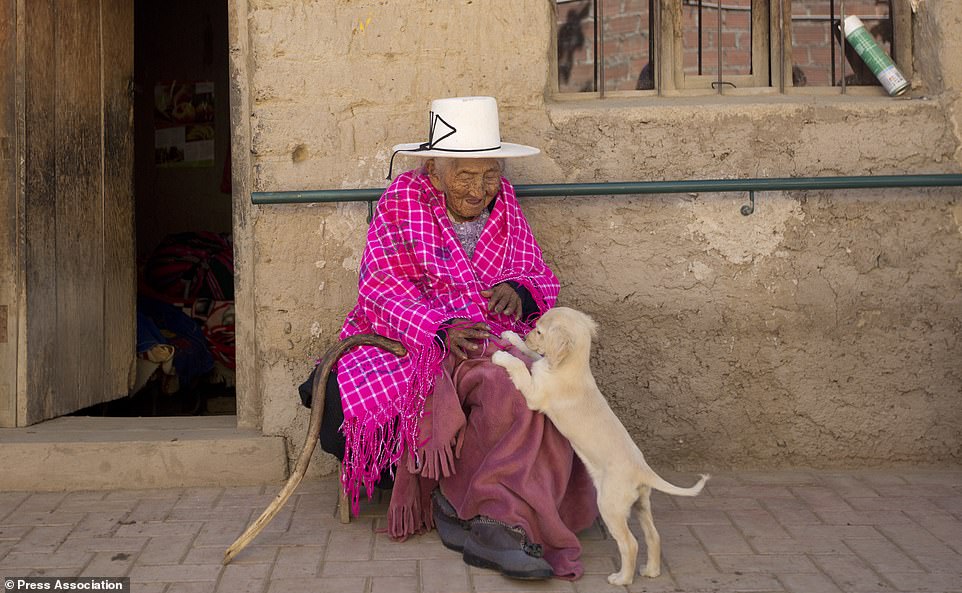 Growing up, the now-centenarian Julia herded sheep and llamas in the Bolivian highlands until she moved in her teenage years to a valley, where she began selling fruits and vegetables

Birth certificates did not exist in Bolivia until 1940, and births previously were registered with baptism certificates provided by Roman Catholic priests.

Ms Flores Colque's national identity card, however, has been certified by the Bolivian government.

Her longevity is striking in Bolivia, which still has one of South America's highest levels of mortality, according to the UN's Economic Commission for Latin America and the Caribbean. 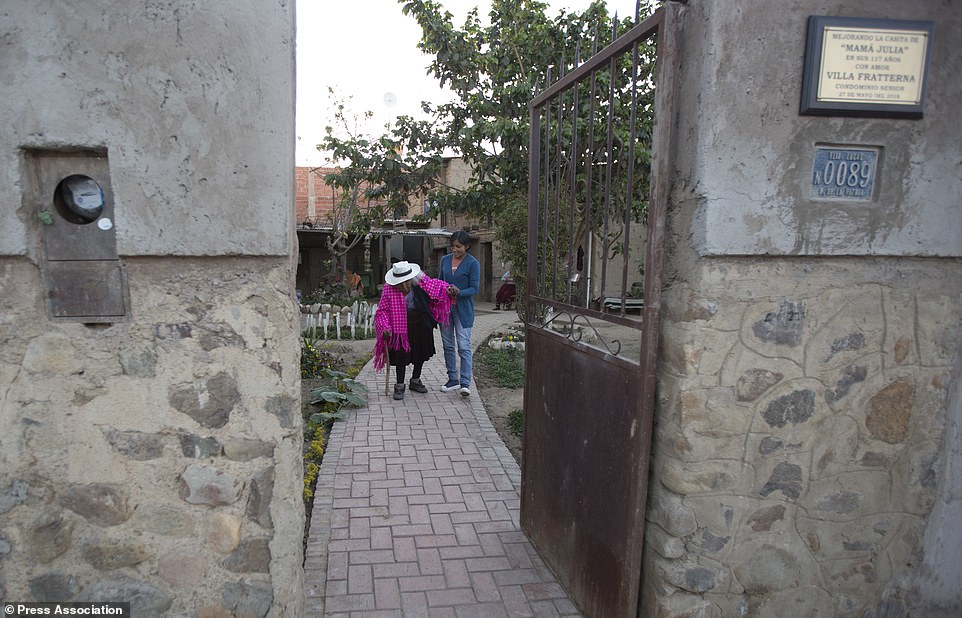 Ms Flores Colque can still walk, confounding the diagnosis of a local doctor after she suffered a fall several years ago

The office and a private foundation have improved her home, building a brick path where she walks, and a shower and toilet with a railing so the centenarian can safely make her way to the bathroom at night.

Just a few years ago, she still walked briskly. But then she fell and hurt her back, and a doctor said she would never walk again. She proved the doctor wrong.