Biratnagar's mayor plans to restore lost glory of the city 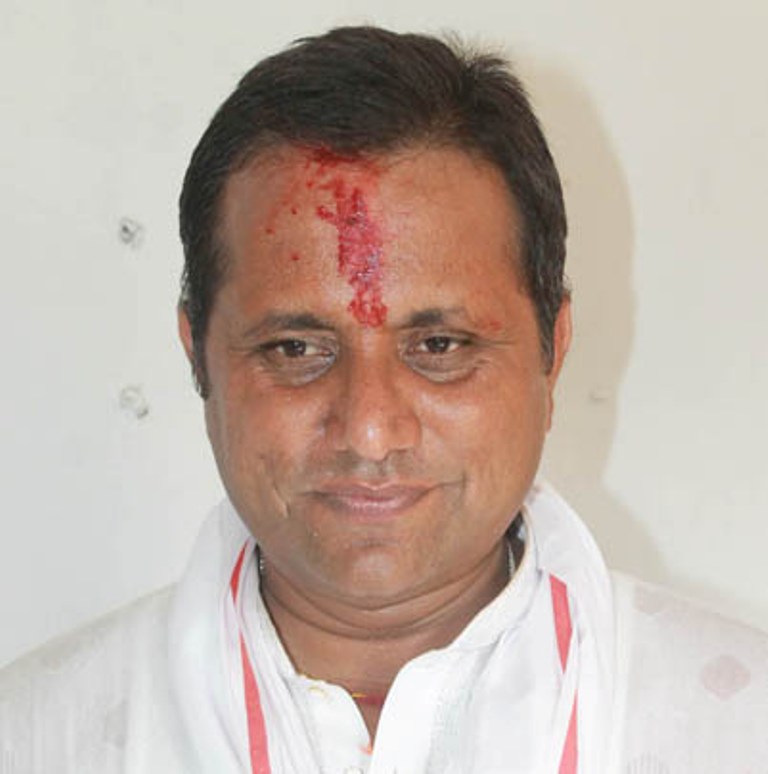 Forty-three-year old Bhim Parajuli of Nepali Congress (NC) has been elected as the mayor of Biratnagar Metropolitan City. The number of aspirants for the mayoral post was very high in Biratnagar which had recently gained the status of a metropolis. It was not an easy task for Parajuli to convince the leaders of NC to provide him the ticket for the election. Parajuli was born in a middle-class family on April 2, 1975. He is the youngest among five brothers and four sisters. He started his political career since his student days. He was twice elected as the chairperson of Nepal Student Union (NSU) at Mahendra Morang Campus and has twice handled the responsibility of chief of the ward.

He is the chairperson of 24 various organizations working in Biratnagar. Parajuli, who is a shareholder of Shikshadeep College, Hamro Hospital, and Purple Haze Cottage among others is equally active in religious activities.

As NC experienced defeat in all the metropolis except for Laitpur in the first phase of local elections, this time the party was determined to bag victory anyhow. CPN-UML, Federal socialist Forum Nepal (FSFN), Nepal Democratic Forum and many others made alliances to defeat NC. Despite that, they failed to do so.

Republica's Ajit Tiwari and Binod Subedi had talked with the newly-elected Mayor Parajuli, who emerged victorious in the historic elections with a big margin of 5,710 votes. Excerpts:

As you have been elected as the mayor of Biratnagar Metropolitan City, how do you feel about it?
Party members had put their trust on me and I didn't let them down. My determination and loyalty played a vital role in wooing the voters. With the support of the people I have been able to win with a heavy margin for which I am really glad. Joy of victory is no less but I have already started feeling the pressure of my responsibilities. But I will have to live up to the expectations of the voters and make them feel that they have chosen the right candidate.

What are your plans? How will you move forward?
I saw a different kind of enthusiasm among the locals after I won the election. It reflected the faith and trust that they had on me. I have already presented the overall development plan of Biratnagar in the manifesto. After assuming the office I will run a 100-day campaign to make the locals feel some difference. My first priority will be to abolish corruption from the city. There are no proper roads in the city.  Most of the roads are poor and dilapidated and they cause dust pollution. So, at first I will blacktop those roads. Developing a clean and green city is my agenda.

Biratnagar is the largest city in the east, so are your plans enough for the overall development?
Biratnagar lacks proper infrastructures to meet the criteria to be the capital of Province 2, so it is my responsibility to construct those infrastructures taking that into consideration. I will bring a concept of planned city. As the city is not properly managed, the concept of city planning is the need of the hour. For that, tax should not be increased but the rules should be properly implemented. I am hopeful that I will receive enough help and support from the locals to reach my goals.

Biratnagar is the capital city of the province. So, what are your plans to raise the economic status of the city?
Biratnagar is a city which carries political and financial legacy. In order to develop the industrial sector, I will have to coordinate with the private sector. If we can bring Nepal's first industry, Biratnagar's Jute Mill back in operation that will greatly contribute to the economy of the city.  That can provide employment to hundreds of locals. This mill has a great historic importance too. So, I will have to bring it back into operation. Besides that, there are several renowned companies and industries in Biratnagar. It is a home to many entrepreneurs too. Hence, it will be easier for me to take suggestions and advices from them in order to form my agendas. As this city is a gateway to India-Nepal and China, Jogbani- Kimathanka road section is in the pipeline. This will also contribute to the economic development.

You had made a lot of promises to the locals before the elections, are they going to be fulfilled?
I was a Congressman before the election but being elected a mayor I have become a public figure. It's my duty to treat everyone equally. I showed a lot of dreams to the voters but all of them were possible dreams. I will develop the roadways, drainage and also manage clean drinking water for all the locals as I promised. I will take all necessary efforts required to complete my work plan on time. Most of the projects in the district are done using traditional tools and equipment so I will take initiatives to replace those tools with modern technology.

Biratnagar was named after King Birat but unfortunately, the king's palace is in such a poor condition that people hardly know about it. Is it not a challenge for the new mayor to do something about it?
I know, this city has a great historical background. King Birat's palace is still there in Buddhanagar but it is in a sorry state. This can be a good destination for tourists. So, I am planning to reconstruct and repair the palace in order to attract more number of tourists. It is equally important to promote the palace at the national level. As the city is close to Bihar and West Bengal of India, it will be easier to attract Indian tourists as well.

In the local elections, you were greatly supported by the youths. But, as the brain drain of youths is increasing in the recent days, do you have some plans to control that?
Youths have been great support for my victory. They remained loyal to me despite my political background. With the objective of reducing the migration of youths, I will introduce a provision for youths to get loans easily to start their own business in the country. Students will be able to manage loans for themselves by keeping their certificates as assets. Besides, that I will construct youth information centers, elderly citizen centers as well as disabled-friendly centers and will also try to provide free education to the children from poor family. Easy access to health facilities is also one of my priorities.

DOLAKHA, May 17: CPN-UML has clinched both mayoral and deputy mayoral posts in Jiri Municipality. ... Read More...

Lord Mayor of the City of London arrives

KATHMANDU, Jan 22: The Lord Mayor of the City of London, Dr Andrew Parmley has arrived here Saturday on a... Read More...