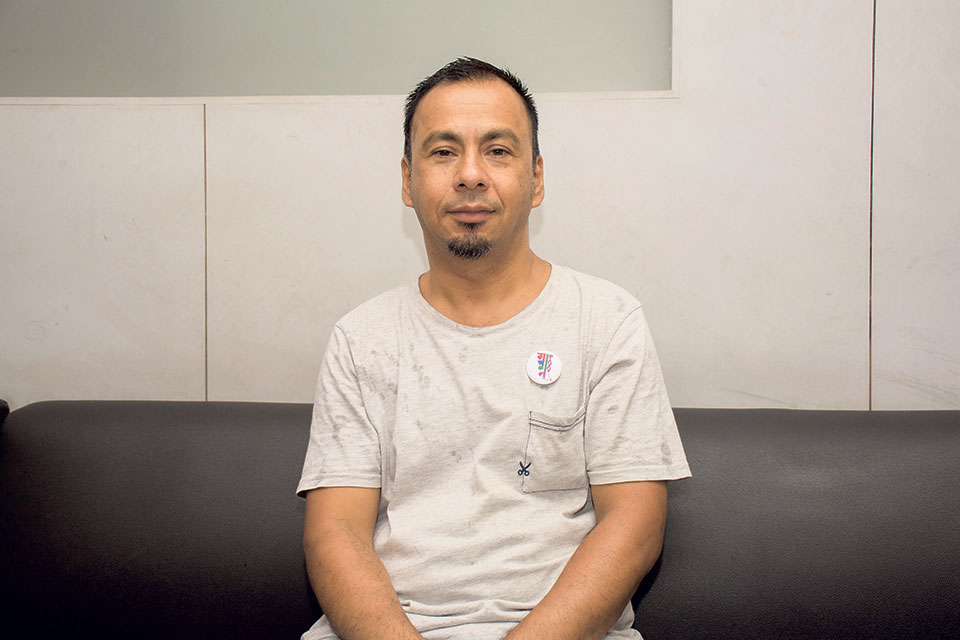 The earthquakes of 2015 left many Nepalis in despair. Not only did it leave many people homeless but it also destroyed many of our important heritage sites. And, even today, three years after the massive earthquakes, these precious heritage sites, that speak volumes of our culture and tradition, have not been restored to its original glory. It is this scenario that compelled social activist Alok Siddhi Tuladhar to raise the issue of effective renovation and restoration through various campaigns.

“Nepal is an earthquake prone nation and there’s nothing we can do about that. But we can certainly work towards mitigating the consequences. If all our national heritages are lost this way, to natural disasters, then what will be left for the future generation? Currently, whatever is being done to renovate the damaged and destroyed heritage sites isn’t enough,” he says adding that the work has been left in a limbo and we, as citizens, must speak up and do something about it.

Tuladhar had always been very fascinated by the culture, traditions, and heritage followed by his family. In his early days, he was only taught about the religious aspects of those traditions. But, as a curious child, he always searched for the scientific reasons behind every element from his culture. Take for instance, the chariots at various jatras. These chariots are constructed in such a way that, despite the fact that they lack any nails to hold them together or concrete base for support, they do not fall apart when moved. Tuladhar says this technique could be used to rebuild the lost heritage sites. And these structures would withstand any earthquake or natural disasters. “If we were to use the same traditional engineering techniques for reconstruction then they will be less likely to get destroyed again,” he explains.

Tuladhar further says, “Our ancestors used traditional construction materials like mortar, baked clay, and wood. They were energy efficient and cost-effective, and the buildings made from them were strong enough to stand for hundreds of years. But the materials used today are not that durable. Moreover, contractors use low-quality materials just to minimize construction cost and fatten their own wallets.” He agrees that the traditionally used materials might not be easily accessible right now but with a little bit of effort, it’s not that hard to obtain them. He also says that effort will be well worth it as the reconstructed monuments will last centuries.

Materials used aside, Tuladhar also claims that the engineering techniques that are currently being used for construction aren’t good ones. There has been a blatant disregard of traditional methods and that’s not a good thing, he says. Due to this, promoting the use of traditional methods while reconstructing heritage sites has been one of the ultimate objectives of Tuladhar’s campaigns.

Besides that, his other projects, namely the Rani Pokhari project and the campaign to rebuild Kasthamandap – have also not gone unnoticed. After the massive earthquake, Rani Pokhari was completely destroyed and the water dried up. The area was then turned into a store of sorts where the construction materials were being kept all piled up. So, Tuladhar with a few other activists raised their voices against this through social media and various other mediums. It was post their rigorous campaign that the Kathmandu Metropolitan City was compelled to focus on the issue and remove all the construction materials from the site.

Similarly, for the Rebuild Kasthamandap campaign, Tuladhar and his team encouraged locals to contribute money and manage labor on their own for the reconstruction of the area. “Kastamandap is the oldest and iconic public shelter. So, rather than giving the contract to any international donors or agencies, we believe it’s our responsibility to renovate and maintain it,” says Tuladhar. This particular campaign is still going on strong and Tuladhar says that, compared to the past, there are a lot of people getting involved in the cause right now. “There has been some level of awareness among the public regarding our lost heritage sites and that is a good sign,” he says adding that his efforts won’t wan because he knows the moment it does, so will public interest.

He also mentions that he is glad that the change in people’s perspective started from his home. His wife, a business and finance student, joined classes of cultural history and archaeology for her masters. Likewise, being influenced by his work, his son wanted to purpose the idea of initiating a different course regarding the importance of our cultural heritages in his school. He regards these changes he has brought about on the home front as his biggest achievements so far.

“As locals, if we are aware and active then there’s a lot we can accomplish in terms of bringing back the lost glory. We don’t need help or support from others. We are completely capable of doing it on our own,” he concludes.

KATHMANDU, Feb 28: While pointing out the need to work on various fronts to revive the glory of the party,... Read More...

Biratnagar's mayor plans to restore lost glory of the city

Forty-three-year old Bhim Parajuli of Nepali Congress (NC) has been elected as the mayor of Biratnagar Metropolitan City. The number... Read More...