A five-member Nepali delegation led by Acting Director General of Department of Tourism, Durga Dutta Dhakal, represented Nepal in the meeting. Other members of the team were Laxmi Sharma, legal officer at the department; Ashok Pokarel, president of Nepal Association of Tour Operators (NATO), Bikram Pandey KAJI, the founder of Buddhist Circuits.Com, and Shikhar Prasai, managing director of Natraj Tours.

In the meeting, participating tour operators shared their experience of handling tourist groups in the member states of Bay of Bengal Initiative for Multi-Sectoral Trade and Economic Cooperation (BIMSTEC). Other issues discussed in the meeting were preparing a common tour package, setting up hospitality desk at the airports of all member states, preparing webpage of BIMSTEC tour operators and simplifying visa for citizens of member states to increase movement of tourists in the region, according to acting director general Dhakal.

The next meeting of Network of BIMSTEC Tour Operators will be held in Sri Lanka.

Meanwhile, India has agreed to allow double entry e-visa facility to foreign tourists which allows e-visa holders to enter and re-enter its territory by land. Earlier, only the foreigners having sticker visa stamped on their passport were eligible for such facility.

“The decision means foreign tourists with Indian e-visa can now travel to bordering Nepali city and return back to India. The new provision will help us to bring more third country tourists from India to Nepal. They will enter Nepal form India, stay few days here and return back to India,” Bikram Pandey of Buddhist Circuits.Com said, adding, “It will help us to bring more tourists to Lumbini, Chitwan and Pokhara and other tourists sites as Cross Border Tourism within Nepalese territory.” 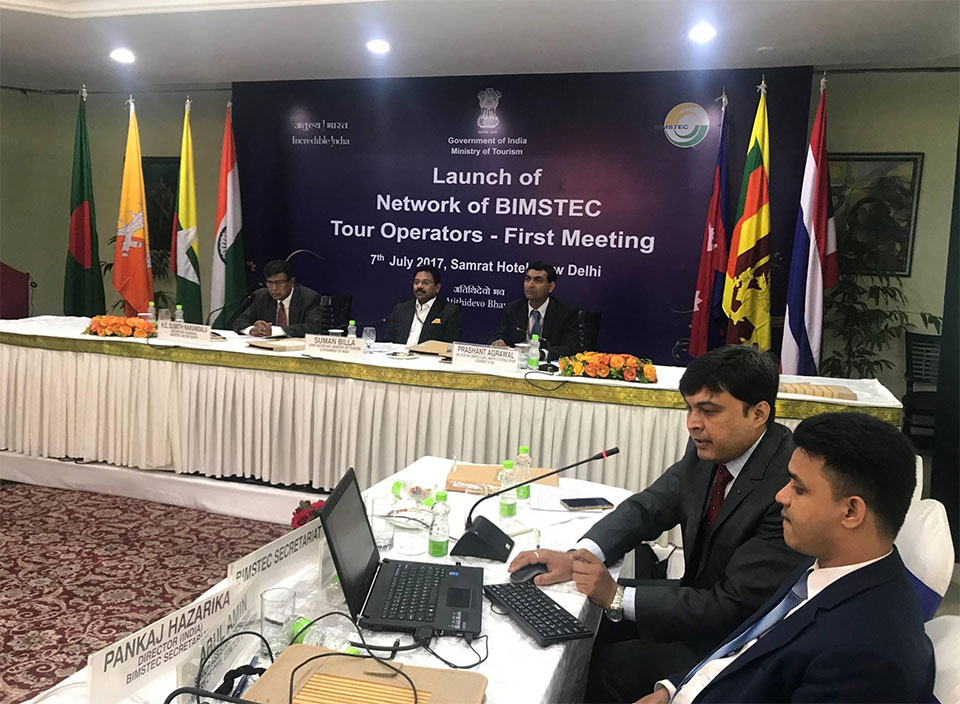 KATHMANDU, Feb 8: The 17th Session of BIMSTEC Senior Officials' Meeting (SOM) has concluded in Kathmandu on Tuesday, with an understanding... Read More...