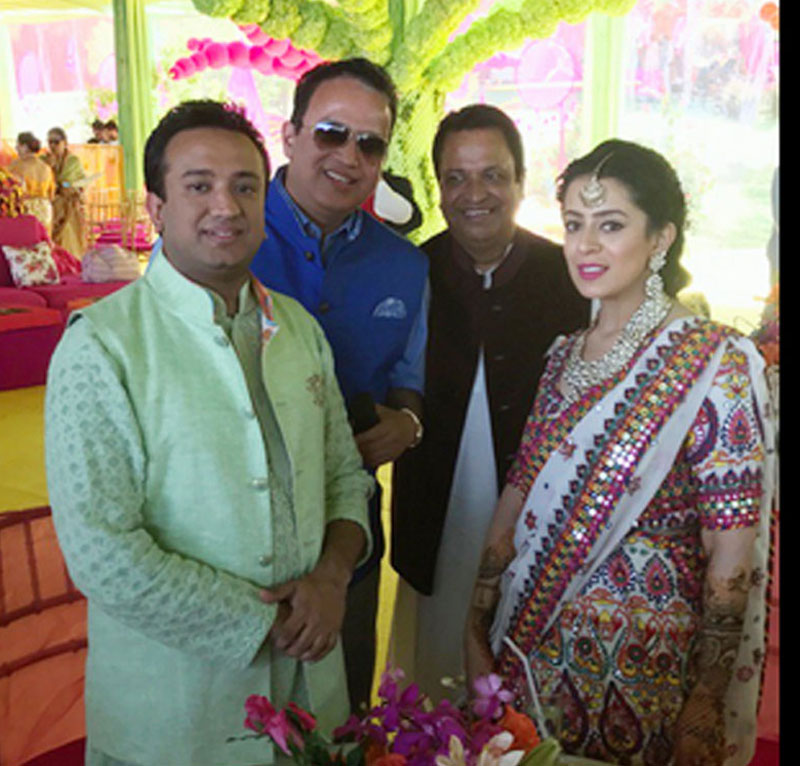 The wedding, which took place at Jag Mandir in Rajasthan continuing from Friday night to Saturday morning, saw a bevy of celebrities mixing with the royals of Rajasthan, dressed in their best.

Clad in a simple black suit, Salman attended the venue just for a few minutes with a dozen of bodyguards and police officials protecting him from the guests who were clearly the star's huge fans.

The actor was able to just meet and greet the bride and groom, who were yet to go through the whole marriage ceremony.

Among the Nepali invitees, former chairman of Non-Residential Nepali Association (NRNA) Jiba Lamichhane attended the marriage ceremony. Lamichhane posted a photo on his twitter and congratulated the bride and groom.

According to the IANS, the high-profile wedding had guests ferried from ports of top hotels in boats designed like the Kashmiri shikaaras to the venue.

Tinted red, the venue for the wedding which is mostly an island, was decked up in the best of flowers, drapes with well-organized seating arrangements for all present.

While the grandeur was enough to keep the guests gawking as they entered, the food options were a cherry on the top.

From celebrity chef Ritu Dalmia herself whipping up bites of vegetarian heaven to the beautifully arranged fruit station, the food offered had something for everyone no matter how small or how big an eater the guests were.

The venue was split into two as the Jaimala took place on one side while the pheras happened on the other. The mandap (where the pheras or rounds take place) was majestic in gold with an amphitheatre like setting around it where the guests could witness the matrimonial rituals.

KATHMANDU, April 25: Nepal Republic Media (NRM) has marked the commencement of its 10th year organizing a special function in the... Read More...

Man ties the knot with smartphone in Las Vegas

LOS ANGELES, June 30: A man in the US has taken his love for smartphones to a whole new level... Read More...