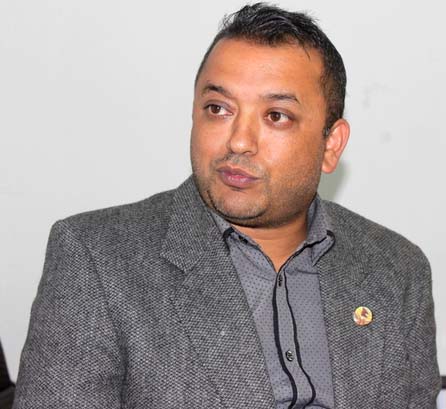 KATHMANDU, June 3: The government is likely to present a bill relating to the reproductive health before the Legislature-Parliament within the next 15 days.

Taking part in an interaction programme organised by the Reproductive Health Rights Working Group here Saturday, Health Minister Gagan Kumar Thapa informed about this, insisting on the need of endorsing a bill as soon as possible so as to legally establish reproductive health which is guaranteed as the fundamental rights by the constitution and to fulfill commitments that Nepal made in this regard.

It is noted that the Council of Ministers two weeks ago gave consent in principle to the Health Ministry to prepare a bill.

According to Minister Thapa, the Ministry would send the bill to the Law Ministry tomorrow and it would possibility take two weeks in maximum for discussions at the Council of Ministers before being forwarded to the parliament for further action. He said the change in government would have no effect on the matter as it was the agenda of priority of the government.

On the occasion, on behalf of the action group, Sancharika Samuha (a group of female journalists)'s chairwoman Nirmala Sharma honoured the Health Minister in recognition of his contribution to bringing positive changes in the health sector. RSS

KATHMANDU, September 7: A bill relating to the operation of local levels is to be presented at a full meeting... Read More...

KATHMANDU, July 7: The State Affairs Committee of the Legislature Parliament has directed the government to immediately forward the bill... Read More...