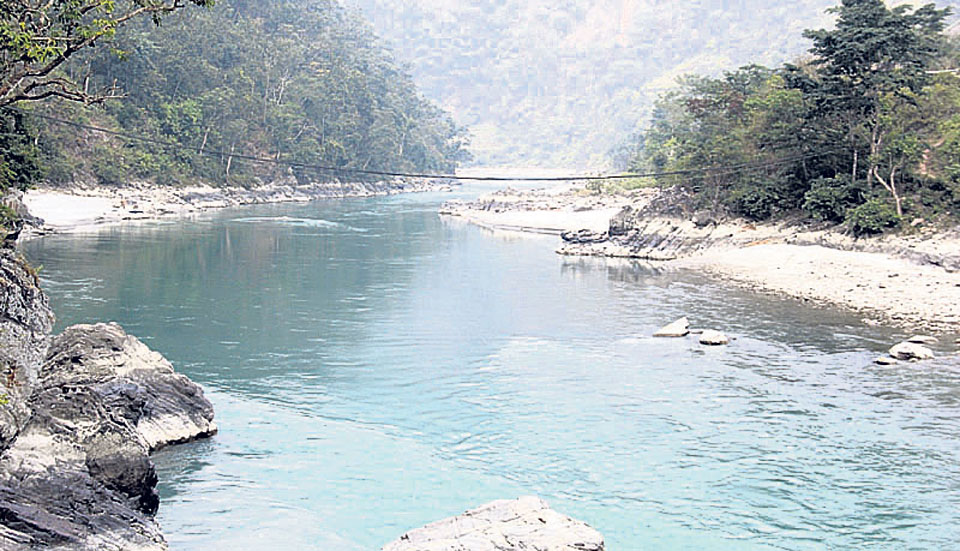 Two separate companies owned by the Chinese government are involved in these projects -- directly or indirectly. But both the projects are not gaining momentum in the lack of bilateral commitment of the two countries.

Though Nepal had raised the issue during the recent China visit of Prime Minister Khadga Prasad Oli, no agreement was reached, according to officials present in the bilateral talks.

The joint statement issued after the bilateral talks is silent about these projects though new agreements on energy cooperation and conducting feasibility study of cross-border transmission lines were reached during the visit.

Following termination of license of Budhigandaki Hydropower Project (1200 MW) awarded to China Gezhouba Construction Group Corporation (CGGC) by the previous government, the current government is silent on the matter. Though Minister for Energy Barshaman Pun announced to build the project by mobilizing internal resources on May 9, the cabinet has rejected the financing modality of mobilizing internal resources to build the project prepared by a team led by former vice chairperson of National Planning Commission Swarnim Wagle.

The report prepared by Wagle’s team is gathering dust at the energy ministry.

Though distribution of compensation for land and houses to be acquired for the project is going on in full swing, the government has not stated clearly how the project will be developed. Many say that the indecision hints that the government was preparing to award the project again to the Chinese company.

“The issue of financing the multi-billion-rupee project still remains undecided,” said joint secretary of Ministry of Energy, Water Resources and Irrigation, Chiranjibi Chataut who oversees the project from the ministry.

The project is among a few ready-to-implement projects of the government. Chataut fears the delay in finalizing project development modality might trigger fresh hurdles from the project-affected locals.

China Three Gorges International Corporation (CTGIC) holds the license to develop West Seti hydropower Project of 750 MW. The company has been pressing the government to lower the project’s capacity to make it financially viable. But Investment Board Nepal (IBN) and other government agencies are against doing so. A committee formed by IBN to sort the issue has submitted its report. But no decision has been taken on the report yet.

In the budget speech for Fiscal Year 2018/19, Minister for Finance Yuba Raj Khatiwada said that the government will build the West Seti Project by mobilizing internal resources. It prompted IBB, which is which is handling issues related to the project, to issue a statement, saying that the issues on West Seti are still under consideration at IBN and no final decision has been taken so far.

“We urgently need both the projects. Nepal raised the issue during bilateral talks with China. But no headway could be made because the Chinese side did not want to enter into conflict in Budhigandaki project while it has its own grudges on West Seti project,” said Gyanendra Lal Pradhan who was also in the delegation to China.

Pradhan is of the view that the government made a mistake by not giving full ownership of the project to CTGIC.

“CTGIC is finding it difficult to implement the project given the NEA’s working culture and some outdated modality of setting project’s capacity,” Pradhan, who is also an independent power producer, said.

Nepal got rid of load-shedding not only due to Ghising’s sole efforts: Minister Gyawali
48 minutes ago