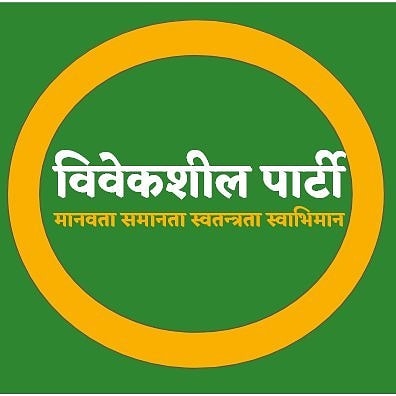 KATHMANDU, May 22: The Bibeksheel Party has condemned President Bidya Devi Bhandari’s move to dissolve the House of Representatives (HoR) on Friday.

Terming the move as unconstitutional, the party blamed President Bhandari and Prime Minister KP Sharma Oli for driving the nation toward  election at a time when COVID-19 has been ravaging the country at its worst. “This is a grave crime against the people, and they should be charged for this,” reads a statement issued by the party.

The likely result of the drama staged by the prime minister and the president, while calling the lawmakers to form a government in accordance with Article 76 (5) of the Constitution, is no other than the mid-term polls, according to the party.

The party has also demanded a judicial review of the dissolution move and urged the political parties and civil society to untie against the ‘unconstitutional’ move.

Earlier, the main opposition party, Nepali Congress (NC) also expressed its serious concerns over the dissolution of the HoR and maintained that President Bhandari and Prime Minister Oli had forgotten their morale and acted unconstitutionally.

Bibeksheel Party leaders, cadres brush their teeth in a symbolic protest at Maitighar

KATHMANDU, Jan 12: A group of leaders and cadres belonging to the Bibeksheel Party staged a symbolic protest brushing their... Read More...