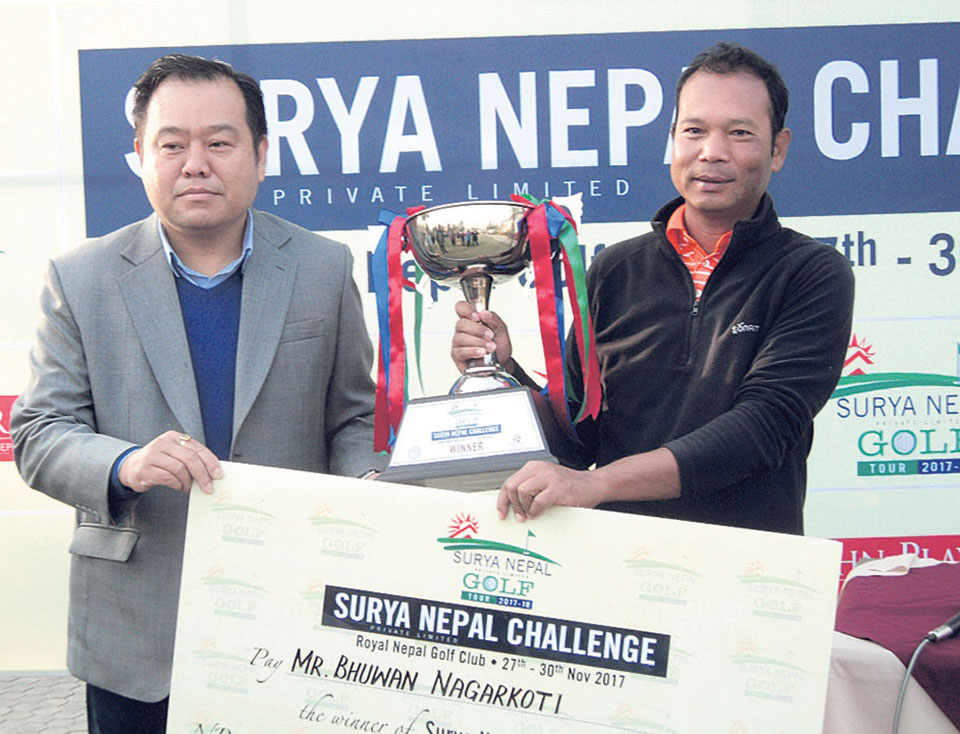 Nagarkoti defeated Nepal number one pro and the defending champion Shiva Ram Shrestha by two strokes to win the third title of the season for his fifth overall title.

Nagarkoti carded four-under 68 for the 72-hole total score of six-under 282 in the ninth event under the Surya Nepal Tour Championship 2017-18.

Dhana Thapa and Rabi Khadka shared the fifth position at 290 and they received Rs 34,500 each, while pros Deepak Acharya, Jayaram Shrestha and Bal Bhadra Rai shared the seventh position at four-over 292 and they were rewarded with Rs 26,333 each.

A total of 60 players took part in the tournament organized by Nepal PGA under the sponsorship of Surya Nepal Pvt Ltd. President of the Nepal PGA Rabindra Man Shrestha and Vice-president of Nepal Golf Association Pavitra Kumar Karki handed over the prizes to the winners.

The tour will come to its end next month with the Surya Nepal Premier Golf Tournament at the Gokarna Golf Club.

KATHMANDU, May 20: Nepal has won the team and pair categories of the International Gyarogi and Poomsae Taekwondo Championship on Saturday. Read More...

KAILALI, Dec 29: Nepal has become the champion in the recently-held 8th International Karate Championship with the total 94 medals... Read More...