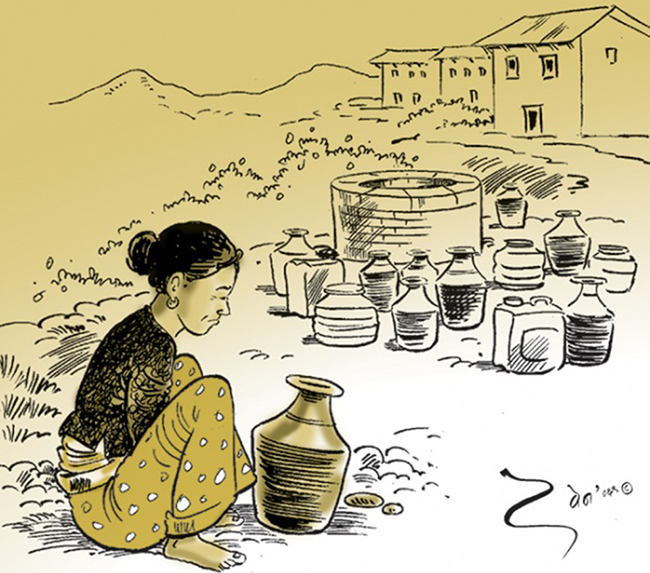 JAJARKOT, May 14: Bheri Municipality of Jajarkot district has claimed that it will eradicate caste-based discrimination and the practice of untouchability from the local unit within the next eight months.

Recently, local representatives, Dalit leaders and activists reached a seven-point agreement for the elimination of caste-based discrimination which has been criminalized by the law of the land. They made such assurance during a meeting of the municipal working committee.

Apart from discouraging discriminatory and demeaning behavior toward the people of the so-called lower castes, the municipality will also make efforts to make employment, health, educational and other facilities accessible to the Dalit community in the local unit.

Besides, it will make sure that these people have an easy access to state services. Similarly, the activists and leaders said they will ensure that these people can continue their traditional jobs using new technologies. Chandra Prakash Gharti, mayor of the municipality, informed Republica that locals will be counseled and advised through various awareness programs regarding why they should discourage caste-based discrimination.

He further added that this campaign will be launched in three phases. "We have made all preparations to declare our municipality free of caste-based discrimination within the next eight months," claimed Mayor Gharti.

Dalit leader as well as a member of Bheri Municipality, Parbati BK says the municipality will be organizing joint feasts, weddings, religious functions etc which will be attended by people of all castes.

Speaking at the meeting, advocate Iman Bahadur Sunar said if everyone abides by the laws of the land regarding caste-based discrimination, the problem will be easily solved. He also appreciated the municipality for its determination to end caste-based violence and inequality which is still very much prevalent in the rural parts.

‘Much ado about nothing’ is the title of a play by William Shakespeare which he wrote toward the end of... Read More...

One killed, one injured in Jajarkot jeep mishap

KATHMANDU, Oct 30: One person died and one injured in a jeep accident in Jajarkot on Tuesday. ... Read More...

JARKOT June 17: The white-rumped vulture, an endangered species, has been spotted in Jajarkot district. The species of the scavenger... Read More...