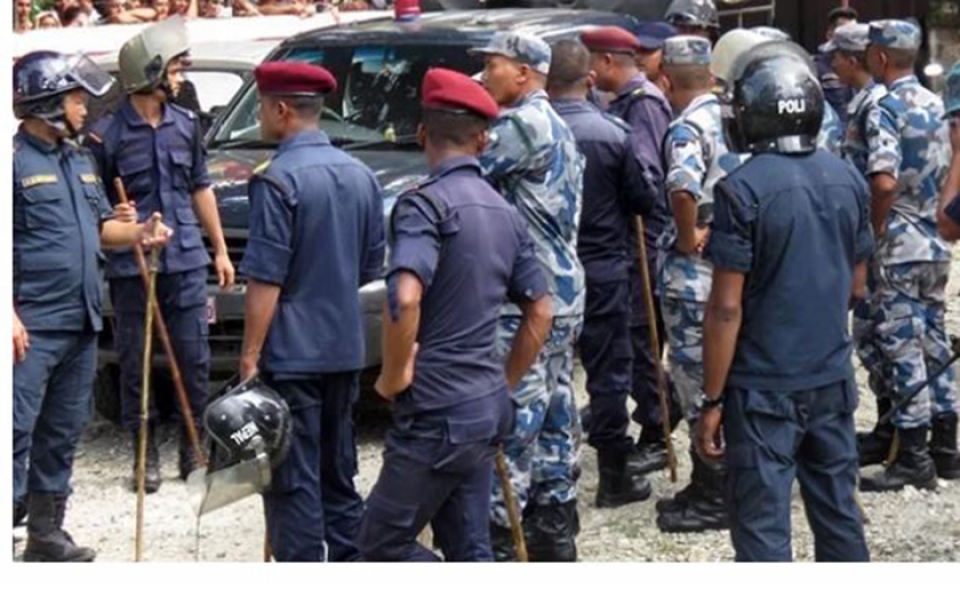 According to Dipendra Shah, DSP at District Police Office in Chitwan, the adjoining areas from Chaubis Kothi to Mal Pot Chowk have been named as the restricted zone. Various sensitive offices such as hospital, court and government offices are located along the restricted zone.

DSP Shah further said, “Ongoing demonstrations disturbed daily administrative works and service delivery, so we decided to impose the restriction.” If anyone demonstrates in the designated place breaching the notice, punishment according to the law is inevitable, he added.

The situation of Bharatpur has become tensed following the arrest of a television presenter Rabi Lamichhane on August 15 in connection with an apparent suicide case of his colleague Shalik Ram Pudasaini.

The police said they have tightened security following incessant demonstrations by Lamichhane fans demanding his release and other group demanding a fair investigation into the case.

Police file charge-sheet against Rabi Lamichhane, two others in connection with Pudasaini's suicide

CHITWAN, Aug 18: Friends and families of journalist Salikram Pudasaini who was found hanging in Kangaru Hotel of Chitwan on... Read More...

COVID is less severe with Omicron than Delta, U.S. study suggests
19 minutes ago