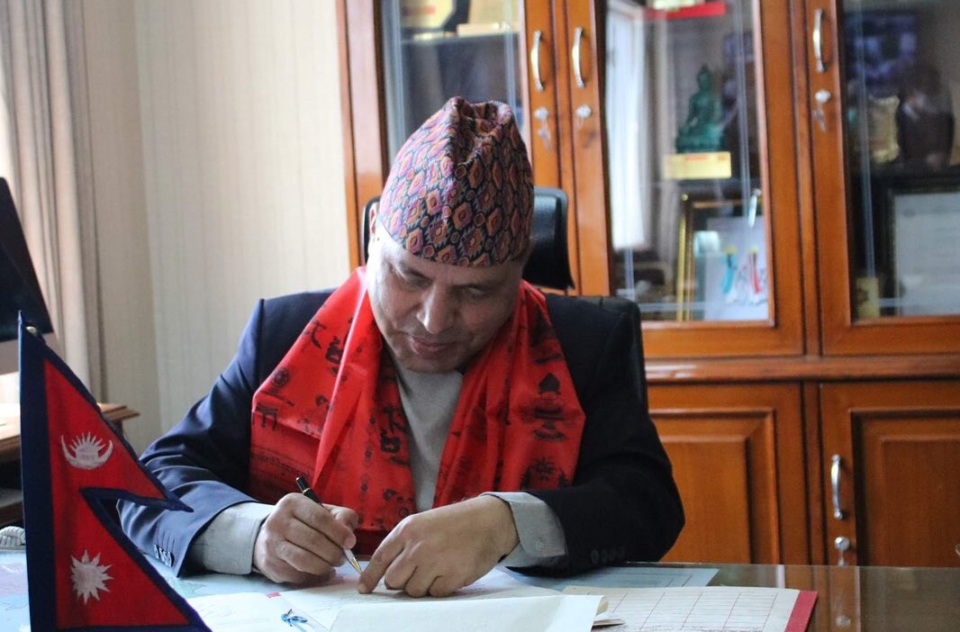 KATHMANDU, Oct 9: Bharat Raj Paudyal has been promoted as the new foreign secretary.

A recent Cabinet meeting decided to promote Paudyal, the senior-most joint secretary at the Ministry of Foreign Affairs (MoFA), to the post of foreign secretary.

Paudyal is a career diplomat, who served as Nepal’s ambassador to Pakistan from 2012 to 2016. He has served as Nepal's diplomat in various capacities both at home and abroad in his career that began in 1987.

In his capacity as the Director General of the Department of Passport under MoFA, Paudyal played an instrumental role to introduce Machine Readable Passport (MRP) in Nepal in December 2010. Most recently, Paudyal served as the official spokesperson of the MoFA for over four years.

Paudyal was also the Head of the United Nations, International Organizations, and International Law Division at the MoFA. He succeeds Shanker Das Bairagi, who was appointed as the Chief Secretary of the Government of Nepal on October 1.

Budget for tourism sector slashed by 51%

KATHMANDU, June 1: The government has slashed the budget for tourism sector by 51% to Rs 2.68 billion for the... Read More...

69 including 15 lawmakers of federal parliament test positive for COVID-19, one succumbs to the virus
21 hours ago

US in Afghanistan: In, Out and After
52 minutes ago

Congress formally decides to vote against PM Oli
12 hours ago