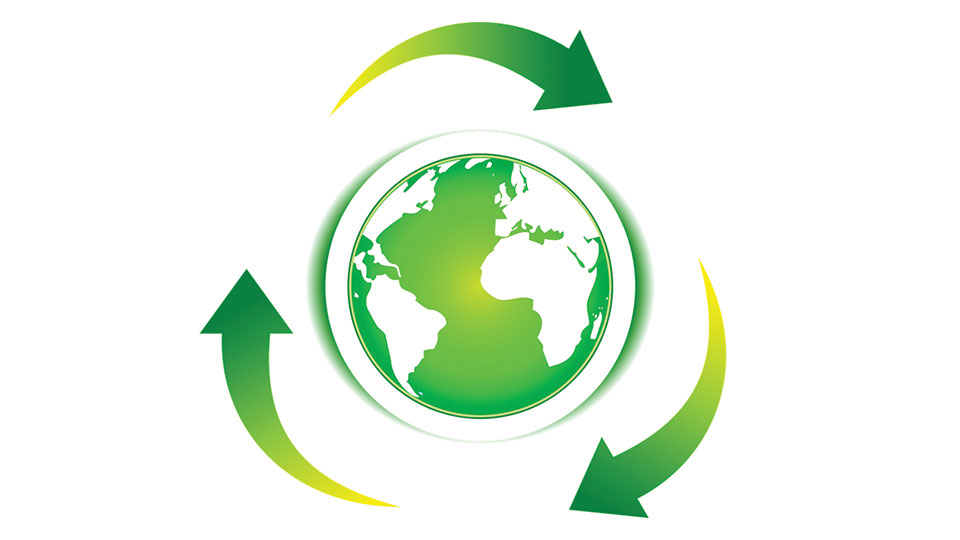 Circular economy is an alternative to the linear economic model which ends in product disposal. This is why it is gaining much attention globally and is widely popular among businesses elsewhere

All hands were raised in the meeting hall in response to a question raised by the facilitator in a training program in Delhi, organized by ICLEI-South Asia, a network of more than 1750 local and regional governments for sustainable urban development worldwide. The participants were mayors and deputy mayors from Nepal and Bangladesh. And the question was: Have you dumped mobile phones or any other electronic devices within last year? The raised hands and the resounding ‘yes’ was an anticipated response and it is suggestive of the amount of electronic waste (e-waste) produced by just a group of around 60 individuals in the room.

Electronic devices are the most generic example. But if we look around us, we as individuals generate heaps of waste from things that outlive our usage or our fancy. According to a study by Department of Environment, Kathmanduties alone discarded 18,000 metric tons of e-waste just in 2017. Yet another highly conspicuous example of waste is plastic. The plastic waste has been a hot debate not only in Nepal but worldwide. Just walking around Kathmandu, one can see huge amount of plastic waste in the city. Waste is an inevitable by-product of ‘take-make-dispose’ model of ‘linear economy’. A system in which finite resources are taken from the nature to make artificial products which in course of time gets disposed.

The rapid rise in global population and subsequent increase in the middle class consumers has created an unprecedented demand for extraction of natural resources to meet the rising demands.  Unbridled mass production and hyper consumerism has been taking its toll on the finite natural resources and with the current trend the pressure on resources will only exacerbate in future. Here lies the shortfall of linear economy—its dual effects on environment, one through production which results in natural resource depletion and carbon emission, and the other through the ‘end of life’ of product resulting into waste. Waste management has been a challenge globally and it is nothing new to Kathmandu, where litter has become part of our living environment. Hence as an alternative to the linear economic model which ends in product disposal, the concept of circular economy is gaining much attention globally and is widely popular among businesses and government policies, particularly since the last decade.

However, in Nepal, circular economy is in embryonic stage and is yet to gain traction. Circular economy, at its present form, exists simply conceptually and the discussion is limited to few blogs and you-tube videos.  Since circular economy is now being considered as a solution to problems like climate change and carbon emission resulting from hyper consumerism, a wider discussion  is required immediately among prominent stakeholders particularly municipalities, and business sectors as this model of economy seeks collaboration and partnership.

What is Circular Economy?
Circular economy, as the name implies, shifts from existing linear model of “take-make-dispose” to a chain or circular form. The simple typological change from line to circle carries a significant meaning with it. In a circular economy, any material produced and used can/should be taken to another production cycle—biological or technological. The ‘end of life’ concept is replaced with restoration, regeneration and reuse. Ultimately the waste is reduced by superior design of materials, products, systems and business models. A simple example could be designing laptop and mobile phone chargers that could fit different brands and models.

Circular economy is often equated to waste management which is a narrow understanding of a much broader concept. Circular economy operates within three basic principles: a) design out waste and pollution b) keep products and material in use and c) regenerate natural system. To sum up, it promotes less production of waste in the whole production system. It promotes minimization of waste production rather than waste management.

More than recycling
Circular economy could be easily mistaken as re-cycling of waste. However, the most consequential trait of this model is its minimization of waste production. Instead of managing the waste at the end of a production cycle, circular economic model requires thinking through the entire production cycle and the end use of the product beforehand. Hence, it ensures that a minimum of waste is generated as the products will have longer life span and are reused in different forms. Hence, re-cycling is not required or minimized. The ultimate goal is to create no waste and reduce the need to buy new commodities.

Alexandre Lemille, circular economy expert in his article in The World Economic Forum has cautioned that the advancement of recycling industry may maintain the status-quo of ‘take-make-dispose’. At present, only nine percent of economy is circular, 91 percent of waste does not go back into the second production cycle.

In this scenario, recycling is vital to cope with the mass waste production. Nevertheless, recycling process consumes energy and does not decrease the production. Transitioning into circular economy is not easy as it is a complex process. It is even more so for countries like Nepal where consumption is much higher compared to domestic production. Therefore, the first and essential step toward circular economy in countries like ours is by reducing consumption by refusing products.

Time to promote
In view of realizing the Sustainable Development Goals (SDGs), European Union is promoting circular economy. But we have been practicing the concept of circular economy in some way already. Nature can be regarded as the first true teacher of this model. Water-cycle can be taken as an example. Water cycle follows a circular path of evaporation to rain which moves along the surface to finally reach an ocean where again it turns to vapor. Rainwater also percolates from soil to form underground aquifers (a major source of water for daily use).

Traditionally we have also been practicing circular economy in our daily lives. Take water management in the community. We keep the source of water clean. But changing lifestyle in cities and villages due to urbanization and advancement of technologies has discouraged traditional sustainable living practices. Increase in impervious surfaces within cities and town has prevented percolation of water to aquifers, turning much precious water into waste.

Circular economy demands technological innovation so that the materials and products after their primary use can be looped back to production system. Thus we need to rethink our development approach and redefine circular economy model.

To promote circular economy, we need to consider three Is—indigenous knowledge, innovation and incentives. We have discarded much of indigenous and local knowledge. We need to revive it. Development should be redefined according to our value systems and resources, encouraging reflect, realize and revive principle to promote circularity.

Second, a favorable environment needs to be created for promotion of innovation in business. This can be achieved through start-ups. Doko Recyclers and Tyre-Treasures are widely popular for their up-scaling of what used to be considered as just waste. With their work they have added new values to waste products. The new business models should be encouraged to come up with an idea that promotes circular economy. Finally, the government should provide incentives for businesses to promote circular economy. Tax exemption for certain time could be a way to begin with.

By promoting the circular model, the country will benefit more as the cost of waste management will be higher tomorrow than incentivizing businesses today.

KATHMANDU, Nov 7: Mayors of over a dozen metropolitan cities of the Asia Pacific region have vowed to work together... Read More...

Rabi Lamichhane was sued to change the balance of power: Pokharel
4 minutes ago

Gold price rises by Rs 200 per tola
36 minutes ago

Far West of Nepal  at high seismic risk
36 minutes ago