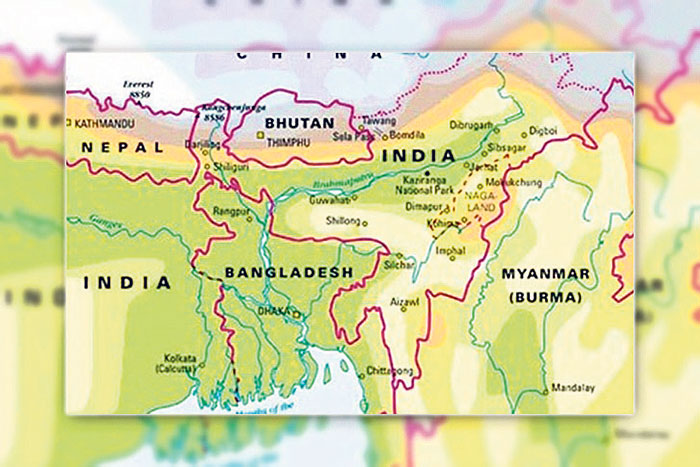 A seamless transport system can integrate the region by promoting trade, tourism and investment links

It has been two and a half years since the endorsement of the much-touted Bangladesh-Bhutan-India-Nepal (BBIN) motor vehicle agreement by transport ministers of the four countries in this sub-region. But the agreement is not moving forward, pending ratification by Bhutan, one of the four signatories, and due to delays in negotiating related protocol. The agreement was an upshot of the failed transport agreement that was supposed to be signed during the 18th SAARC summit in Kathmandu in 2014. But even the sub-regional process in South Asia is not free from hurdles and as such calls for a fresh start.

The South Asian sub-regional economic cooperation between the four countries was started in late nineties as a project-led initiative under the broader framework of regional cooperation. The signing of a motor vehicle agreement in 2015 was a departure from the long-run project development and implementation approach of cooperation supported by the Asian Development Bank. The agreement thus signaled the possibility of a full-blown sub-regional trade and economic partnership arrangement. But the project has somehow gone off-track.

Multiple benefits
Nepal as a landlocked country has two interests in the sub-regional cooperation. One, it will enhance cheap transit services to ports in India and Bangladesh; two, it establishes good transport linkages and removes market entry barriers for bilateral trade with two of our neighboring countries, Bangladesh and India. There is also a potential to transform Nepal into a transit hub and a land bridge between China and South Asia. Meanwhile, the sub-regional process can serve as a building block for the larger regional economic integration. So the importance of the sub-regional cooperation mechanism cannot be overstated.

The BBIN sub-region is bound by commonality of economic and cultural factors, as well as common social norms and values. Poverty is a common problem and thus the objective of regional cooperation should be to achieve decent life and livelihood for the people and realize equitable development. Geographical proximity among these countries has been rendered redundant by their disintegrated transport systems. As a result, people-to-people connectivity is poor and the high cost of moving goods across borders is eroding competitiveness of the underlying economies.
Increasing connectivity should remain a high priority to achieve greater economic cooperation, integration and social cohesion among the countries and their peoples. A seamless transport system can integrate the region by promoting trade, tourism and investment links. This may require developing various modes of transport infrastructures, particularly road, rail and inland waterways to link markets. Increasing inter-modal competition in transport is essential to reduce the cost of transport services.

Technological solutions are available to reduce cost of transaction. A functional transit agreement based on simplified and IT based documentation and procedures should thus be negotiated and implemented.

Energy connectivity is another important aspect of sub-regional cooperation. The hydropower of Nepal and Bhutan and the thermal power of Bangladesh and India could be shared through development of a common transmission grid. Availability of onsite and offsite energy for the energy hungry area would trigger growth of industry and services.

Finally, connectivity is also a function of a network of cross-border production units. The philosophy of ‘fragmentation of production and integration of market’ is behind the success of large economic blocs. Majority of global trade now takes place between industries located in different countries in a region, but not so in South Asia. India and Bangladesh are emerging as among the best manufacturing hubs in the world. But Nepal and Bhutan are lagging in this. These countries may piggyback in production network of select sectors in India and Bangladesh like readymade garments, pharmaceuticals and light engineering goods.

The BBIN motor vehicle agreement is at a crossroad, with as many hopes as confusions characterizing the process of sub-regional cooperation through enhanced connectivity. It is important for the three parties to the Agreement to ensure that the process moves forward with quick adoption of subsidiary protocol and understandings. Bhutan has some concernsand may join the process later when it feels comfortable.

India as the largest economy of the sub-region should take leadership in creating a seamless transport system within the sub-region and strengthening economic integration. Greater harmony among participating countries and common approaches to sub-regional cooperation can lift all boats. Let us hope that this will happen in this eastern sub-region of South Asia sooner rather than later.

The author is former Secretary of the
Government of Nepal. Views are personal

Nepse increases slightly by 4.62 points, while daily turnover drops as low as Rs 1.474 billion on Monday
30 minutes ago